If my family had a crest, it would be someone holding their head with a sinus headache. My mother and brother get headaches fairly often, and I had surgery a few years ago to alleviate my sinus’s tendencies to get rather angry. So I was quite excited when we were offered the chance to review the Tivic Health ClearUp! 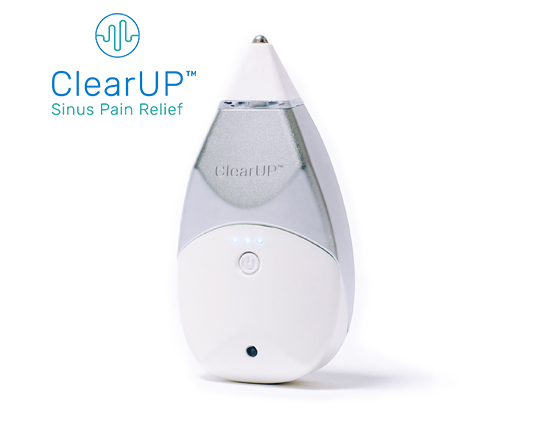 ClearUp is designed to relieve sinus pressure without nasal sprays or hot water rags. Instead, you turn it on, slide it along your face, and stop whenever you feel it begin to vibrate. It vibrates wherever it hits a spot where you have blockages that might be causing a headache, and it stops when it’s treated them. You can use it several times a day, and it only takes a few minutes to slide it around your face. 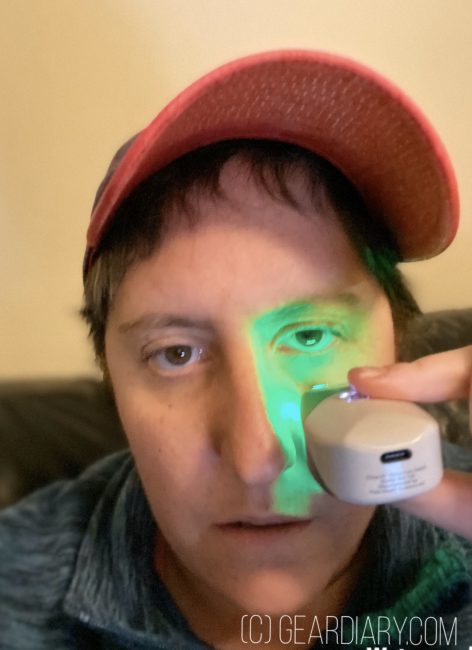 Sounds like magic, doesn’t it? Here’s how ClearUp says it works:

To be totally honest, it still kind of sounds like magic. Tivic has a number of references and medical research if you want to dig deeper into the science of it all. But here’s the 100% most important thing: IT WORKS. As I said in the intro, I am unfortunately something of an expert in the world of sinus pain, and when my allergies went absolutely bonkers on me this fall, the ClearUp was a godsend. I was still stuffy and sneezing and all that jazz, but I would reach for the ClearUp in the morning and before bed, and it really did seem to have an impact on my headaches. There’s definitely some real science behind their detecting treatment points, because I can feel it start to vibrate right at my trouble spots, and yes, I know exactly where my trouble spots are with my headaches. Anyone who gets terrible sinus headaches is generally pretty good at knowing the spots where that telltale throb is starting, and I swear the ClearUp would kick in and start vibrating at those without any training or programming on my part, so I’m inclined to believe their claims of micro currents. And the vibration really does help. This is basically a dynamic, high tech version of the old “press really hard on the spot that hurts” trick that can sometimes take the edge off a headache. 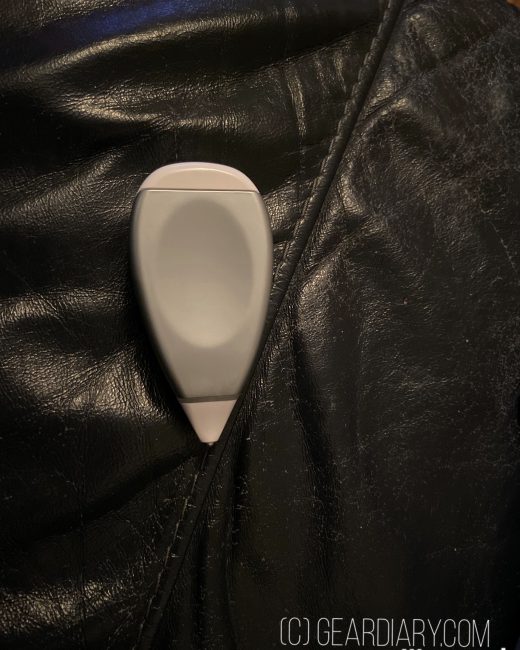 ClearUp feels very comfortable and solid to hold. The back is slightly concave which makes it more comfortable in your hand, and the tip doesn’t feel uncomfortable as you roll it across your head. It’s got one button that works for power as well as vibration adjustment-you can set it to three different levels, depending on what works best for your needs. My one quibble is that it appears to use USB-C for charging, but I could only get it to charge with the included charging cable, so don’t lose it. 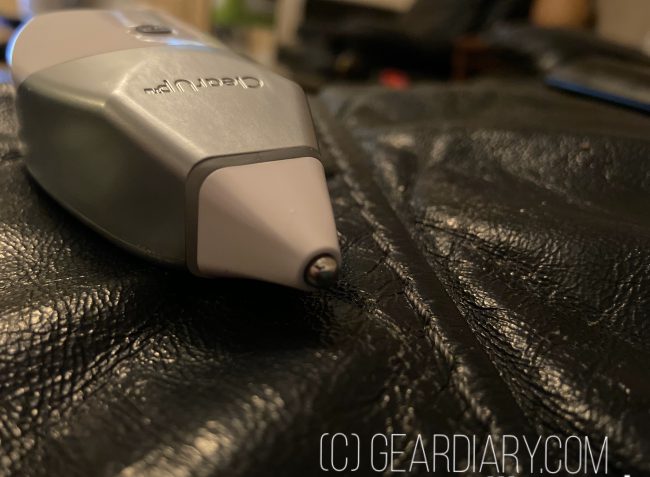 There are a number of benefits of reaching for the ClearUp. First of all, it’s not medication, so you don’t have to worry about dependency or prescriptions. You’re not shooting anything up your nose, so if you’re extra stuffy it’s ok. You’re not burning or freezing your face off with hot and cold compresses. And then you don’t get that lingering weird smell that Flonase leaves behind…that last one might just be my issue though. It’s also the kind of thing you can easily carry with you — Tivic even thoughtfully includes a carrying case. You might get a weird look or two, but it’s far, far better than suffering through a headache. ClearUp works on any sort of sinus pressure, and earlier this week I even used it when a toothache was threatening to spread into a sinus headache. I did not push it on my tooth since I’m pretty sure my dentist would not have approved, but it did keep the toothache from being a bigger pain than it already was. 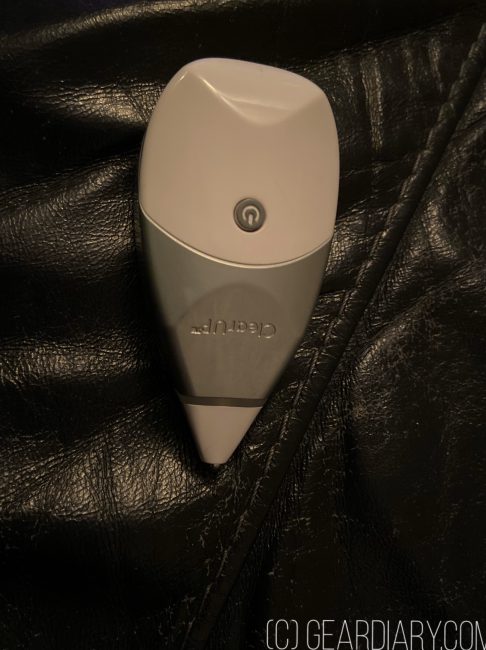 Battery life on the ClearUp has been solid; I’ve used it on and off for about 2 months and only charged it once, though it depends on your use and the level of vibration you use. It also doesn’t appear to take very long to charge, so unless it’s an emergency it shouldn’t be a problem. It’s a little pricey at $149, but if you’ve ever had a truly awful sinus headache you know you’d pay anything for relief. It’s not currently covered by insurance, but Tivic says they’re working on it, and depending on your insurance you might be able to sweet talk a reimbursement out of a flexible spending account in the future, so that’s something else to consider. Obviously, this is not a replacement for medical attention, and if you are concerned you have a sinus infection you should check with your doctor. But as a tool to keep headaches and discomfort at bay, whether magic or technology, it just works!

What I Like: Portable; easy to use; Very effective on sinus pressure; Carrying case included; Relatively affordable if you compare it to the cost of a season’s supply of Flonase

What Needs Improvement: Would only charge with included charger despite using USB-C; High upfront cost; People may look at you funny for holding a small vibrating device to your face