Smartphones make life so much better — we’re easily connected to so many important pieces of information, from banking to email to home automation, all at your fingertips. Unfortunately, they provide a pocket-sized obstacle if, say, you want to surprise someone who has an alarm system and an addiction to their email. 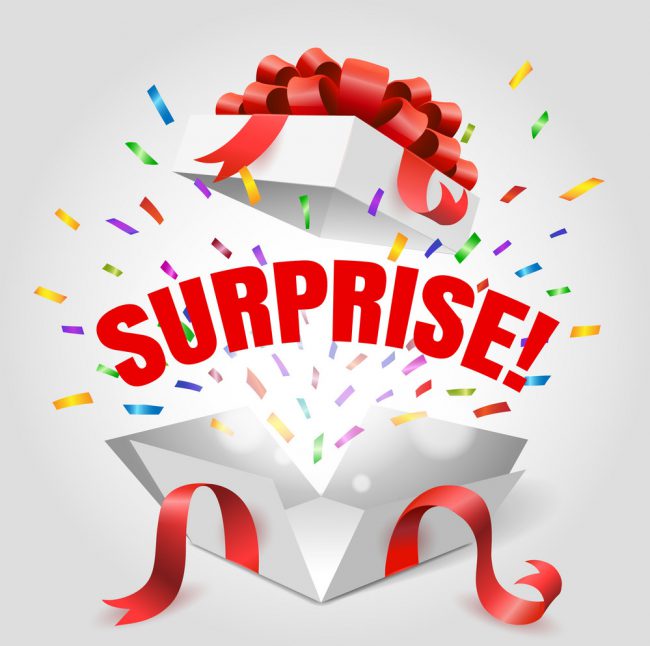 As you might have guessed, that wasn’t a hypothetical. Last weekend was my father’s birthday, and my mom desperately wanted to surprise him. My son and I were already going to be with my parents on a trip, so the plan was for my brother and his fiancee to be waiting at my parents’ house to surprise our father when we returned. Over the summer, this seemed like the perfect plan, until my parents’ security system got an upgrade that triggered smartphone push notifications every time the alarm was set or the door opened. Which would make it rather difficult for my brother to sneak in when no one was home.

So after discussing and discarding a few ideas (like trying to bring the neighbors into it with a fake story about them needing a reason to come into the house), my mom convinced my dad that the notifications were annoying and he should turn them off on both their phones. Ok, great…until 2 hours later, when my dad casually mentioned that he didn’t need the notifications, he also received an email when the door opened. This led to operation “steal dad’s phone and delete the alarm code email”:

Step 1: My brother and his fiancee casually mentioned they were going to be out of town in a totally different state the weekend of dad’s wedding.

Step 2: The night they arrived at my parents, they sent a group text letting everyone know they’d “arrived at their friend’s house.”

Step 3: My mom began to complain the battery on her 8+ had been draining quicker than usual, so I borrowed it to look at her battery usage…which gave me an excuse to ask for my dad’s as a comparison.

Step 4: While my dad thought I was looking at his settings, I opened his email and deleted the alarm notifications.

It sounds simple when you type it out, but it was remarkably stressful … I don’t think I am cut out for spy work! First the restaurant had poor signal, so the emails weren’t loading, then we had to hope he didn’t check his email before we got to the hotel, then I had to somehow hope he didn’t look over my shoulder while I was “checking his settings”… my mom said she wasn’t sure if he fell for it until after I left their hotel room and he started “mansplaining” to my mom how much she used her phone.

Luckily, he did fall for it and was completely floored when he walked in the door and my brother and his fiancee popped out of the kitchen. But it’s just amusing how much simpler this would have been even five years ago when everything didn’t trigger a notification!