Screentime” is the ultimate debate in parenting these days. How long, what time of day, which devices … Ask 10 parents, and you’ll get 30 opinions. Whatever your philosophy and strategy, if you have Xfinity for your internet service you’ll want to check out xFi’s new features to refine internet downtime, no matter your screen time rules. 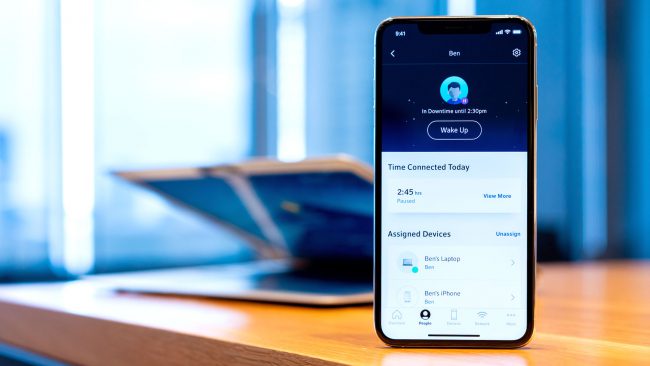 It’s fairly simple-just download the xFi app, and you can set all kinds of downtime schedules, even customizing it to each child’s profile. That allows you to refine the restrictions per device, rather than punishing the whole family by unplugging the router. And controlling screen time, in whatever form it takes, is actually a fairly important aspect of parenting these days, because screens and devices are everywhere!

Common Sense Media (a fantastic general resource for parents) has a long report on screen time and kids, but the biggest thing is their opening point:

On average, 8- to 12-year-olds in this country use just under five hours’ worth of entertainment screen media per day (4:44), and teens use an average of just under seven and a half hours’ worth (7:22)—not including time spent using screens for school or homework.

That’s a not-insignificant amount of time, and this is a generation that’s growing up where smartphones are not only common but expected. I have a flip phone here for review, and my 6 year old is completely confused by the lack of a touchscreen and literally laughed at the idea that all phones used to look like what he called “a Power Rangers morpher”. We went from having a computer being mandatory to high speed internet being a utility to wifi being the default, and Xfinity is working to help parents keep up!