One of the greatest things about technology is that it is constantly, relentlessly, moving forwards. Speakers and headphones have reached a point where even entry-level provides a richer experience than the most advanced models 20 years ago. JBL is ready for the next great leap forward, with devices that provide a 360-degree listening experience. 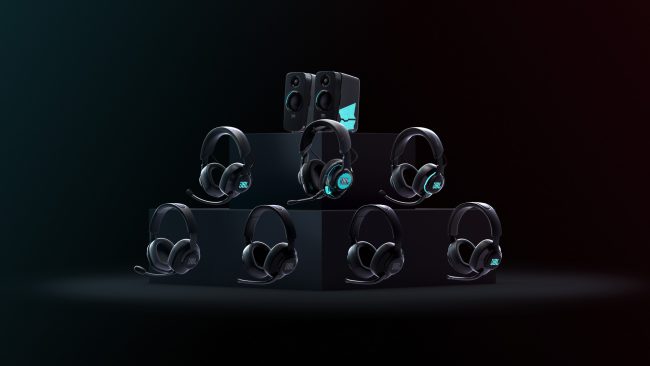 The JBL Quantum line are gaming headphones designed to bring the audio experience into the same sharp realism as graphics. They use what JBL calls QuantumSURROUND to make sounds that much more realistic and detailed. Then there are the Quantum ONE headphones, which bring true 360-degree sound to gaming headphones. 360-degree sound, in a nutshell, means that when you turn your head, the sound shifts in such a way that it makes it feel like you’ve moved relative to the source of the sound. So if you’re looking straight ahead and hear the sounds of cars zooming past you, that same sound shifts when you turn left or right, just as it would in real life. It adds a layer of auditory realism to gaming that goes above and beyond what anyone else offers. That level of sound fidelity is only available on the Quantum ONE for $299.95, but the QuantumSURROUND is found on the entire Quantum Series, from the Quantum 100 starting at $39.95 to the Quantum 800 at $199.95. 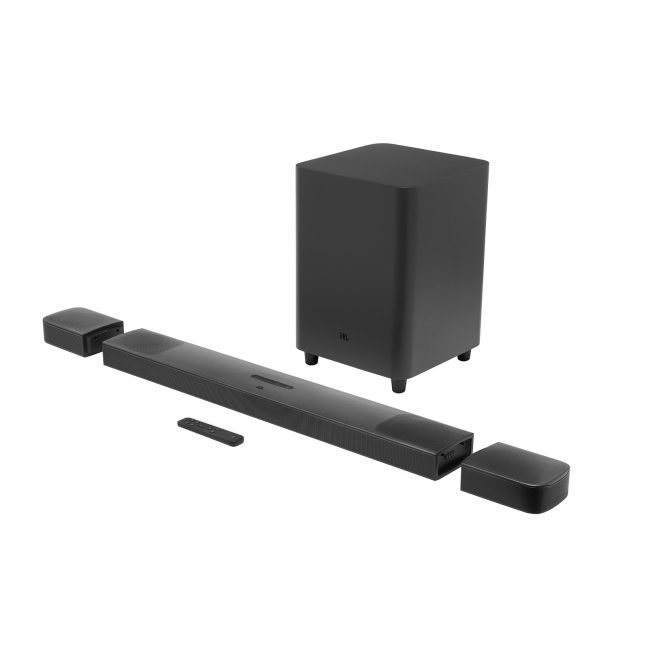 We’re all used to using soundbars as a way to boost movie night to the next level, but JBL takes it further with the JBL Bar 9.1. Not only do you get Dolby Atmos built-in, Dolby Vision support, Chromecast, and Airplay built-in, and an included 10-in subwoofer, the bar has two detachable battery-operated speakers. Detach the speakers and place them behind you while using the bar, and you get 360-degree sound due to how the speakers aim the sound up to make it more truly surround sound. It also connects via Bluetooth so you can connect it to your phone for music as well as video enjoyment. All that sound fidelity isn’t cheap though-the JBL Bar 9.1 is coming spring 2020 for $899.95.