Immediately after the iPad Mini was announced, one of my coworkers asked me what I thought. I told her it seemed like a neat device, but the price came in higher than I had expected. She was a bit surprised at the price as well, and she basically said at that level she was more inclined to look at the Kindle Fire.

Apparently she wasn’t the only one.

According to The Verge, the Kindle Fire had its best sales day ever after the iPad Mini was announced. This doesn’t surprise me too much, as I think the iPad Mini was so hyped, and so built up, that people began to believe it was everything to everyone. When it came in higher than the competition, all the people who had convinced themselves it was a “budget iPad” were disappointed, and they moved on to the more affordable Fire.

This really highlights how well Amazon has promoted the Kindle Fire. It may not offer everything the iPad Mini does, but it’s a decent 7 inch media tablet, and it comes in at a much lower price. Plus, with the addition of Bluetooth and a few other tweaks, it has the potential to offer extra productivity options as well. Most importantly, when people were disappointed in the price of the iPad Mini, the Kindle Fire was where they turned next.

Now, I’m sure the Nexus 7 and the NOOK HD had some bumps in sales too, but I can’t see someone who doesn’t follow tech circles immediately jumping on one of those over a Kindle. Amazon has been running Kindle ads like crazy throughout prime time, and they had a big, splashy event to announce their fall updates to the Kindle. Google is busy readying their new Nexus 10 (though that’s been delayed thanks to Hurricane Sandy), and Barnes and Noble apparently thinks consumers spend inordinate amounts of time reading press releases quietly emailed at midnight. Of the three major 7 inch tablets, the Kindle Fire most likely has the biggest mainstream recognition, and so it’s not surprising that buyers looking for a budget tablet jumped on the Fire when the iPad Mini didn’t fit the bill.

I think the iPad Mini is a bit too in-between for my tastes. It’s a bit pricey for a media tablet, and for just a bit more you can get a full size iPad with more power and a better screen; but to each his own. These supposed Kindle Fire sales make me very curious about something else, though: did Apple see a big uptick in regular iPad sales after the iPad Mini was announced? We’ll never know for sure…but I’m willing to bet a big segment who were holding off to see how the Mini turned out (and who didn’t buy a Fire) jumped on the new iPad 4 instead… 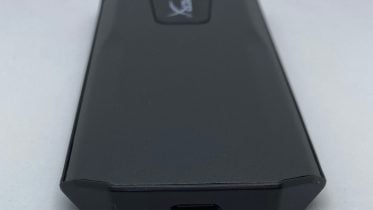