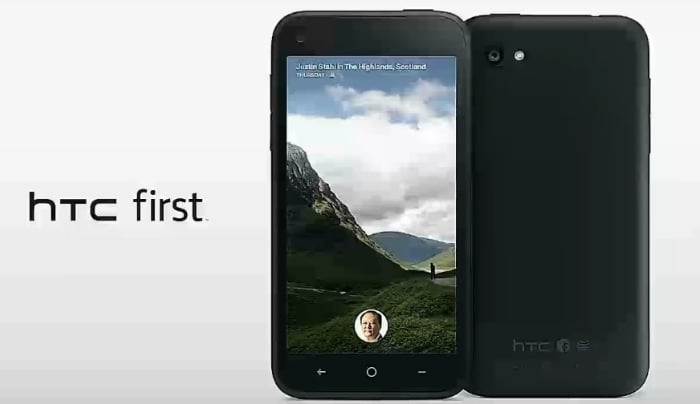 I watched the Facebook Press Conference during which Facebook Home and the HTC First Android Phone with Facebook Home launched two weeks ago with a bit of amusement. I’m not a huge Facebook user, but my amusement really wasn’t just about my lack of being a Facebook fanatic at play; the idea of Facebook being my welcome screen and launcher just didn’t seem like something I would ever want. Facebook Home takes one means of connection and makes it central to my entire mobile experience. Having it on a dedicated Facebook phone means that I would need to go THROUGH Facebook to get to my other apps and services. It means I would basically need to give over a huge portion of my mobile life to Facebook, and that simply didn’t interest me.

To say that sales of the HTC First Facebook phone have been bad would be generous. A more appropriate word to describe interest in the HTC First with Facebook Home would be “abysmal”.

That’s the word an industry insider used when sharing with me the pre-order and first weekend sales numbers of the first phone built specifically for Facebook Home. How bad were the sales numbers? Let’s put it this way – less than 500 units on the East Coast. That’s not 500 thousand units, or 500 units an hour; that’s not even 500 units per store. No, my source told me that the TOTAL number of presale and first weekend handset sales on the East Coast was a TOTAL of less than just 500 units.

I cannot begin to imagine what stock AT&T is currently holding of the device, but I have a pretty good sense that the phone which is currently $99 on contract will be dropping down to $49 or even 1¢ in a matter of weeks.

The bottom line is this — sales of the HTC First with Facebook Home were basically non-existent.

In contrast, I don’t know what pre-orders for the HTC One look like, but I have a review sample and it is fantastic!!

And it isn’t just the HTC First Android phone with Facebook Home that’s having an issue. If you look at the Play Market and current ratings of the Facebook Home application that is now available for download to a variety of devices, you’ll see that it has a one star rating. I’ll admit to putting Home on my HTC One X, and I think the one star rating is actually generous.

That means the HTC First Android Phone with Facebook Home is a complete flop and, at least thus far, so is the Facebook Home app.

I’m not surprised in the least by any of this; are you? Tell us your thoughts in the comments.