Yet despite its sub $200 price point, the 7X looks and operates much more so like a premium device than a budget mid-ranger. 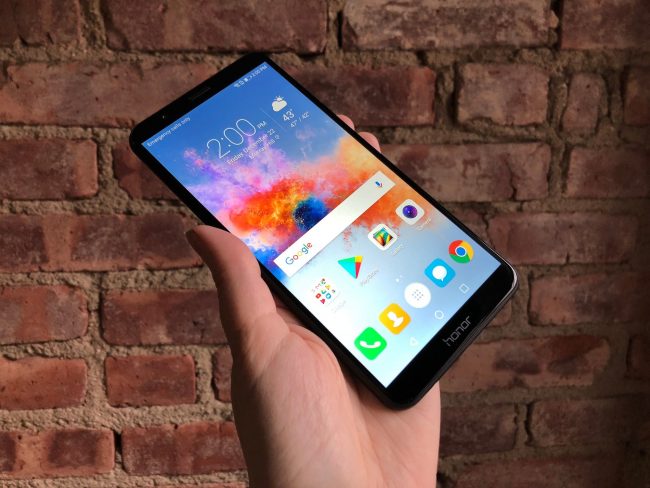 The large 5.93-inch display on the Honor 7x is packed into a phone with a 5.5-inch body that rocks minimal bezels, just like the flagships do. Despite its large screen size, the phone is very comfortable to grip and hold. The display itself uses an 18:9 aspect ratio, making it ideal for competitive gaming and movie watching. The display is a full view HD+ display with a 1080 x 2160 resolution, and it’s overall a very good display. Visuals are sharp and bright with good color reproduction. Is its display going to compete with a flagship display? Hardly. But it is a great display that will please most users, and it certainly doesn’t seem like a budget display at all.

Similarly, the all-metal aluminum body of the Honor 7X feels extremely premium like that of a much more expensive phone. It’s super thin, and its curved edges make it easy to grip. The design actually resembles the iPhone 6/6s a lot. Heck, it wasn’t all that long ago that only flagship phones sported this kind of all metal build quality, so it’s quite impressive to see this level of quality and design in a $199 phone. 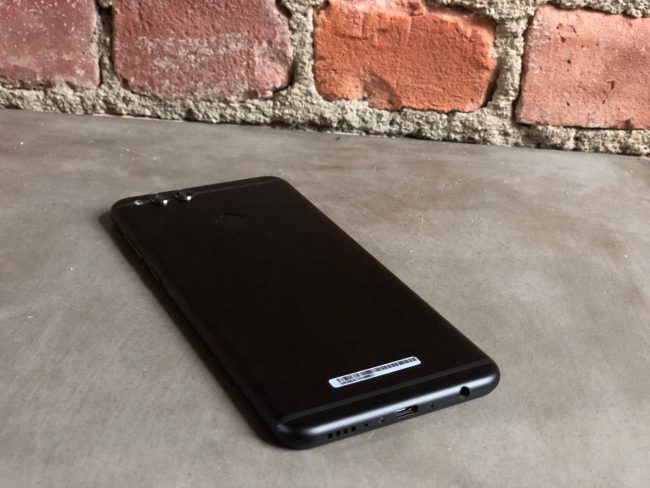 We mentioned above that the Honor 7X’s display is optimized for gaming, and so is its performance. Again, that’s something pretty astonishing to find in a budget smartphone. Under the hood, the honor 7X is powered by a 2.36GHz Octa-core Kirin 659 processor running alongside 3GB of RAM and it offers 32GB of onboard storage. When it comes to benchmarks, the 7X earned a Geekbench multi-core score of 3597, that indicates that it’s a little bit slower than last year’s Galaxy S7 flagship model, which is pretty impressive at this price-point. The phone earned an AnTuTu score of 62225.

The 7X comes running Android 7.0 with Huawei’s EMUI 5.1. There is a lot we like about EMUI 5.1, such as all the neat functions it adds to the fingerprint reader, a pretty advanced camera app, gesture control functions that do things like triggering a countdown to a selfie by turning your palm to the camera, and One-key Screen Split screen forerunning two apps side by side. On the other hand, the phone does come with some bloatware apps, but the bloatware is forgivable at this price.

The Honor 7X even manages to offer dual-lens 16MP + 2MP camera with portrait mode. Again, this kind of optics isn’t what we would typically expect from a budget smartphone. So how does the camera perform? It’s pretty good and definitely above average for its price. That said, it doesn’t come close to what you’ll get won a flagship phone. To that effect, portrait mode is often hit or miss, especially if you’re not operating in good lighting. The camera app also offers some advanced pro controls and HDR support. 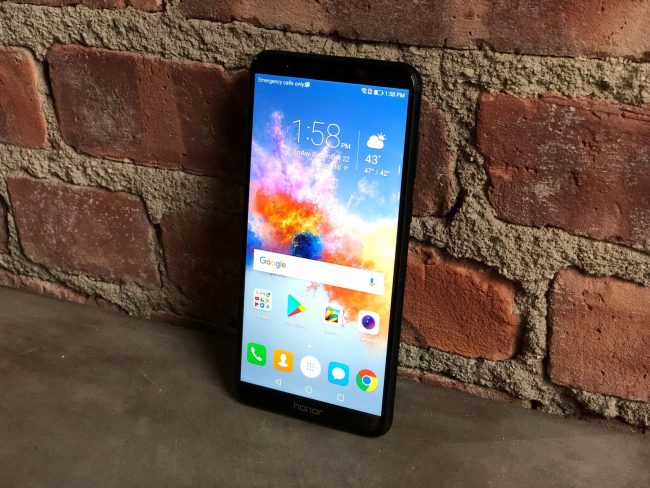 The Honor 7X’s camera isn’t the greatest, and we wish that the phone came running Android 8.0, but we’re just nitpicking at this price point. Overall, the Honor 7X is a truly terrific phone for the price. If someone hasn’t warned you ahead of time, when you pick up the Honor 7X and hold it and use it, you’ll be shocked to discover how little it costs, and that speaks volumes about why it is such a killer budget phone.

The Honor 7x retails for $199 (unlocked) and comes in a choice of blue or black.

What Needs Improvement: Some bloatware apps but it’s really forgivable at this price; It charges via microUSB and not USB-C; Comes running Android 7.0