Motorola has been having a busy morning. They’re updating their flagship Moto X with not one but two new devices, plus their budget Moto G is getting a boost as well! All three phones are going to be available via Moto Maker, so your phone will be uniquely yours. The question is, which one to buy? 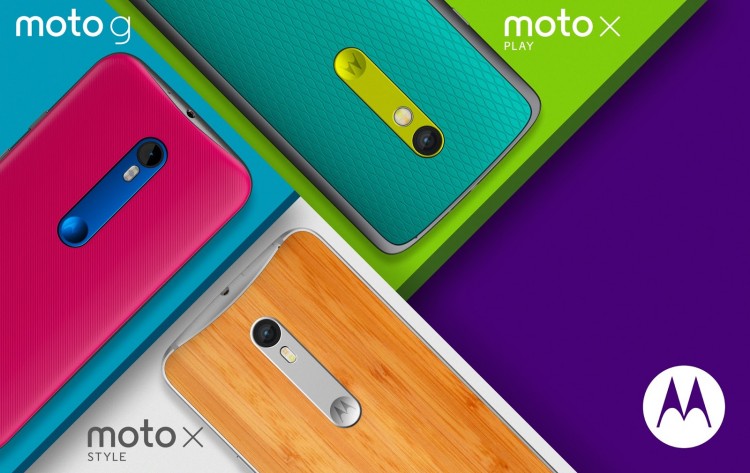 The Moto X Style is the top of the line in these new releases, with a 5.7 inch screen, 21 megapixel camera, and “universal banding”, meaning you can buy a Moto X Style and use it on any USA carrier. It will be offered in a “Pure” edition that presumably is just straight Android, no skins or other interference, and the best part is the price: it will come in at $399 off contract. At that price and with those specifications, the Moto X Style will stack up nicely against other phones sitting in that same price range, plus they’ll have the huge advantage of also being available on Verizon and Sprint. Personally, I’m doing a happy dance because we’re on Verizon, and I’ve watched sadly as affordable Android phones have flooded the market, but none that are compatible with Verizon Wireless. As soon as my HTC One M8 kicks the bucket, I spy a Moto X Style in my future!

If you’re looking for a slightly cheaper and smaller phone, and you’re not in the USA, Motorola has the Moto X Play edition for you as well. This one comes in with a 5.5 inch screen and a slightly slower processor, but Moto also throws in “water-repellent design” and a 48 hour predicted battery life to sweeten the pot. It actually looks like a pretty great phone, and will likely be cheaper than the Style, so if you’re outside the USA and want a more compact Motorola experience this is the phone for you.

Finally, the lowly Moto G is going from “cheap, sort of capable” to “cheap AND capable”, with water resistance, a 13 megapixel camera, and the opportunity to customize it via Moto Maker. No word on pricing for the Moto G, but presumably it will follow its predecessors and be the cheapest in the lineup. Based on how solid Motorola’s earlier low-end offerings were, this looks like it could be a quite impressive offering for budget seekers!

Which Moto is in your future? Let us know in the comments!