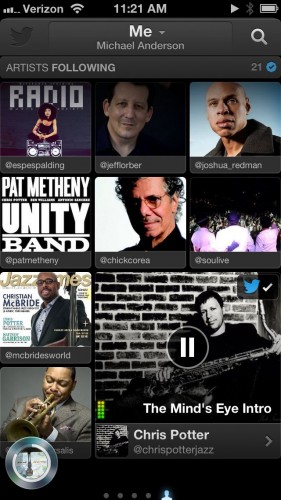 Twitter has been rumored to have had a music service in the works for a while, but since we don’t dabble in rumors here at Gear Diary, we waited until it was released to cover it. Now it is out, and it isn’t as much of a ‘music service’ as it is a ‘music DISCOVERY service’, one that depends on artists being on Twitter and having their music mapped out on iTunes, Spotify or Rdio.

Twitter describes the service as “A fresh approach to finding new music by using Tweets and follows to power discovery.” The service offers charts of popular and emerging artists, or if you are like me and hate all of that, you can follow artists and listen to tracks from them on the go. Currently you can ‘Listen Now’ via iTunes, Rdio, or Spotify.”

One issue is that you can choose iTunes OR Rdio OR Spotify. You can see what happened when I tried to sign up for Spotify as well as Rdio – it just swapped one for the other. 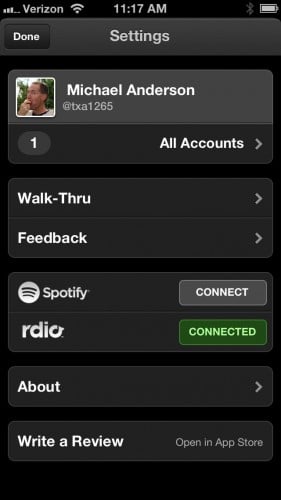 Twitter #Music is currently an iPhone-only app (optimized for iPhone 5) that does pretty much what it says. I have noted that the vast majority of jazz artists I follow are not showing up on #Music, but there might be more work they have to do to properly get hooked in. Once that happens, I am hoping that I can use this to jump from Geoffrey Keezer to Peter Hum to Chris Kelsey to Chris Potter and see who all of those artists are following and expand my listening circles even further.

Have you grabbed it? What do you think?