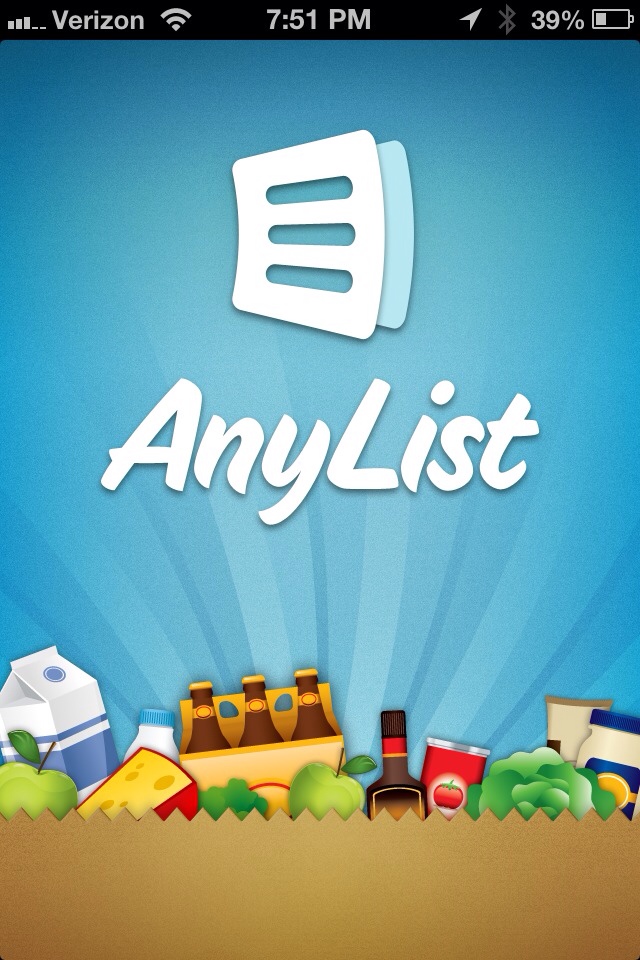 I am always on the lookout for a good app to make grocery shopping go more smoothly. Ideally, I’d prefer that we get all our groceries in one day of running around, since it eliminates that “Oh crap we forgot ____” mad rush to the store mid-recipe. I’ve used to-do apps, as well as simple list apps, but over the weekend I stumbled on an app that has two features which make it hands down my new favorite. What’s so great about AnyList? Read on for the highlights! 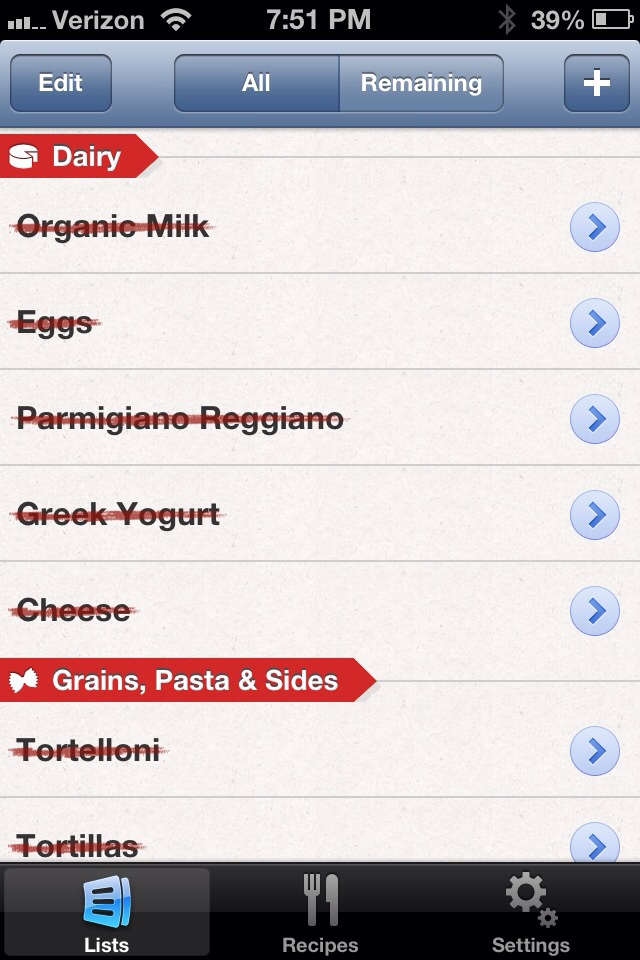 One, and the quest that led to finding AnyList, was that you can easily share lists with other users. Sarah wanted us to use an app we could both share and edit, since we were picking out recipes to prepare for the week on each of our phones. A quick App Store browsing led to AnyList, and within five minutes I was up and running and inviting her to our grocery list. We each get a notification if the other edits a list, and the changes are immediate. So if she’s at home adding a last minute item as I drive to the store, the list is already up to date once I get there! I was immediately pleased that setup and sharing was so simple, but what I really loved was how it set up the lists. 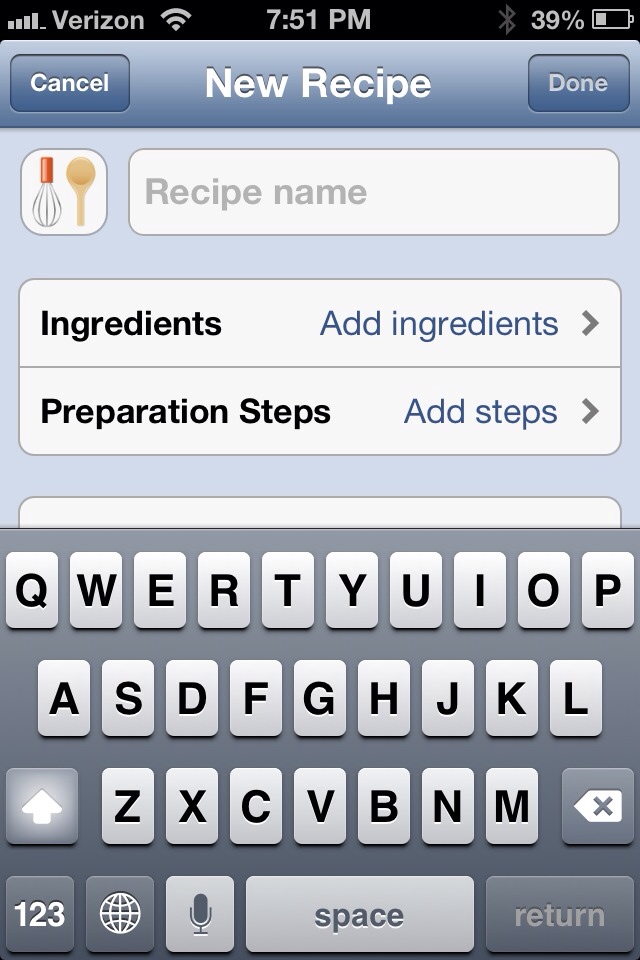 See, on my own I have long broken down my grocery lists as produce/dairy/packaged/frozen/etc, to make hitting the various sections of the grocery store more efficient. AnyList does this categorization automatically, so as I add items they get grouped by their section in the store. These categories can be edited, so you can tweak the specifics to your store’s layout. For example, our local grocery store puts tortillas near the dairy aisle, and the app initially put them with pastas and grains. You can also instruct the app to remember the recategorization, so once you teach it once it will properly regroup when it’s added in the future. Grocery shopping by store section, instead of an ungrouped list, is significantly more efficient-we blast through our biggest section (produce) in half the time we would with just a straight list. 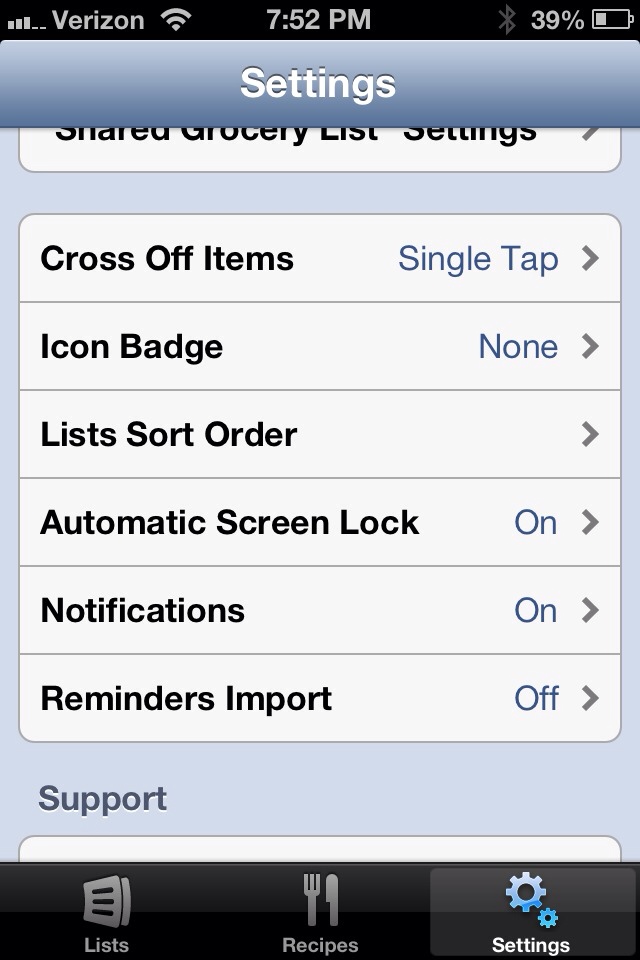 Grocery lists aren’t always exciting, but they are necessary if you don’t want to end up with an impulse-filled shopping cart of on-sale ice cream and frozen veggies. AnyList makes them that much easier to create and follow, and that means a healthy, more organized grocery haul for the week! For those who also like to organize their recipes through an app, AnyList also lets you add your recipes to the app and add ingredients as needed to the shopping list too. If you’re looking for a centralized way for a household to manage an electronic grocery list, AnyList should be your top pick!

MSRP: Free in the App Store

What I Like: Lets you share lists with others; categorizes items by location in the store; fast and simple

What Needs Improvement: iPhone-only, an iPad version would make it easier to enter recipes.