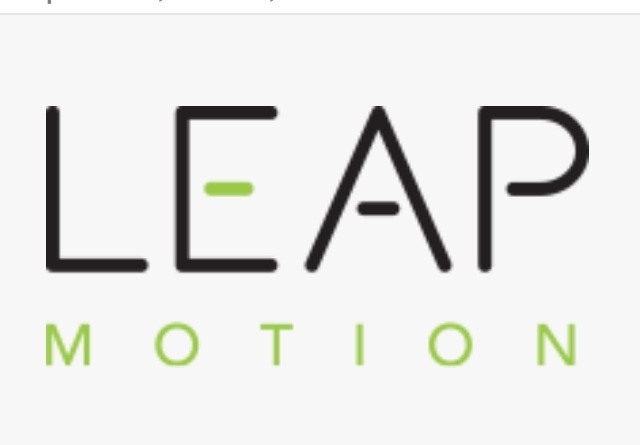 The piece of tech I’ve been most excited about is something I have not often discussed, since all we’ve had thus far are a few promo videos of the actual product. The Leap Motion controller promises to transform the way we interact with our computers. It has the potential to truly allow us to interact with our hands moving in the air rather than with a stylus, keyboard or by voice. Just take a look at this promotional video of the device in action and you’ll see what I mean.

I took one look at the video and joined the over 600,000 people worldwide who have pre-ordered the device, even though it had not actually been completed. I have no doubt that the actual shipping product will be just a first foray into this new arena and will end up having some rough edges, but this type of functionality is something I want to experience firsthand as quickly as possible.

Unfortunately, those of us who pre-ordered the device received an email just a little bit ago informing us that the shipping date for our leap motion devices has been pushed back toward the end of July. It’s a bit of a bummer, especially coming on the heels of experiences such as the ones many of us have had with the Pebble smartwatch. Reading the email regarding the delay, however, changed my feelings about it and gave me tremendous admiration for the company. I’ll include the emails text below, but here are a few of the highlights as far as I’m concerned:

The company gave real numbers. They spoke about the fact that some devices have shipped to developers and what access those developers currently have. They went into depth regarding why the delay was beneficial for both the company and the consumer, and they spelled out the specifics. They clearly laid out plans for beta testing and made it abundantly clear who would have access to the beta units and software. Finally, they noted that they could have met the original ship date, but to do so would have meant cutting corners and not giving the full beta testing they believe a device such as this deserves.

The lessons here are numerous. First and foremost, when you have transparency people are more likely going to understand and appreciate the decisions you have made. Had they simply pushed back the ship date with no explanation, then I suspect many people would have been upset. Thanks to the content of their email however, I only imagine the people being upset will be those who would have been unreasonable under any circumstance.

Second, companies get only one shot to make a first impression with a new product. This product opens up an entirely new market, and it is something that has tremendous potential. Had they shipped something that wasn’t complete, then they would have made adoption of such technology all the more challenging going forward. Better to delay a product and get it right then to let your customers be beta testers.

Finally, the tone of an email such as this makes a difference. The tenor of the email was apologetic but wasn’t making excuses. It was respectful of consumers and matter of fact. They took ownership of the issues and laid out the path they are taking as a company. All of which leads to my having more respect then ever for these ingenious folks.

The Text of the Email

I wanted to reach out to update you on the status of our ship date. After a lot of consideration, we’ve decided to push back the date and will now be shipping units to pre-order customers on July 22nd.

This is not a decision we take lightly. There are hundreds of thousands of people in over 150 countries who have pre-ordered Leap Motion controllers, some as long as a year ago. These people are part of our community and there is nothing more important to us than getting them devices as quickly as possible.

We’ve made a lot of progress. When we first started taking orders back in May we were twelve (very tired) people in a basement. Now we are eighty (although still tired and possibly still in a basement). We’ve manufactured over six hundred thousand devices and delivered twelve thousand to amazing developers who are building applications that let people do things that just wouldn’t have been possible before.

These developers have given us great feedback that we’ve used to make huge improvements to the stability and polish of the product. We’re really proud of Leap Motion as both a company and a product.

The reality is we very likely could have hit the original ship date. But it wouldn’t have left time for comprehensive testing. This will come in the form of a beta test that will start in June. We will give the 12k developers who currently have Leap Motion controllers access to the feature complete product including OS interaction (today developers only have access to the SDK). We will also invite some people who are not developers to join the beta test.

Ultimately, the only way we felt 100% confident we could deliver a truly magical product that would do justice to this new form of interaction, was to push the date so we would have more time for a larger, more diverse beta test.

I really appreciate your patience. I know it’s been a long wait. Everyone at Leap Motion is working tirelessly to make sure that the wait is worth it. Thanks so much for your help and support.

David and I will be participating in an open video Q&A using Google Hangout tomorrow at 11:30am Pacific time. To join our hangout, please visit our Google+ page. If you have any questions please don’t hesitate to contact our support team at [email protected] or my personal email ([email protected]). As always, we will not charge pre-order customer’s credit cards until the devices have actually shipped.

Did you order a leap motion controller? If so, let us know why you’re excited to receive yours this summer.