When you make the decision to go for a rugged iPhone case, the choice usually comes with a few trade-offs.  In order to protect your case from drops, water, or other unfriendly conditions, bulky cases are usually needed.  Typical trade-offs with these rugged cases include things like diminished physical button functionality or a less sensitive touchscreen due to the install of a protective layer.  As you might expect, the best rugged iPhone cases make their owners accept the least amount of trade-offs; the Pelican ProGear Vault Series CE1180 makes a few too many trade-offs. 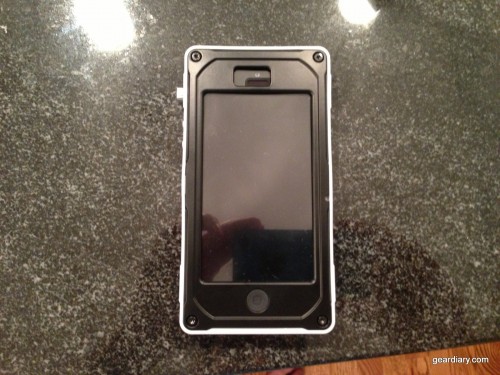 I’ll first explain that I’m more of a minimalist when it comes to phone cases.  Because I always have my phone in my pocket, I typically use cases that are thin and light so that they don’t add too much bulk to my phone.  Also, I don’t typically use screen protectors because I prefer touching the screen directly, which will always give the best touch response.  Having said that, I’ve found that the Vault Series CE1180 to be exceptionally bulky and made my phone difficult to operate.

Here are a few highlights on the case, from Pelican ProGear’s website: 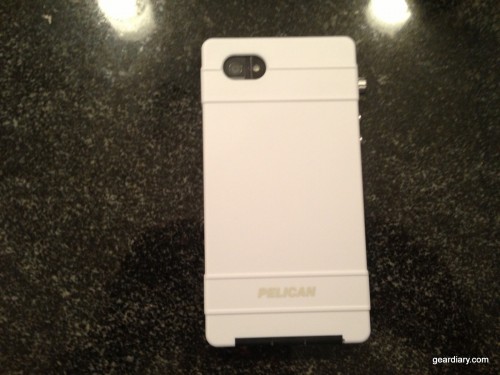 The Case is made of three main pieces; the biggest of which is outer shell, which encloses the sides, top, bottom, and back of the phone.  The outer shell also includes a padded rubber insert which snugly holds your phone in place.  The second piece is the screen protector, which sits on top of the phone, in between the phone and the top plate.  The final piece is the aforementioned top plate; this piece is screwed on to the outer shell with four hex screws.  Also included in the retail package is a hex screwdriver, two extra hex screws, and a microfiber cloth. 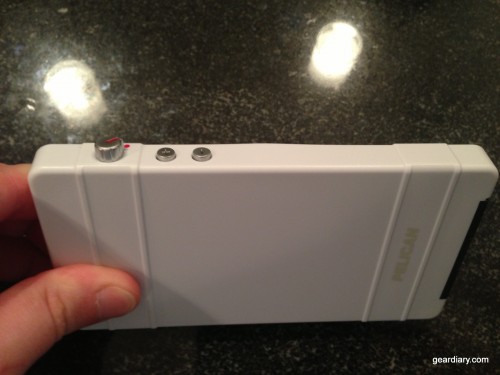 The first thing I noticed is that I haven’t seen many cases which needed a screwdriver to take on and off.  Although the screws help completely seal the phone inside the case, this is an inconvenient sealing method.  If I needed to take my case off at work, for instance, I likely wouldn’t have the hex screwdriver with me at the time.  That being said, when you have the hex screwdriver at hand, the case is much easier to take on and off than the LifeProof cases.  Once the case is on however, is when I notice my least favorite things about the case: a decrease in physical button functionality.  The home button and power buttons are pretty difficult to press; the volume buttons aren’t too bad, though.  The dial that controls the mute switch, although it looks nice, is much more difficult to use than the typical mute switch.  When the phone is naked, I can just flick the switch with one of my fingers, however with the Vault Series CE1180, you need to use two fingers and a twisting motion, which is often more difficult than a flick or press. 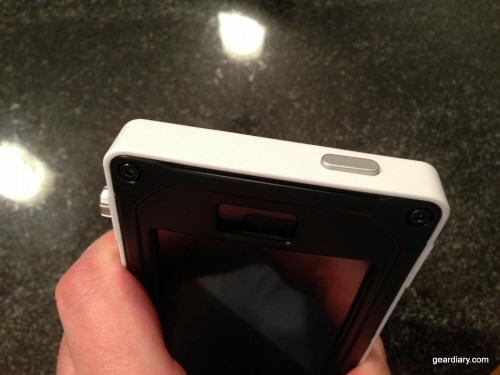 Also, due to the screen protector, I seem to have lost a little bit of touch sensitivity around the edges of the screen.  This could also be due to the raised lip of the case interfering with my fingers.  Audio quality remains unaffected, though; during my test call, my audience could hear me very clearly.  This is a great quality of the case, since a lot of rugged cases can muffle call audio or the microphone.

If you’re an avid Gear Diary reader, you may have noticed that we’re big LifeProof fans.  In designing their rugged iPhone cases, LifeProof has been able to make the fewest functionality trade-offs.  However, LifeProof has been selling rugged iPhone cases for a while now.  Their first offering is in no way comparable to their latest, and that’s an important item to keep in mind with this review.  The Vault Series CE1180 is Pelican ProGear’s first foray into the rugged iPhone case arena. I have no doubt that Pelican ProGear will improve upon their design over time.

Overall, I’m not a huge fan of this case due to the functionality issues I’ve found.  However, there are good features to this case as well, including ease in installing and removing the case, and phone call quality.  A loss in touch functionality is not good for me, since I use my phone most for games, texting, social media, and web surfing.  However, those who mostly use their phone for voice calls and need to protect their phone from high drops and water resistance could do worse than this case. 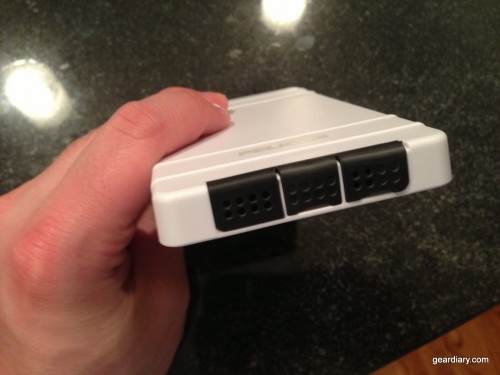 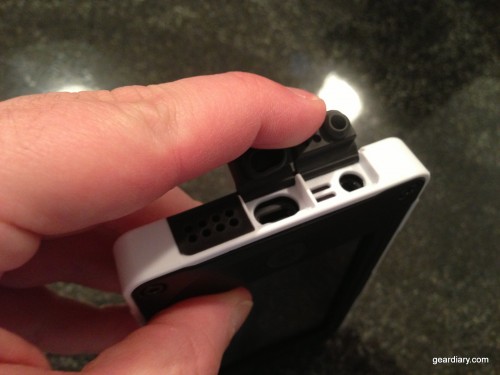 Check out this gallery of installation pictures, thanks to Dan Cohen:

The Pelican ProGear Vault Series CE1180 is available in dark grey/red, white, purple and black, and can be purchased directly from Pelican ProGear, here.

What I like:  Easy to install and remove case, good call quality.