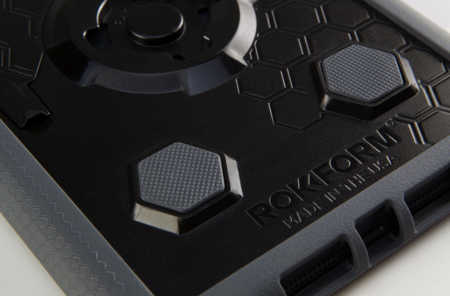 Some weeks ago we took a first look at the RokForm RokShield v3 Case Kit for iPad Mini.

I was impressed with the RokForm RokShield V3 for iPad mini and excited by the various possibilities it offered thanks to the kickstand, good protection and the option to add on additional accessories.

After all, the case ships with an “easy-stick RMS” (remote mounting system and a 6 position KickStand for viewing, typing and browsing the web and those are just the included accessories. I liked the case enough that I put it on my iPad before leaving on vacation and used it as the means to protect my tablet for the next two weeks. 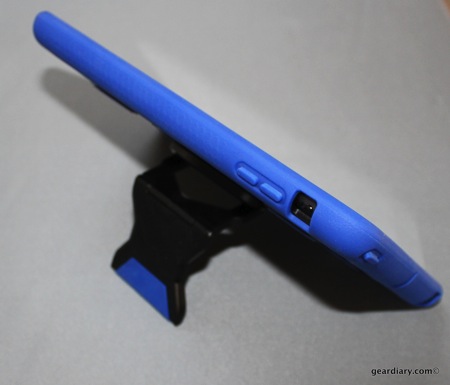 Just to review, the features of the case include

And a wide variety of compatible, mountable accessories 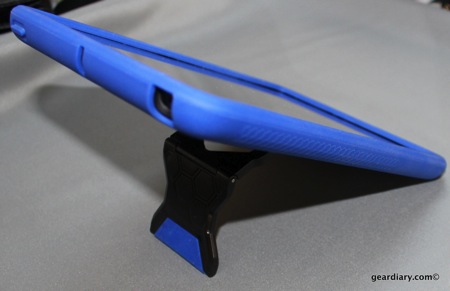 I didn’t love the blue color of the case, but the functionality and protection were so terrific that I was able to look past it. My experience using the case during vacation was excellent. The case was protective enough that I wasn’t worried about damaging it. The rubber grip that wraps around the inner shell made it easy to grab and hold the iPad. 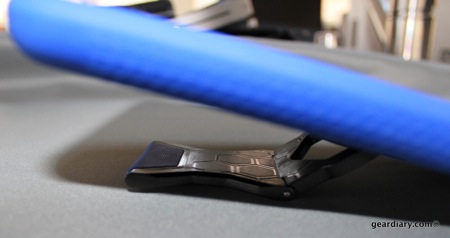 And the kickstand was nothing short of terrific. Honestly, while it is not the most refined case and stand combination it is one of the easiest to use. Add in a stand that is stable in a wide range of different positions AND can quickly be removed and you have a winning iPad mini case/stand combo.

It pains me to write this but, unfortunately, I cannot recommend the RokForm RokShield v3 Case Kit for iPad Mini. Here’s the reason why. 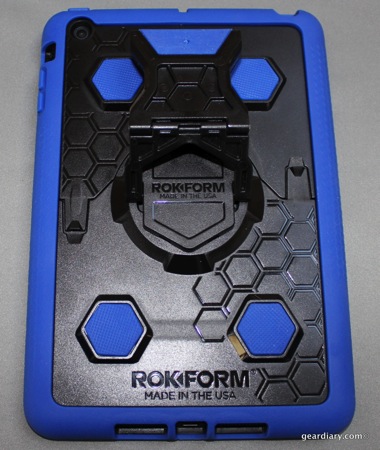 I removed the rubber bumper and lifted the two clips that held the upper and lower halves of the hard shell together. The lower half slid off the iPad with ease. I was not so fortunate with the upper section. I pulled, I pushed and then I pulled again. It didn’t budge. I had Elana grab the now-exposed lower portion of the iPad while I held the case. We pulled. It didn’t move. I tried a host of other various means to slide the case off including grabbing the lower lip of the case with pliers and careful trying to pull with greater leverage but that didn’t work either. I finally called my RokForm contact and explained the situation. She replied that they knew the case was tight but had not heard of this before. She promised to contact the company and get back to me. I never heard back.

After waiting five days and hearing nothing, I took the case to my in-laws and explained the situation to my father-in-law. “Mark, can you get this case off the iPad without damaging the tablet?” He told me he couldn’t promise, but would do his best. 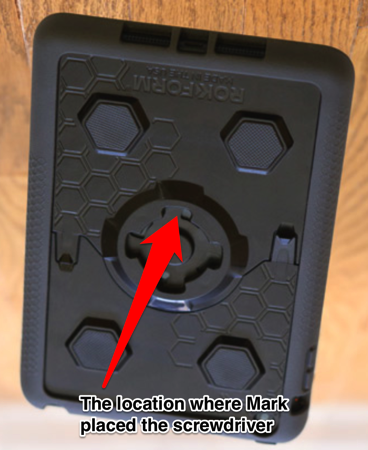 I examined the iPad. There was no film, no residue or anything similar that might have caused the case to become stuck. No, this was simply a situation wherein the case was too tight and, because it had to slide along the iPad to become free, the two locked onto one another. As a result my bottom line with the RokForm RokShield v3 Case Kit for iPad Mini is this-

If you need a protective case with a huge number of add-on accessories AND you don’t plan to ever change the case you use, this case might be a great option.

If, however, there is any possibility you will ever want to swap out the case or, when the upgraded iPad mini arrives, sell it, this case may not be for you. (At least it may not be for you unless you have a hammer and a screwdriver handy.)

The RokForm RokShield is $59 and ships with the Remote Mount System (RMS), 6 position adjustable KickStand and RokGard screen protector. Learn more, check out the various color combinations and order yours here.

What I Like: Protective; Flexible; Ships with useful accessories; More accessories are available

What Needs Improvement: I couldn’t get it off without a fight