Posted By: David Goodspeed May 14, 2013
ShareTweet 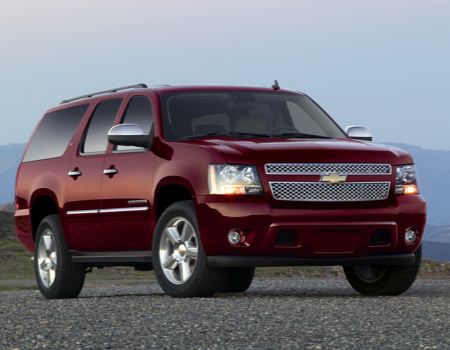 The Suburban Carryall – prairie schooner of the modern era, the longest-running nameplate in the automotive industry, the original SUV.

As Chevrolet heads into fall production of its iconic Suburban fullsize family hauler, it enters the 79th year of production of the model all the while keeping faithful to its initial concept of spaciousness and capability.

The 2013 Suburban is built on the GMT900 body-on-frame truck platform underpinning all of its current pickup and fullsize SUV models. It is offered in two- or four-wheel drive and in half- (1500) and three-quarter- (2500) ton models.

While the Chevy Suburban can carry up to nine occupants, our recent LTZ tester arrived with second row captains chairs for a max seating of 8 adults with all riding in great comfort thanks to GMs Autoride automatic damping suspension system in this top of the line hauler. This LTZ is one of the most stable SUVs I have driven, and I could drive this thing all day long. 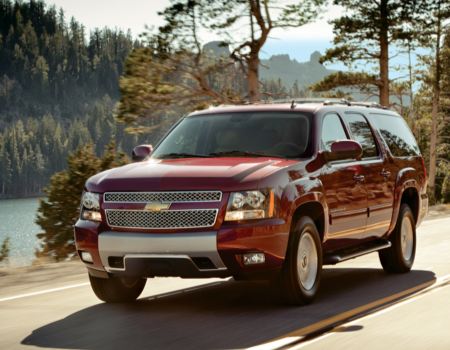 Chevy makes sure all your occupants are safe thanks to a long list of standard safety technologies and equipment including OnStar, four-wheel disc ABS braking, Stabilitrak stability control with traction control, front and side impact airbags along with three-row head curtain airbags with rollover protection, side blind zone alert, tire pressure monitor and rear vision camera system.

With all of this, the automaker manages to fill Suburban with the latest in creature comforts and entertainment technologies. A personal favorite of mine is the driver’s seat ventilation along with XM satellite radio on the Bose Centerpoint surround audio system and navigation with navtraffic feature.

The power rear liftgate is an extra bonus, as are the assist step running boards and luggage rack with side and center rails for even further cargo hauling capability. Chevrolet added the sun and entertainment package to this press fleet vehicle that saw second and third row DVD screens, along with a power sunroof. The heavy-duty trailering package adds engine oil and transmission coolers as well as factory trailer brake controller and a slightly taller rear set of axle gears. 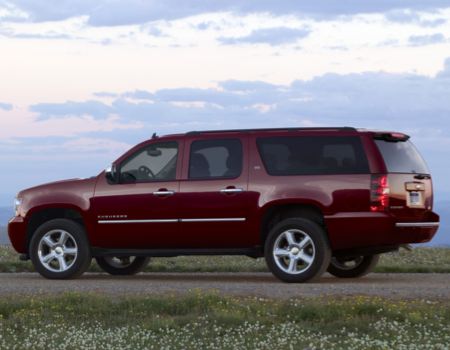 Despite being a behemoth by today’s automotive standards, Suburban still has a place on the modern landscape as so much of this country is not confined to urban driving conditions. Suburban does well in the city, but yearns for the wide open spaces still found in this country.