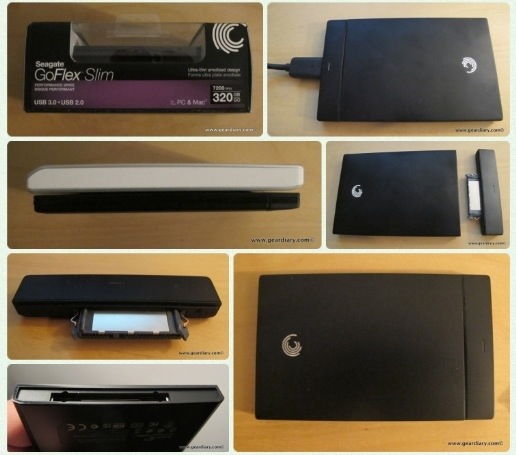 Dan reviewed the Seagate Slim back in April of 2011.  He liked it at the time, and two years later it is still going strong. Dan tells me it is one of the mainstays in his gear bag, and he depends on it so much that when making a list of the gear he will bring when he is traveling, he doesn’t even need to make note of it — it is simply there — ready to go when he needs the extra space.

We recently included one of the drives in our huge giveaway with Technabob and The Awesomer. Seagate also sent one of the Seagate Slim Portable External Drives to me for a second look review. I’m glad they did, since it is already seeing plenty of use. More on that in a moment. 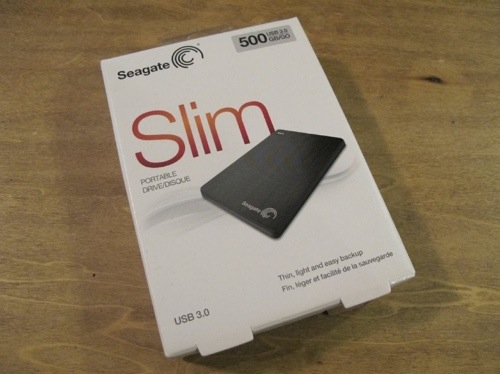 This drive is actually an update to the one Dan reviewed. Instead of the 360GB Dan’s drive has, this one offers a sizable 500GB of space. And like the one Dan reviewed, the Seagate Slim Portable Drive, this one has a USB 3.0 interface that is backward compatible to USB 2.0. The Seagate Slim Portable is small, thin, and inconspicuous. At roughly the size of an iPhone, it isn’t one of those ruggedized drives that are on the market, but thanks to the materials used in it, it looks and feels sturdy, solid, and dare I say, tough.

I opened the box and was immediately impressed. I then lost it … to my husband, Kevin; he has been using it ever since.

Allow me to explain. We have an Apple Time Capsule. It serves as our router and, as you may know, it has a 1Tb hard drive built into it. That terabyte is enough to handle the backups of my MacBook Pro, but that is it. That leaves Kevin’s laptop without a simple way to do backups. He could use some big bulky drive, but he’s not a fan of them; I tried to give him one of those, but to this day it sits in his junk drawer. =P

When the Seagate Slim Portable Drive came, Kev took one look and said, “Mine!” He’s been using it ever since. 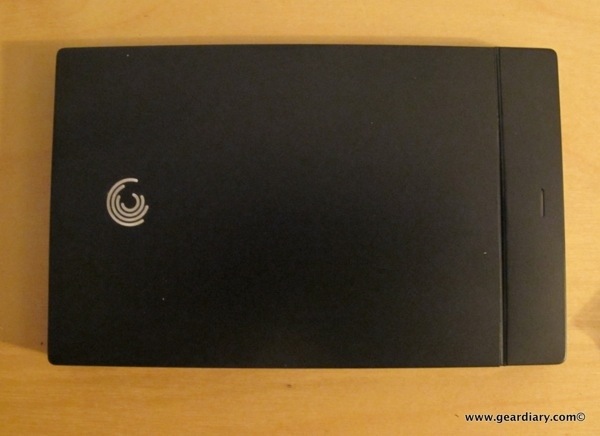 If you are looking for a small, slim, and elegant external hard drive — one that won’t add much weight to your gear bag — then you’ll want to check out the Seagate Slim Portable Drive. It is the kind of thing you can take everywhere; best of all, while the drive Dan reviewed was $99, this drive is just $79.99. You can learn more about it by clicking, here.