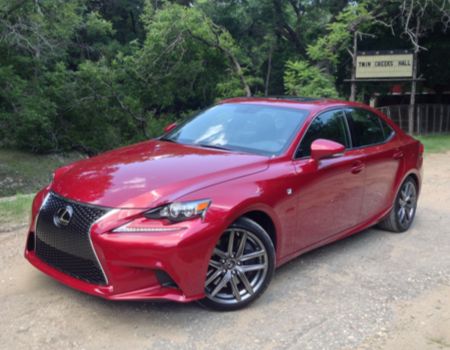 2014 Lexus IS images by Author

Just when you thought you had your mind made up on which entry luxury sport sedan to purchase, Lexus has to go and make over its IS model line and this upcoming 2014 might just have consumers putting the brakes on as they head to their favorite Bavarian auto dealer.

The 2014 IS is the third generation of the youthful yet elegant little luxo-sedan from Lexus, the first arriving as a 2001. While the new model features an all-new chassis, styling and interior, powertrains are a holdover from the current line – almost. 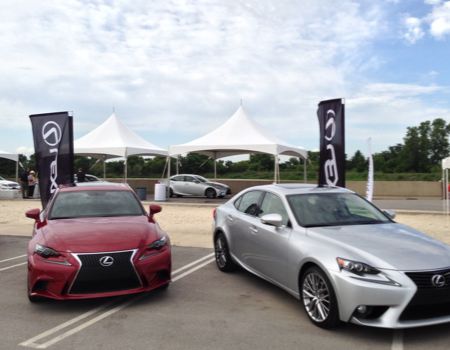 A pair of V-6 engines are offered in the form of a 204hp 2.5-liter and a 306hp 3.5-liter. The new car is offered in rear- or all-wheel drive across the lineup and continuing a new trend Lexus offers an F Sport package on all 2014 IS models.

While most IS cars carry over the six-speed automatic transmission, the 2014 IS 350 RWD will see a new eight-speed automatic gearbox to further enhance the driving experience. 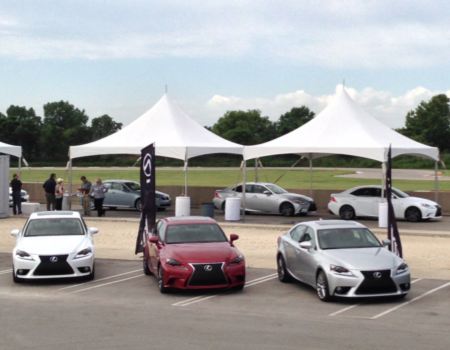 We tested the new lineup at a private track in the heart of Texas and to prove Lexus’ confidence in the new car they even brought competitor vehicles with German accents for comparison drives. As I do not have a road course at my disposal for the majority of vehicles I test, this experience with Lexus showed not only how good its 2014 IS lineup is but just how good the competition is as well. Lexus IS, Mercedes C-class and BMW 3-series were all rocking The Driveway in Austin quite well. Lexus also rolled out a 2013 IS 350 to demonstrate the generational differences in its own products.

The new IS grows in wheelbase by nearly three inches and is almost four inches longer overall. Rearseat occupants benefit from this change the most. An all-new multi-link rear suspension is sourced from the new GS model lineup and similar revisions have been made to the front suspension and steering systems. A new Drive Mode Select system features up to five driving modes for the 2014 IS lineup. IS 250 and 350 models feature ECO, Normal and Sport modes with the IS 350 F Sport models adding a Sport S+ mode and AWD models feature a Snow mode.

Clearly the valedictorian of the 2014 IS class is the IS 350 F Sport edition. Not only does the package include the extra two cogs in the gearbox but the car gets a new Adaptive Variable Suspension that fine tunes ride characteristics and Lexus adds new Variable Gear Ratio Steering technology that features easier steering at low speeds for maneuverability and tightens things up for high-speed activities. 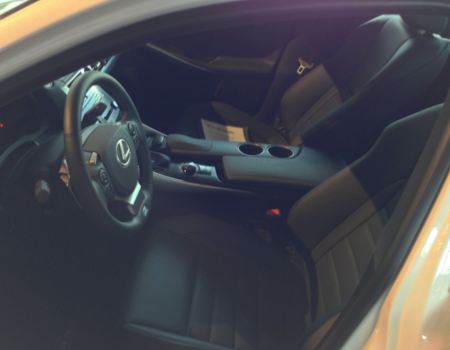 The F Sport also adds a pair of new sport bucket seats up front that are very supportive and made of a material Lexus calls Nulux. The seats are almost reverse-engineered during construction as the foam is formed into the material as opposed to the material being stretched over preformed foam.

The 2014 IS is the latest Lexus to sport the new spindle grille design and F Sport models get a unique, larger application of the automaker’s new signature styling.

As many consumers have seen, vehicles are much more technologically advanced and at Lexus dealerships they have even gone the extra step to create a new position of Technology Specialist in which they employ tech-savvy individuals to aid Lexus buyers in learning and integrating with the newest technologies on their vehicles. 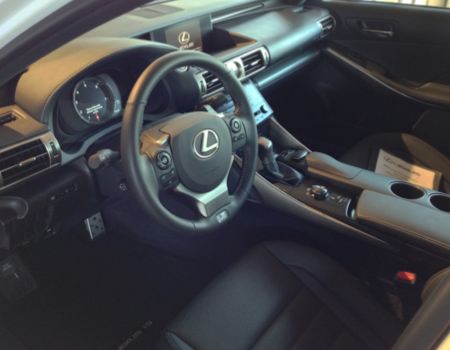 Speaking of technology, the new IS features Lexus’ 8th-generation navigation system and includes HD Radio with traffic and weather across the lineup, subscription free. The dash cluster features a new 4.2-inch vertical multi-info display with all other infotainment displayed center dash via a seven-inch monitor. Among some of the new features in the nav system are 3D modeling with horizon and street views as well as predictive traffic mode that is sort of like having your own crystal ball while traveling. There is even a built-in “DVR” of sorts for your radio called Radio Cache that allows you to rewind up to 15 minutes should you be distracted when you favorite song is on the radio. 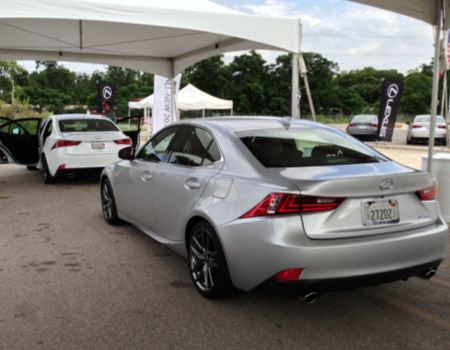 All that said, the 2014 Lexus IS performed very well on the track and on city streets as well. While a very comfortable ride under normal operating conditions, the new sport sedan comes alive when pushed to the limits on the track. Engine howling, tires screaming, passengers white-knuckling – it doesn’t get much better than this. The car can definitely hold its own in both IS 250 and 350 form, reacting quickly and confidently to steering, braking and acceleration demands.

The spirit of driving is alive and well in the new 2014 IS lineup from Lexus and I cannot wait to see what else they will do with this platform. 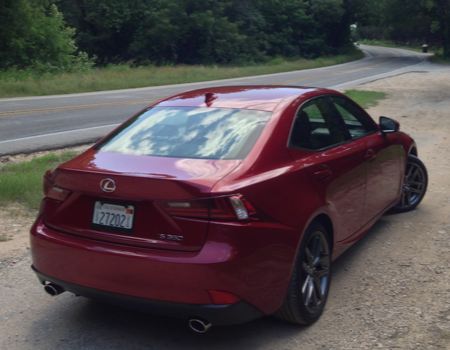