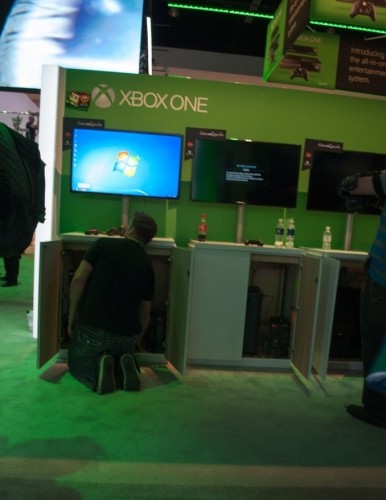 Everyone who has followed the E3 game conference for more than a year knows the basics – new hardware is introduced, and hot new awesome looking games are trotted out just to demonstrate how hot and awesome everything will be once it all ships. In years past some of this was done by way of screenshots and trailers … but those became known as ‘bullshots’, because it became immediately clear that none of it was actually real game screens or footage.

More recently the bullshots moved to E3 product demos, in which product managers showing off games would take their hand off the controller to talk and suddenly something would happen in the video that made it clear they weren’t actually playing the game. Pre-rendered game demos remain popular as they minimize the potential for an embarrassing crash or glitch.

While it is clear that game software makers want perfect demos, the stakes are even higher for hardware – new hardware comes out much less frequently, so perfect performance is incredibly important. Because they are doing demos before hardware release, they are generally using ‘developer kits with equivalent hardware’.

But when it comes right down to it … what ARE those developer kits? They are actually Windows PCs.

And as shown in the image above, the demo units at E3 for at least some of the games on display were actually Windows 7 PCs with NVidia GTX cards. The GTX is beefier hardware than is in either the XBOne or PS4, so naturally there is concern that this demo is an inaccurate representation of what will be released in the fall. At the same time, a Windows PC has significantly more overhead than a dedicated game console, so it is really a difficult comparison.

Because ‘spot the bullshot’ has become such a spectator sport following these events, it is perhaps unsurprising that someone discovered another hint that a demo was actually running on a PC rather than the XBOne – in this case it was Battlefield 4. It is hard to see, but in the upper right corner of the screen there is a ‘backspace’ key icon rather than a console controller button. 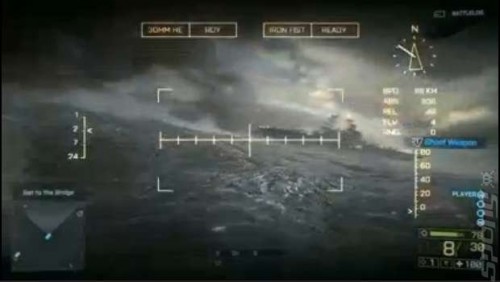 How much does any of this REALLY matter? Not much … the PS3 and XBOX360 were no more powerful than an average gaming PC when they were released several years ago, but developers have managed to squeeze loads of excellent years of graphics and gameplay out of them. So we can assume that with this new hardware and an ever-evolving operating environment we should have great looking games for years to come.

And if you want a fun but NSFW look at the new console hardware, the always-irreverant Yahtzee has a great video!