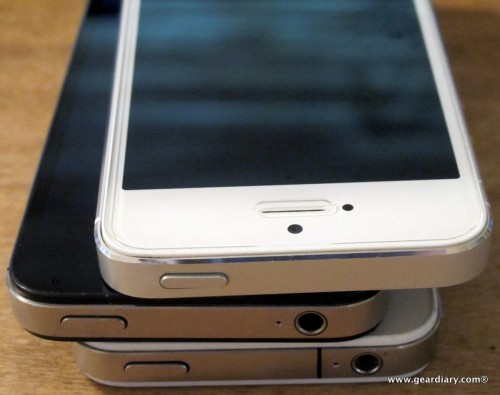 A couple weeks ago, I realized that my iPhone had stopped taking clear photos. Shots that I would ordinarily have taken and expected to be good were now coming out fuzzy and unfocussed. It was pretty obvious that my iPhone 5’s camera had a problem, but it wasn’t clear why. Knowing that I’d be joining him and the other editors at his lake house for GearFest soon — and knowing that I didn’t have a nearby Apple store — Dan told me to send him my iPhone, and he’d take it to the Apple Store for them to check out. While there Dan was told the camera issues were actually a rather frequent complaint with the iPhone 5, and while they could try to repair it that rarely fixes the problem. The flawed iPhone was swapped out for a new one.

This wasn’t Dan’s first time to take an iPhone 5 in for warranty issues, his had been exchanged for a new device when it had begun inexplicably freezing earlier this year.

This morning, David posted in our back-channel that after several days of seeing “the flashing Apple ‘screen of death'” when trying to charge the phone, he also took his in to the Apple Genius Bar. He noted that the iPhone 5 seemed to be “the hot ticket item of the day at the Apple store, as those subtle little white warranty boxes where flying out the door.” David said he was there for “50 minutes Saturday, and at least a dozen went out the door, just at that one store.”

So that’s three of us who have had three different issues with the iPhone 5, and obviously we aren’t the only ones. Granted, all of our defective phones were replaced under warranty by Apple, but it did make me wonder how many others have had warranty issues with their iPhones that resulted in them getting a “new” iPhone 5 in exchange from Apple?

Do you own an iPhone 5? And if so, have you had any issues with it that resulted in a warranty exchange?