Today’s rumor mill has it that the next generation of the iPhone will include NFC (Near Field Communication). This will be yet another example of Apple playing “feature catch up” with other devices. After all, the Samsung Galaxy Note 8.1, the Samsung Galaxy S4 Active as well as the BlackBerry Z10, the HTC 8X and even the year-old HTC One X I have sitting here all feature NFC. Apple will be late to the game. But the question remains, should Apple even get into the game? What exactly IS NFC and do you want it in your next phone? Let’s take a look.

Near Field Communication is a set of standards for close-proximity radio communications. And when I write “close” I actually mean “tbe devices with NFC need to be somewhere between a few inches apart to actually touching for a moment”. When they are in close proximity or touching however, NFC-enabled devices are able to communicate with one another and exchange data, setup system settings such a pairing two devices for future Bluetooth communication and much more. In addition an NFC-enabled device can interact with an unpowered NFC chip- or tag- for a variety of different purposes. More on that in a moment. In other words NFC is a simple, fast and flexible way for two devices or one device and an NCF tag to communicate. (Those Samsung Bump to share pictures or music were silly but they actually offer an idea of one use for NFC, albeit one of the more limited and pedestrian ones.

What Good is NFC?

Let’s take a look at one specific function of NFC to help you get a better idea of just what it is and how it can help. As mentioned, Samsung made clear that touching two NFC devices can let one share a piece of data with the other. That is one of the simple uses of NFC. Another comes when trying to connect two devices via Bluetooth.

If You have ever used a Bluetooth speaker, headset or any number of other Bluetooth-enabled accessories you are familiar with the concept of “pairing”. Pairing sets up a unique connection between the main device and the accessory so that, in the future, the two can quickly and easily communicate with one another. For example, if you are pairing a new speaker to your iPhone you will

1. Make sure the iPhone’s Bluetooth is turned on and the device is ready to pair

2. Turn on the speaker and put it into “Pairing mode”. (Sometimes this is easier said than done.)

If you have gone through the process you know that it isn’t complicated but can be a pain, especially when the host device and the accessory are not playing nicely together. It is worth noting that the process has become much better as Bluetooth technology has matured as it could, at times, be a painful process when Bluetooth devices first appeared on the market. 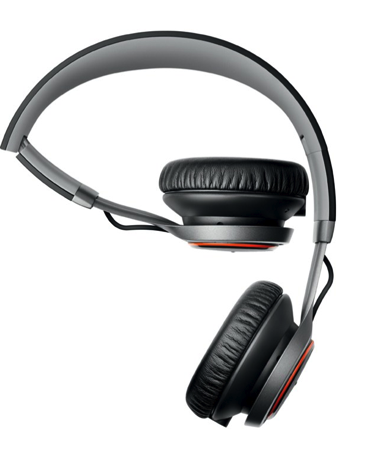 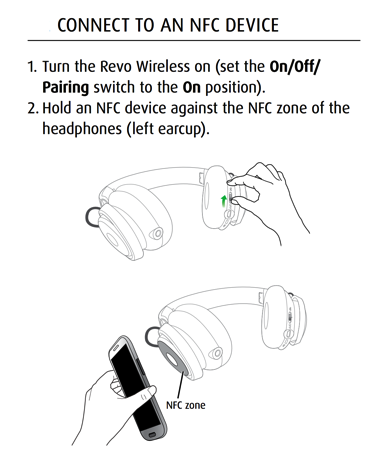 With, for example, the Samsung GALAXY S4 Active smartphone I am currently reviewing I simply enable the NFC functionality and touch the phone to the headphones. It is as simple as that and… bam… the phone and the headphones are paired. Is this reason enough to want NFC in your next smartphone? I don’t think so. Is it reason enough for you to choose one phone over another? I don’t think so either. But, a year from now will you be glad to know that your smart phone has this ability built into it? I do think so and here’s why. 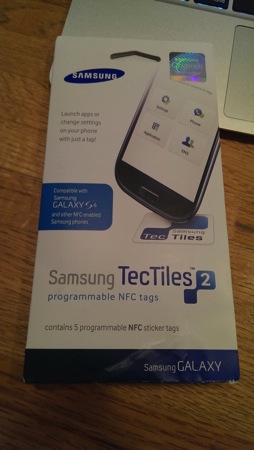 Along with the current generation of GALAXY devices Samsung is selling TecTiles. TecTiles are an example of the aforementioned unpowered NFC chips- or tags and are a great example of NFC’s potential. These can be programmed with specific commands or functions after which, when an NFC enabled device is brought in close proximity, they will trigger those functions on said device. 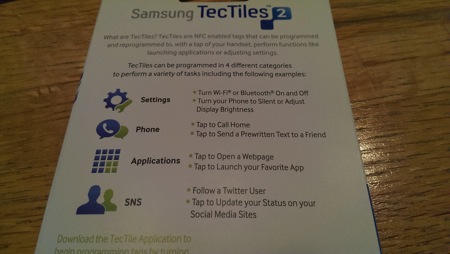 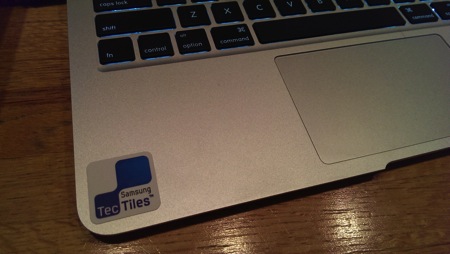 In addition they can be programmed and reprogrammed,  can be put on virtually any surface and then set up to interact with your phone based upon your needs at that specific location or time. In essence, tags and NFC automate the changes you might otherwise make- or forget to make- to your phone throughout the day depending upon your location or activity. And while the TecTiles and the TecTile app are unique to Samsung the technology they represent can be used with any NFC-enabled device and NFC tags.

Still not feeling the NFC-love?  Here are a few of these scenarios that might play out in your daily life. Each of them can be automated with the use of near field communications.

Scenario 1: In the Car

When you have your phone in the car there are certain settings you want on and others you want off in order to limit distractions. For example, I want Bluetooth on so I can stream music. I want the screen as bright as possible so I can see it. I want calls routed through my car’s system. And I want WiFi off since my car doesn’t have it.  With NFC tags I get into my car, place your phone in its cradle and, if a preprogrammed tag is stuck there, have these settings turned on or off automatically. I don’t need to think about it, fumble around with my phone or waste time changing settings. It just happens.

Scenario 2: At Your Desk

Now imagine I get to my office. Now I want my WiFi on. I want the ringer shut off and the vibrate function on so I don’t disturb people. I want the brightness on medium since I don’t need it super-bright. And I want Bluetooth off. If my phone cradle at the office has an NFC tag simply placing my phone down will change the phone to these settings. And when I get into my car at the end of the day the phone switches over to my driving mode.

Now I’m home. I want the ringer on quietly, I want WiFi on, I want the screen medium and I want Bluetooth on so I can stream music. If the spot where I place my phone upon walking in the door has an NFC tag simply putting the phone down will trigger these adjustments.

At night I want the brightness down as far as possible without the screen being off. I want the ringer and vibrate off except for key people and my alarm clock. I want my clock app of preference to be on so the phone functions like an old-school radio alarm clock. If, you guessed it, there is an NFC tag on my night table simple putting my phone down will trigger these settings. And, best of all, it will help ensure I don’t  forget to silence the phone and end up waking Elana up. (That’s reason enough for me to want this technology.)

All of this is possible with any of today’s smartphones but each time you make a change you will have to dig into the settings to make the necessary adjustments. With NFC this becomes automatic. If you are, for example, using one of Samsung’s phones you can place a tag on the car cradle for your phone, place another one on your desk and place yet a third one on your nightstand dock. After that each time your phone is placed next to that tag it will automatically adjust the settings to meet the presets for that location. Put another way, using Near Field Communication results in your effectively having a number of different smart phones even though you only have one. In each location your phone will function in the way you want it to function for that specific location. and since nothing is permanent you can make adjustments along the way.

And there is an additional benefit to using this technology. In order for it to work you will be required to actually think through how you use your device in various settings. Again, this is something that you can do without NFC technology but having something push you to actually do it can result in your making better use of your smartphone or tablet with the investment of just a few minutes of thought.

While Near Field Communication doesn’t allow you to do much that is brand-new it does allow you to do things in a far more effective and seamless manner. And while you may not think you need or even want it now, in a year or so you’ll wonder how you ever used a phone without having it available to you. After all, just five or six years ago who imagined we wanted WiFi on our phones? I didn’t but now I can’t imagine not having it. I’ll bet the same holds true for NFC.