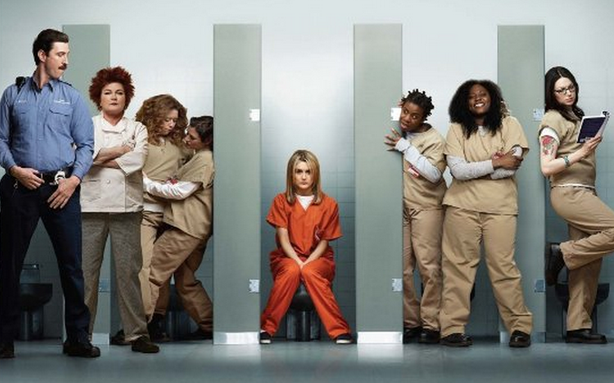 Sarah and I have been loving the new Netflix series “Orange is the New Black”. It’s incredibly well-written, has an amazing cast, and manages to add levity and entertainment to a relatively depressing premise (it’s not exactly happy time watching a protagonist navigate life in prison). I’ve been recommending the show like crazy and was surprised when Dan told me he recently cancelled his Netflix subscription. We use Netflix constantly and it didn’t occur to me that not everyone pays for the service! It sparked a larger discussion among the Gear Diary Editors about what subscription services we pay for and why. The answers were rather interesting!

Carly: As I said above, we pay for Netflix ($7.99). We also pay for Amazon Prime ($79/year, ~$6.50./month), both for the free shipping and the free movies and shows. This is where our Roku 3 is invaluable, as we flip between Amazon and Netflix regularly. We also don’t mind paying for the occasional rental from Amazon as well. In addition, we spend around $90/month on Verizon FiOS cable and internet. It’s just a very basic HD package, but we bumped up the internet speed. So altogether we’re spending around $104 a month on entertainment, say $110 if we’re being generous and assuming two movie rentals during the month. We use Netflix and Amazon regularly for the original programming and the backlist titles, and the cost is well worth it. If we watch an average of two seasons of television per month (not crazy, especially in the summer when there’s nothing on regular tv), we’re more than getting our money back on the $14 a month we spend on the two services. A DVD set, even heavily discounted, would run us at least that for one show, if not more…we can watch as much as we wish, rewatch old shows and discover new ones, all for one set price.

On the other hand, neither Sarah or I pay for music services. We’re both happy with ad-supported Pandora, and while we’d have fun for a few months with services like Spotify or Google Music, our music purchases are rare enough that it is far more cost-effective to just buy albums we like. We also opted to go with a basic, non-premium level of FiOS and no DVR service because, again, the cost didn’t justify how much we used it. We used to pay for far more, but it built up quite quickly, and what seemed so cheap (only $8 for Hulu+! Only $15 for a whole slew of premium channels!) added up to a fair amount of money! This was the same reason Dan couldn’t enjoy the awesome “Orange is the New Black”-Netflix was on his chopping block during the last subscription purge he did. So what else does everyone else subscribe to?

Dan: I have Hulu+, prime (mostly for shipping but the video is a nice bonus), Aereo (grabs an OTA signal in my area and lets me watch or virtually DVR basic channels) and Spotify. I pay out the nose for cable and premium channels so I get access to a lot of that on mobile with the access constantly improving. I also have an Audible account and find myself listening to a book while driving and then picking up and reading at night. I am loving the whispersync between audio and text. I also find myself renting or buying way too much via iTunes. I dropped Pandora, Netflix and Next Issue’s all-you-can-eat mags. Oh, and I pay for live GPS direction help in the car. It is lame but I like the convenience.

Judie: We have Amazon Prime, and we recently bit the bullet to up our DirecTV subscription to include HBO and Showtime. that makes it is about $150 a month. I pay $3.99 a month for Sirius/XM which can be used on my laptop or on the Squeezebox Boom in our living room. We also have two Sirius/XM Lifetime subscriptions in our vehicles; one was purchased years ago when it was much more reasonable, but the second one was almost $1000 by the time we had upgraded to include all the channels. I also have a separate Sirius/XM subscription that I pay for quarterly that is used in our Ranger ATV. Like Dan, I also discontinued my Pandora subscription. I’m not even going to get into the separate data accounts for our two iPads and our regular cellular bill. We obviously need to re-evaluate some of these. =/

Mike: We pay $130a month for phone/cable/Internet from Time Warner. This also gives me remote viewing on various devices. We have Amazon Prime for everything and use Hulu+ for all of our TV shows. (We never seem to catch our shows, or schedules get in the way or whatever. This way we don’t care.) We have Netflix for movies (for my older son mostly) and some TV series that are not on Hulu or Amazon. (We have dropped and resumed it a couple of times in the past few years and are currently in a “resumed” period.) I have Slacker Radio but it is still an editorial access account. The family loves this, so it will be interesting to see what happens when the editorial access expires.

So tell us…do you still pay for Netflix? How about Hulu+, and Spotify, and Slacker, and what feels like a million different subscription options? What’s most important to you? And have you watched “Orange is the New Black” yet? Sound off on all of it in the comments!