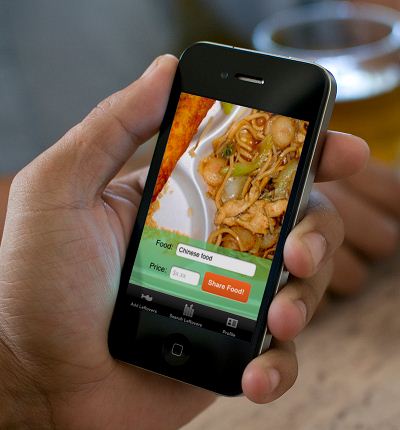 Food waste is a major problem in the world, as we dump millions of tons of uneaten — but perfectly good — food into trash bins as others starve. A new startup called LeftoverSwap has no idea how to deal with the global problem, so instead they have decided to work with the ‘all issues are local’ Tipper O’Neill mantra, to try to eliminate food waste on a local level.

Here is how they lay out the problem:
•40% of the food we produce goes to waste.
•25% of us don’t know our neighbors’ names.
•70% of us are overweight.
•16% of Americans lack enough food for a healthy lifestyle.
•99% of us don’t need a second helping of the beef lo mein.

And as they say – LeftoverSwap solves all of these problems.

It all started as a joke, as you might guess from the list, but soon they realized that there were plenty of young people in their area who were largely living on take-out food and therefore faced 2 or 3 days of the same food — due to either over-sized portions or foods that are only served in large buckets. Many of them were already engaging in an informal ‘leftover swap’, so why not make it formal?

Before you dismiss it out of hand, look at your own family. I know for us, if we go out to eat we will typically cut our portion in half at the start of the meal anyway; typically the portion sizes are so large that we cannot comfortably eat the entire thing. The next day we might eat our own leftover, but just as likely we will have a swap between everyone in the family.

What do you think? Would you try a service like this, or would the potential hygiene issues scare you off? Let us know!

And if you are interested, head to LeftOverSwap to sign up to be notified when the site goes live!