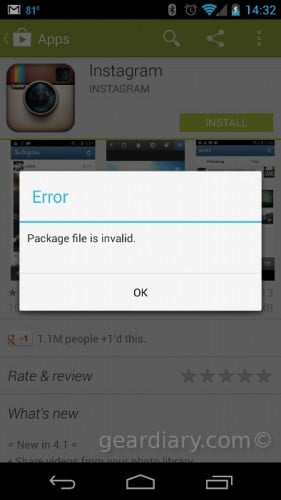 I saw there was an update to Instagram for Android so I went to go apply it, as I usually would.  However, upon download completion, it says “Package File Invalid”.  So I tried to remove it and reinstall the app —  the same issue occurred.  I completely removed all Google Play Updates and cleared caches, and still … nothing.  I tried it on my tablet, and had the same issue. 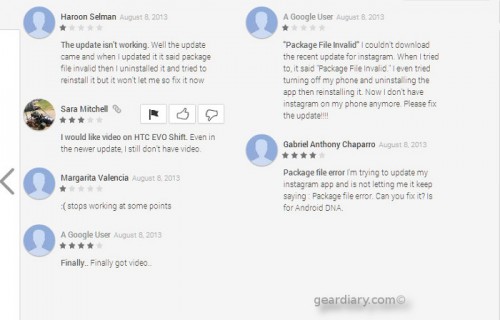 Because I’m having this issue on two devices, it’s obviously something else.  I checked the Play Store’s web interface, and sure enough, there are multiple reviews with the same issue for this version.  So it’s safe to assume that you shouldn’t update or install Instagram for the moment.  If you use Instagram, then don’t uninstall it until they fix this issue.