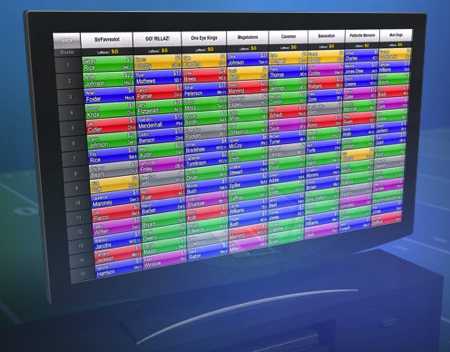 Most of you know that football is my life and how I make a living. It just so happens that one of my favorite hobbies is playing fantasy football. One of my leagues just drafted its 9th season and one problem is seeing the draft board. For just $20, PrimeTime Draft turns your HDTV into a live draft board. 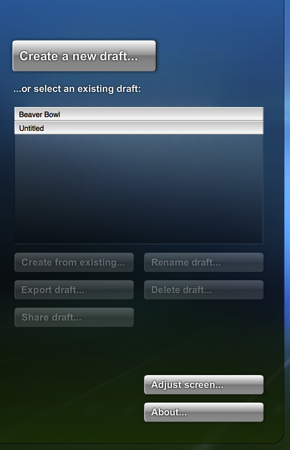 PrimeTime Draft is a Mac/Windows application which can turn a computer screen or television into a live draft board. With PrimeTime Draft there is no need for giant poster style boards that require someone to physically find the players’ names and stick them to it. Being able to see who has been drafted and who each team has is important when making your next decision and PrimeTime Draft does that and much more. All that is needed is a Mac or Windows computer connected to an HDTV  via HDMI. 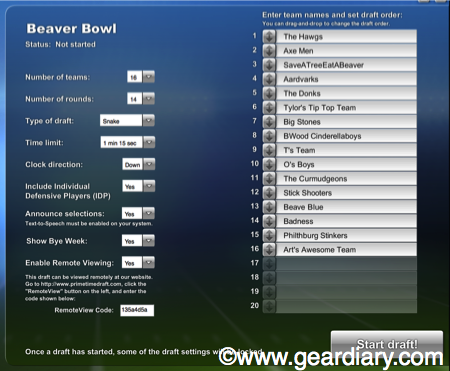 Setting up a draft process is easy. You simply type in the team names and begin to adjust the draft order. As you can see, there are plenty of settings in PrimeTime Draft so you can make the draft process work exactly the way your league likes to run them. As the process unfolds the application will announce each draft pick and let you know who is on the clock. We used this feature in our draft and really enjoyed it. 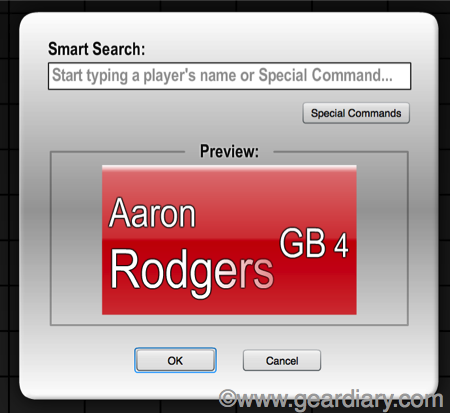 Once the draft begins, players are entered by clicking the clock on the board. When a name is typed in, a search list of names matching the letters appear. This helps the process along. From there you simply click on the desired player and hit OK. The pick is made and announced. The next team to pick is announced and the timer starts. 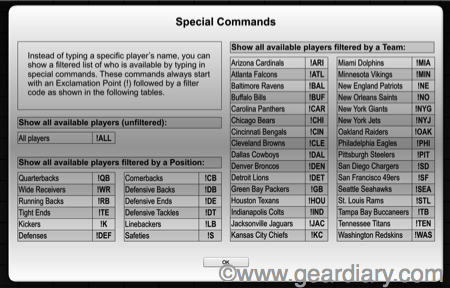 To find a list of available players, there are a series of special characters that can be entered to display potential drafts by team or position. You can also show all players. This comes in handy in later rounds when many of the players being drafted are not household names. One thing I would like to see that is not currently included are player rankings for each position. In my experience, that helps the draft to move along more quickly. 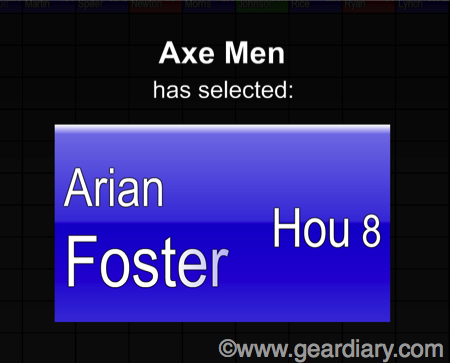 The PrimeTime Draft board is clear and easy to read. The player names are large and color coded squares based on position helps viewers know what is still needed for their team. It also lets them know what their opponents have already done.

Once the draft is finalized results can be exported as a full color draft board image or txt files. This is convenient since the information can then be entered into league software and every player can receive a copy of the entire draft. Results can also be shared via Facebook and Twitter. 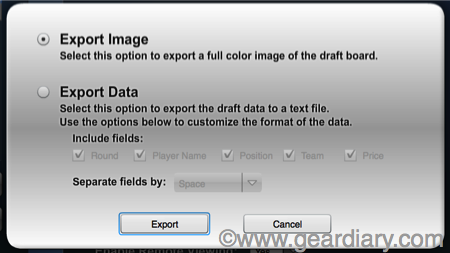 I enjoyed using the PrimeTime Draft fantasy application. It is a huge step forward from the poster style draft boards and it is epic compared to the pencil and paper method we initially used. Using the remote viewing code, each draft team was able to log into their own device and watch the live draft board freeing up space in front of the television. This can also work well if there are team owners who are drafting from afar. The NFL season is upon us and draft season is already moving fast. If you are looking for a cool way to display your league’s draft board, give PrimeTime Draft a shot. It is quick, easy and looks great.

What I like: Fast and easy set up and looks great on the television. It is fun having picks announced.

What could be improved: I really wish some form of ranked player lists were available to help speed up late draft rounds.