I heard a story about Super Bowl Rings the other day … one about the time that Robert Kraft (the New England Patriot’s owner) met with Russian President Vladimir Putin, and somehow or another Kraft wound up unintentionally giving Putin the Super Bowl Ring he was wearing!

Evidently Kraft had removed his ring to better show it to Putin, and the Russian president took his handing it over to mean that Kraft was giving it to him. 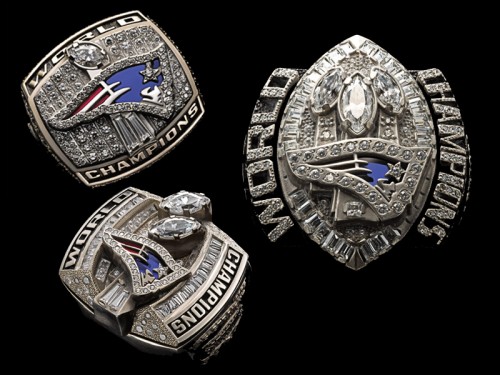 Kraft evidently decided on the spot that letting Putin keep his ring (one of three that the Patriots have won) was the right thing to do, but I can only imagine how freaked out he must have felt on some level. Never mind the sentimental attachment or the achievement owning one of these represents, some championship rings have sold for as much as $230,000! That was a heck of a gift!

If It’s Hip It’s Here has put together a fabulous guide chock-full of NFL Championship Ring information, complete with pictures of all Super Bowl rings.

Did you know that …

• The winning team gets to pick who designs the ring? Past designers have included Tiffany & Co., Balfour, Herff Jones, and Diamond Cutters International, but Jostens has made the most — 30 of the past 46!

• The NFL picks up the tab for a set amount on each ring (up to 150 rings per team)? But if the ring goes past that arbitrary amount (last known to be $5K, but probably more than that now), the team owners have to pay the difference? Considering how blinged out some of these rings are, I have no doubt that they go past the allowed amount more often than not. 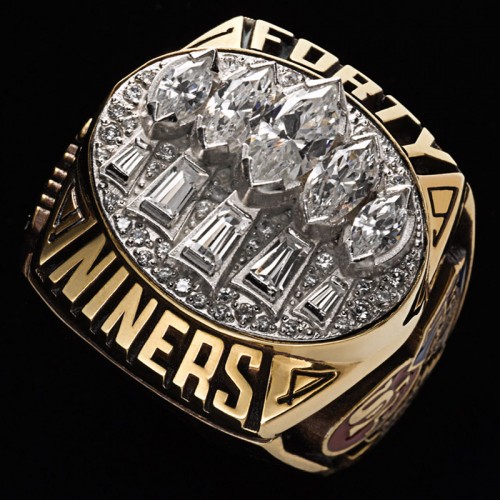 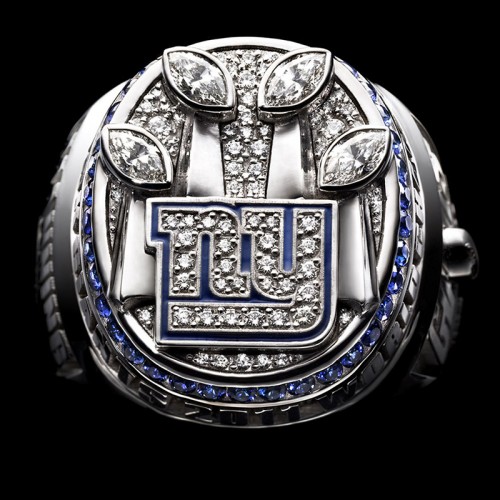 If you could own any of the past Super Bowl Rings, which would it be? Take a look at all of them before you decide!

via If It’s Hip It’s Here