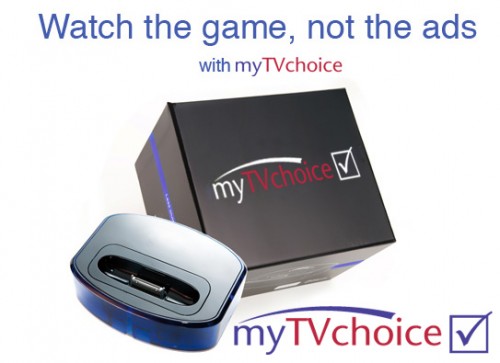 Are you a sports fan who can’t stand sitting through annoying TV commercials?  Or are you afraid of your children seeing some of the more explicit commercials airing these days?  MyTVChoice monitors the live broadcast and automatically switches to a “safe” channel whenever your preferred program goes to commercial.  The MyTVChoice service costs $9.99 per month. 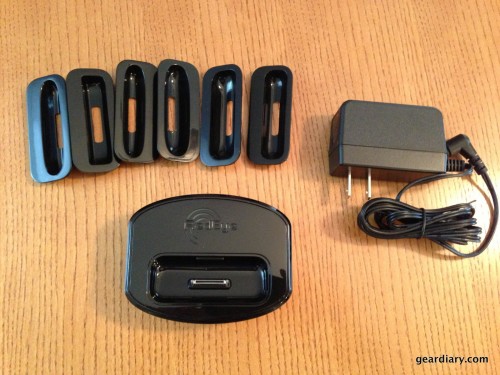 Everything Included in the box

MyTVChoice comes with a free gateway device, which is powered by an AC adapter plugged into the wall. You’ll want the gateway to have a clear line of sight to your cable box since it is what will eventually change the channel automatically for you.  The gateway has a 30-pin dock connector on top that can charge older generation iPhones and iPods. If you do not use these devices it is obviously unnecessary.  The gateway connects to your WiFi network and, from there, communicates with your iPhone or Android device. 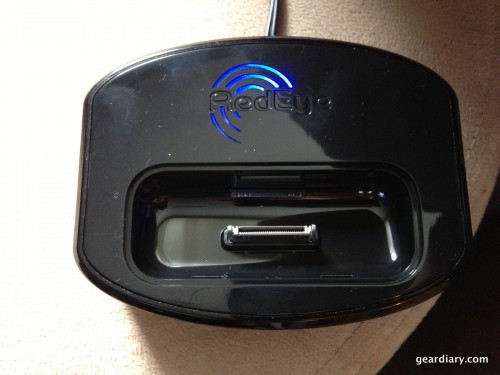 In order to connect the gateway to your WiFi network and get it up and running you’ll need to run the installation software on a PC or Mac that’s connected to your wifi network.  If you only have PCs or Macs that are connected via LAN, you may not be able to configure your MyTVChoice, though, these days, most homes have WiFi capable computers. During the installation process you will connect the gateway to your WiFi network. After you are connected to the wifi network, you will be able to create a MyTVChoice username and password. 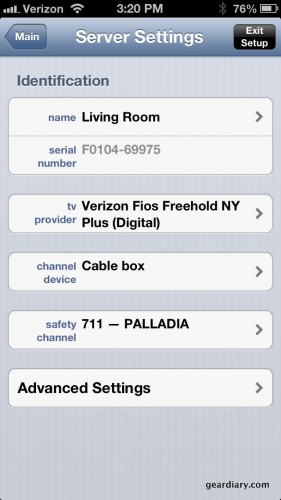 The settings page on the iPhone app

I had a few problems during my installation, but the MyTVChoice tech support team was quite helpful in getting me all set up.  While setting up the iPhone app, cable box commands, etc. I kept being asked to start the setup process over again, time and time again.  I was annoyed at this until I realize that every time my iPhone’s screen went black, the process stopped and I had to start over again.  To overcome this, I had to tap my screen every few seconds to ensure the setup process completed fully before allowing my phone to go to sleep.  The MyTVChoice team could- and should- make the installation process a little smoother. 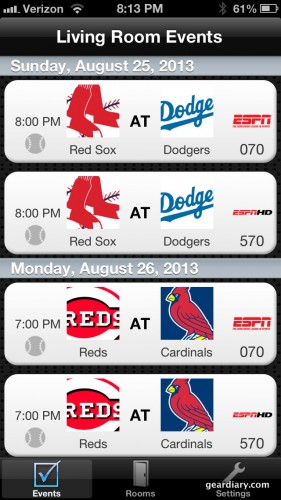 The list of programs compatible with MyTVChoice at that time

I will first say that MyTVChoice, once setup and working properly, does exactly what it is  advertised to do.  After telling the MyTVChoice iPhone app that I was watching the Red Sox vs. Dodgers game on ESPN, each time the game went to a commercial the gateway automatically switched the channel to my “safe” channel, Paladium, the HD music channel.  As soon as ESPN returned to the game from the commercial break, MyTVChoice automatically brought me back to the game.  It absolutely works as advertised. 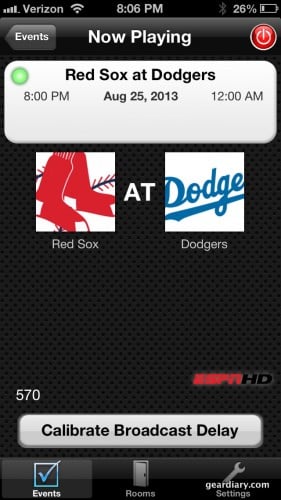 The MyTVChoice iPhone app while watching a compatible broadcast

MyTVChoice is currently rather limited in the programs that it is able to monitor.  That is an issue since, in order for the gateway to work you need to be watching a monitored broadcast.  MyTVChoice currently covers major national sports telecasts, Boston area sports telecasts, and a few popular shows like Dancing With The Stars, The Voice, and American Idol. Starting September 22nd  it will also cover major award shows like The Emmys, as well as the 2014 Winter Olympics and World Cup soccer.  Hopefully, MyTVChoice will be able to monitor a lot more than just the broadcasts I just mentioned in the near future.

Below is how MyTVChoice lists the programs it covers at this time:

MyTVChoice covers all national broadcasts for Major League Baseball, National Football League (at 2 games  a week, that is 1 dollar a game), NHL, and NBA. Also, you can surf during the safe channel time during commercials, and it will always automatically return to the game as soon as the commercial is over.

MyTVChoice is marketed to sports and reality TV fans who don’t want to sit through commercials and to families that watch TV with small children and are concerned about some of the material currently aired. This, of course, includes commercials with sexual and violent content or aggressive advertising.  MyTVChoice is also handy if you don’t want to watch commercials but also don’t want to keep checking to see if your program has returned.  MyTVChoice works well for these purposes… so long as you are watching one of the broadcasts that MyTVChoice monitors.  Were MyTVChoice able to monitor all channels it would be far more useful. Check out  MyTVChoice.

MSRP: The gateway is free, plus shipping and handling; the MyTVChoice service costs $9.99/month for the first 12 months and $4.95/month after that.

What I like: Automatically changes channels to avoid commercials; Don’t need to keep the remote in your hand all the time

What can be improved: Limited functionality due to the small number of broadcasts that MyTVChoice monitors; Setup could be smoother