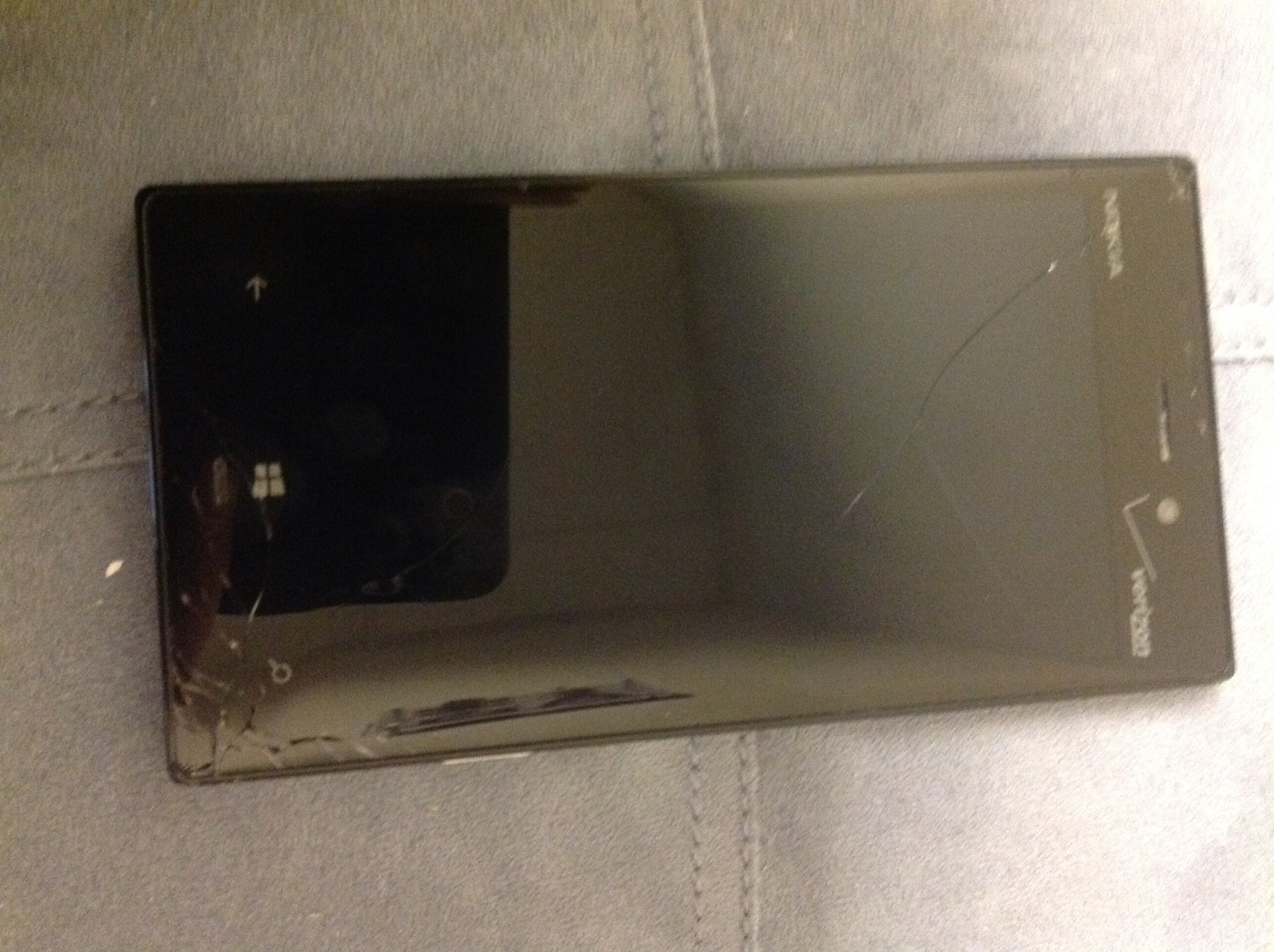 I know … you opened this to hear how I’ve given up on Windows Phone, regretted jumping ship, and am moving to more mainstream phones. Sorry, but the rise and fall here is far more literal: my phone took a spectacular triple flip dive out of my pocket today, and the results were right about what you’d expect when phone meets concrete.

It started out as a pretty typical walk with my dog. I had my Lumia 928 in the pocket of my workout pants, a pocket that was deep enough to hold the phone easily. My dog was feeling lazy, and he tried to turn around as soon as his, ahem, “obligations” were met. He turned around and cut to the opposite side of where I was holding his leash, so the leash caught me right below where my phone was snuggled in my pocket. One quick jerk of the leash to keep the dog from pulling a u-turn, and SPLAT. Smashed phone.

Luckily, the screen still functions, but the damage to the right corner is pretty bad. There are some uneven cracks near the Windows key and the search key, and I’m a little concerned that will only get worse over time. Unfortunately, the Lumia has a glued together screen assembly, so while I could find a screen online, I don’t know the first thing about the repairs.

I tried Verizon, who were quite sympathetic but entirely unhelpful. They suggested trying a cell phone repair place, as the sister-in-law of a friend of another rep (not the one I was speaking with) had luck getting a Lumia repaired by one. That’s … not helpful. The local store suggested a cell phone repair place at a nearby mall, but the place has almost no web presence, and the store phone number was a cell phone — a rather sketchy proposition. Finally, I tried Nokia. They verified my phone was legitimate, and then they gave me the number for their authorized repair service. I’ve left a message with the repair service, though I still have no quote on the exact cost.

The lessons here? Don’t walk your dog with an uncased phone; don’t drop your shatter-prone Lumia 928; and if you’re going to run around breaking phone screens, break an iPhone screen-at least you can easily find a repair facility!