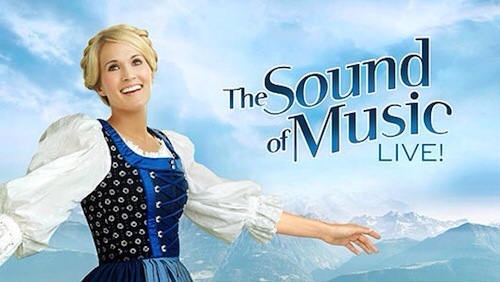 My Facebook feed recently exploded with snarky jokes; I was chatting with friends that I haven’t talked to in months, while Sarah and I were laughing so hard at Facebook that I worried we might wake the baby. What’s so funny? NBC’s live interpretation of “The Sound of Music”.

Good TV invokes lots of social media discussion too, but it’s different. After the “Breaking Bad” finale, Facebook exploded too, but it was mostly in the “Oh wow that was great” vein. Everyone loves a good train wreck, though, and NBC delivered in spades. Sadly, we missed out on the “Sharknado” phenomenon, but this is looking to be even bigger.

It’s amazing how social media can change the viewing experience. A few years ago we would have watched something this terrible and probably switched it off in disgust after a few minutes. Instead, we powered through just so we could snark with friends! My only fear is that NBC will see the social media engagement numbers and not the actual critiques, and they’ll ruin more beloved musicals next year!