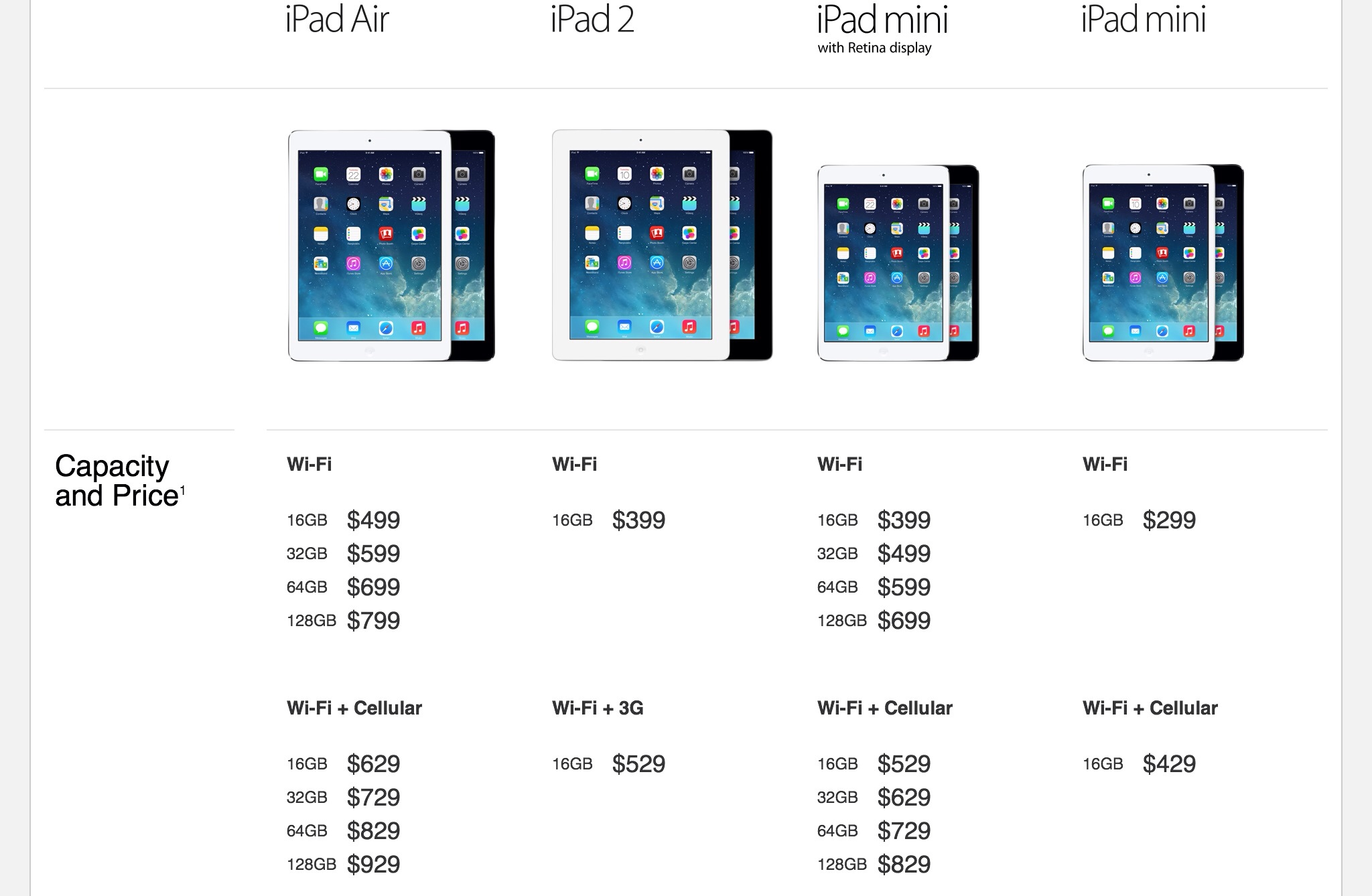 I have a dilemma. While I don’t need to upgrade my iPad 3, I have the “I want a new tablet” itch, and it looks like the newly updated iPad mini will fit the bill nicely. The real question, though, is whether to opt for another wifi tablet or purchase one with integrated 4G!

The other Gear Diary editors see this as a no-brainer; the convenience of having integrated 4G is worth the cost, hands down. But it occurred to me that it was worth investigating whether that’s really the case, or whether there are other, more cost-effective ways to have a connected iPad. Would tethering or a separate hotspot make more sense?

Let’s start with a few basic assumptions; it will cost $10/month to add an iPad to my Verizon plan, and it costs an additional $10 to move us up from a 4GB shared bucket to a 6GB bucket. So, somewhere around $20/month to add an iPad with 4G. There’s also the additional $130 for the integrated 4G in the iPad up front. So that breaks down the costs for an integrated iPad.

The there’s the wifi+tethering option. For the additional $10, I can increase our data bucket and tether a wifi iPad to my Lumia. The downside is that this means I’m likely to drain my phone battery faster, plus I need my phone and iPad in roughly the same spot. But since I mostly use my iPad in a fixed location, like home (where there’s wifi) and work (where there’s not) this option is somewhat appealing.

Of course, the way around the battery issue is to use a dedicated hotspot. I have a T-Mobile hotspot right now, but it ends in December. If I were to go this route, I would have the cost of a hotspot plus the extra device charge of $10, as well as the extra uptick in data costs. From an out of pocket standpoint, this isn’t so different than the iPad Mini with integrated 4G, except that this data is far more portable. If the iPad gets replaced or swapped, it doesn’t matter, since the hotspot is independent. If I want to tether Sarah’s Kindle Fire, or anyone else’s device, I can easily. At the same time, this hotspot function works for my Lumia as well as the iPad with 4G, and I can count on one hand the number of times someone else has used my hotspot. So the perceived flexibility isn’t as much of a boon as it first appears.

I started this little thought experiment convinced that, despite the assurances of my fellow Gear Diary editors, there really was a savings to decoupling 4G and a tablet. Now, I’m not so sure, and am leaning towards getting a 4G Mini. However, I reserve the right to change my mind before they start shipping!

What about you? Do you opt for integrated connectivity in your devices, or does a separate hotspot meet your needs? Let us know in the comments what your choice is and why!