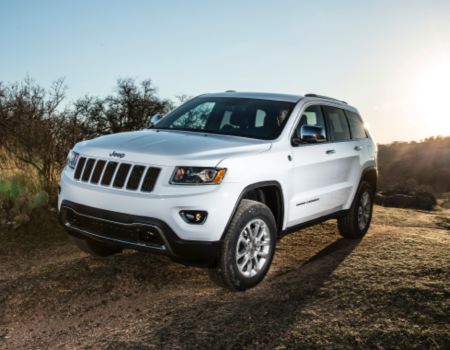 According to Jeep, the Grand Cherokee premium sport utility is the most awarded SUV…ever. Those are some pretty big bragging rights, but after driving the new Grand Cherokee it is easy to see why this model is second to none in a category transitioning from rural bumpkin to metropolitan mainstay as automakers retool the segment for more urban adventures.

The sport utility vehicle moniker once meant a boxy carriage capable of carrying people and their cargo placed atop a sturdy ladder-type frame rolling on solid axles and sporting a fuel-chugging engine. Those days are just about gone.

Fast forward to current production, and many automakers have transitioned to stiff monocoque structures powered by smaller, more fuel-efficient engines backed by up to twice as many (or infinite number of) cogs in the gearbox with wheels sprung independently at each corner and offering up to three rows of seating as if it were in the mass transit system. 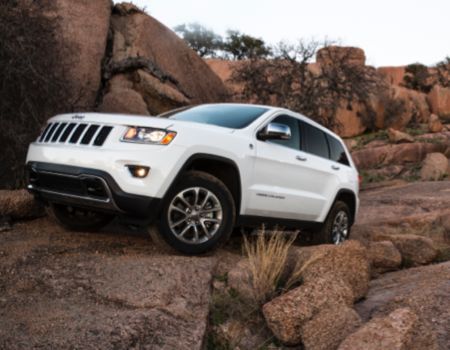 The 2014 Jeep Grand Cherokee is no different (save for the last item above as two passenger rows are quite sufficient) as the automaker strives to set the standard in the new premium SUV segment that sees fewer vehicles slogging through mud and snow despite still being some of the most capable in those arenas. After all (for the most part), a Jeep is still a Jeep.

What that means is the vehicle should still be able to quickly and easily transition to any type terrain, and thanks to some modern technology the Jeep Grand Cherokee can accomplish this task more efficiently than ever.

All Grand Cherokee models are available in two- or four-wheel drive, the latter of which Jeep offer three systems: Quadra-Trac I, Quadra-Trac II and Quadra-Drive II. To this the automaker offers its Selec-Terrain traction management system, which allows drivers to quickly select the type terrain found underneath the tires with the turn of a knob. Also available are Quadra-Lift air suspension, electronic limited-slip rear differential, and the new Selec-Speed Control allows drivers to control hill ascent and descent via steering wheel paddle shifters without ever having to touch the brake or gas pedals. 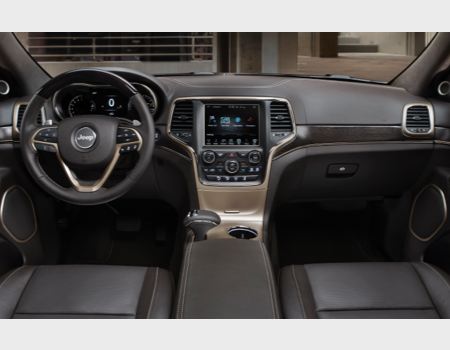 For 2014, powertrain options have grown even greater with the addition of new 3.0-liter EcoDiesel V-6 capable of 240hp and 420 lb. ft. of torque. The new eight-speed automatic transmission is now standard across all models in the Grand Cherokee lineup (including the beefy SRT model). Our recent tester arrived with the Pentastar 3.6-liter V-6, rated at 290hp and 260 lb. ft. torque in this application, which proved more than capable during our week behind the wheel. Fuel economy is rated at 17 mpg city and 24 mpg highway, which is on the low side for the segment but better than previous generations.

Grand Cherokee models arrive in choice of Laredo, Limited, Overland, Summit and SRT trim levels and are built in the same Detroit factory since being introduced in 1992. 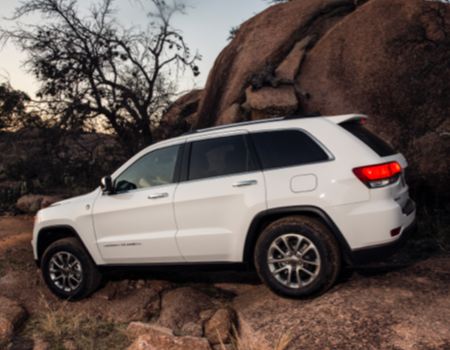 The 2014 Jeep Grand Cherokee we recently tested arrived in Laredo E 4×4 trim with the Quadra-Trac II 4WD and Selec-Terrain offroad management systems. The vehicle is very stable on road and off, although the suspension is tuned slightly more to the 4×4 end of the spectrum — meaning there were a few bounces in the suspension system around town but nothing discerning. The vehicle rides on 17-inch wheels and on/off road tires standard and offers nearly every modern amenity from the automaker.

Pricing for the Laredo 4×4 begins at just over 30 grand, with this test model arriving with a final window sticker of $37,530.
As many in the segment seem to be aspiring to the “everybody gets a trophy” philosophy, Jeep maintains its legendary heritage by offering a vehicle still quite capable of taking its occupants from hither to yon and back again without nary a hitch in its step. The Trail-Rated 2014 Jeep Grand Cherokee continues to offer surefooted-confidence in any type weather or terrain condition and proudly wears that badge of being the most awarded SUV ever. 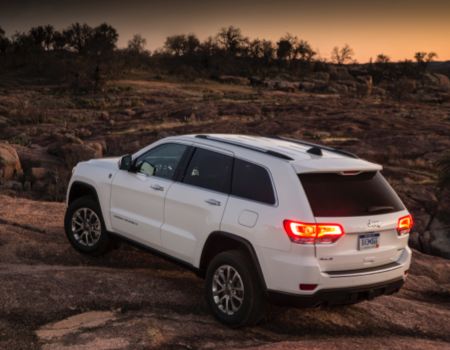