If spending an afternoon cruising along the California coast in December sounds like your idea of fun, you’ll understand why I had such a great time recently while taking the 2016 Chevy Malibu for a spin. Now only is the car fun to drive, it’s loaded with state of the art tech. 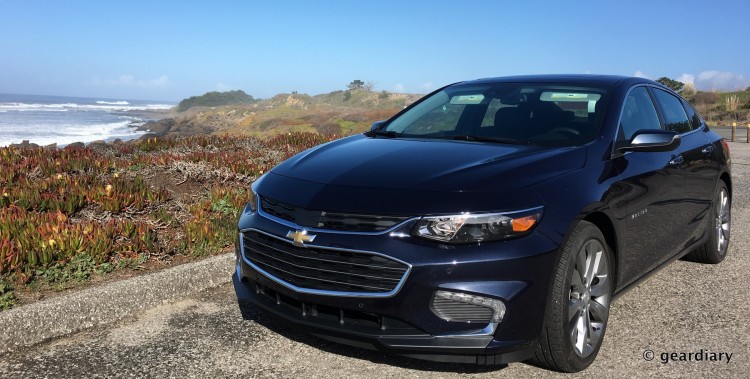 What makes it so cool?

To start, it’s the perfect vehicle for families with teen drivers.

We were reminded of the dangers facing teen drivers while looking at a demo vehicle which had been plastered with sobering statistics. 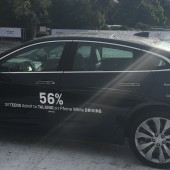 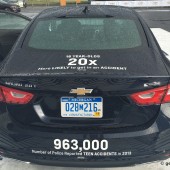 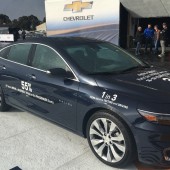 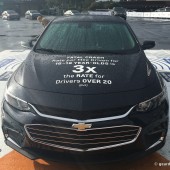 So the question becomes, how can a vehicle use tech to help to combat the fact that (to borrow some of the stats in the pictures) 56% of teens admit to talking on their phones while driving, or that 16-year-olds are 20% more likely to get in an accident (yikes), or that there were 960,000 teen accidents reported in 2013? How about the fact that only 55% of teens wear a seat belt while in the passenger seats (scary), or that one in three teens admits to texting and driving.

The 2016 Malibu allows parents to keep track of their kids’ driving habits. Once a teen has been assigned their own key fob, parents can use the Teen Driver feature to interpret information gathered while their teens are driving. Obviously, this isn’t going to prevent all wrecks but it will give parents a starting point for discussions about safe driving, and there are incredibly smart features that can make a difference — like the radio not coming on until the front seat belts are all fastened, and of course, built-in Bluetooth for hands-free calling. The Malibu is the first Chevy to get the Teen Driver feature, but it will eventually be available in more models.

On top of muting the audio when the front seat occupants aren’t wearing their seat belts, the Teen Driver feature will:

Can your family car do that? No I didn’t think so. 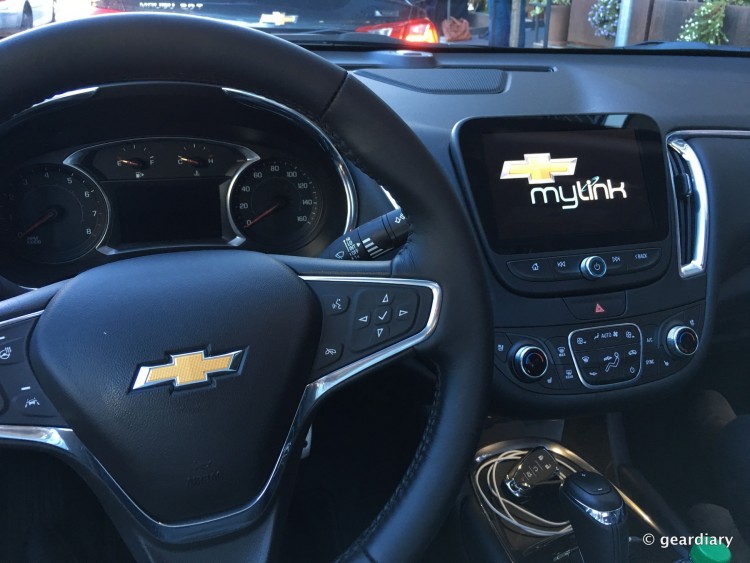 I have to admit that it still freaks me out to be in a car that can basically parallel park itself, but I am getting very used to it. Have I mentioned that parallel parking was one of the things I got docked for when I took my driving test at 16? Yeah, well. =P

The 2016 Malibu also “comes standard with 10 air bags and an innovative 360-degree sensor that can measure the severity of an impact and adjust the inflation of the air bags accordingly. In the event of an impact, a high-strength steel safety cage provides impressive protection.” If you’ve got On-Star (get it, if you have a teen driver, it is so worth it for the peace of mind alone), “when the air bags deploy, built-in sensors can automatically alert an OnStar Advisor, who is connected to your Malibu, to see if you need help and will contact emergency services. Even if you don’t respond, an OnStar Advisor can use GPS technology to pinpoint your location and request that emergency help is sent right away.”

The Infotainment Center is easy to work, and Apple CarPlay is amazing.

This is probably the first vehicle that I have driven that not only had a completely intuitive infotainment/navigation system (as in it all makes sense, and there are no convoluted menus to deal with). Of course, we were driving around in a loaded out version with a Bose system and satellite radio, but the star of the afternoon — believe it or not — was Apple CarPlay. If you have an iPhone or an iPad, then you already know how to work CarPlay. It is incredibly easy to make and take calls, listen to your music, hear and respond to texts, and navigate around. Oddly enough, I felt like Siri understood me better over the CarPlay system than when I am using my iPhone! I sent a text to myself — perhaps half afraid that the text wouldn’t be understandable on the receiving end, and not wanting to fool with explaining why something like that had been sent. Not only was my voice transcribed text 100% spot on, Siri humorously captured the rambling nature of my message.

The Malibu even has its own hotspot built in, so while traveling passengers can surf, listen to their cloud-based music, or they can do any of the other things people do when they have access to a reliable 4G/LTE WiFi access point. 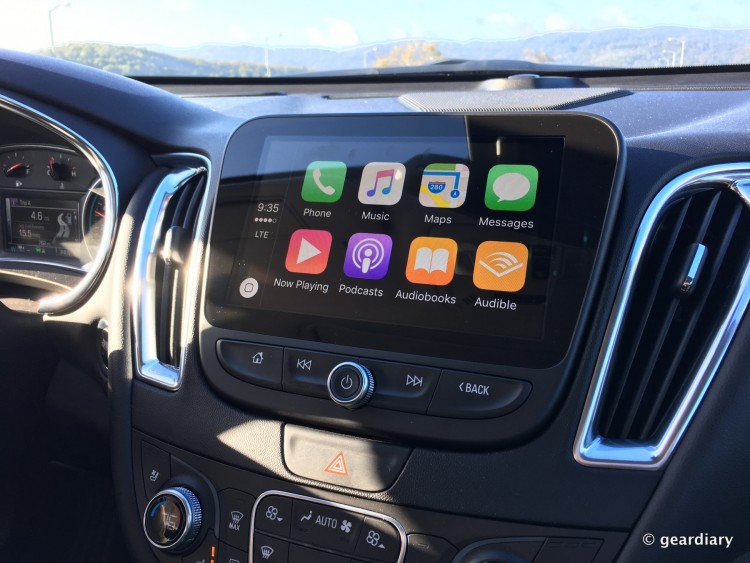 The 2016 Chevy Malibu is roomy, comfortable, and fun to drive.

Inside there is plenty of room to stretch out; if you ride in the back, your long legs won’t be squashed, and there’s plenty of headroom all the way around. You can fit two up front and up to three people in the back.

We drive both the 2.0 Turbo and the 1.5 Turbo. I’ve gotta tell you — if I had my choice it would definitely be the 2.0T; the car has plenty of punch, and it is fun to drive! It handles curves like a champ, and there’s no queasy feeling generated from squishy shocks on twisty roads. The steering wheel is nice and thick, the driver’s seat hugs you without squashing you — it’s just a really good driving experience. 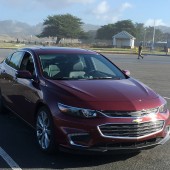 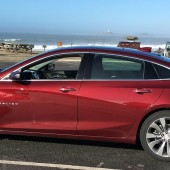 The 2016 Chevy Malibu gets great mileage; there’s a hybrid model, too!

Whether you are in town or on the highway, you’ll enjoy ~27/37mpg in the 1.5T, 22/33 in the 2.0T, and there is even a 1.8L hybrid model which gets 48/45. The Chevy Bolt turned out to be a great forerunner, as the Malibu hybrid uses similar technology including regenerative braking (which helps recharge the battery when you brake the car). The Malibu can go up to 50 miles on battery power alone, and the 1.8L gas engine on its own can do 45mpg or better — not too shabby! You can get it in a 6-speed automatic or an 8-speed automatic; evidently no one wants a manual transmission anymore. 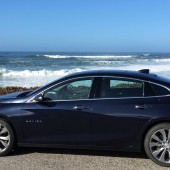 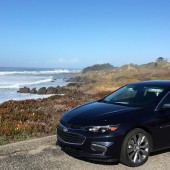 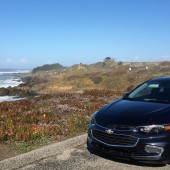 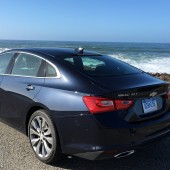 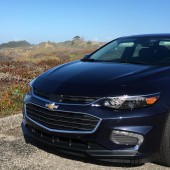 You can learn more about the 2016 Chevy Malibu here.