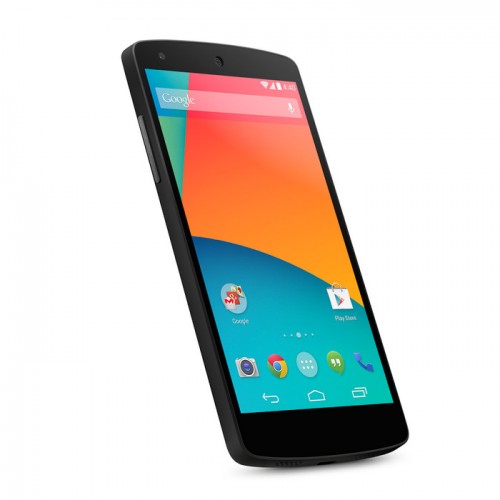 In the worst kept secret ever, and on the best day for a phone with an OS release codenamed for a candy bar, Google has finally released the Nexus 5. The Nexus 5 is made by LG and is pretty much the same hardware as the G2 but without the crappy software or fingerprint scanner.

The Nexus 5 ships with the sweet treat that is Android 4.4, code named Kit Kat. Google has promised that this release should run great even on hardware that is not as robust as the Nexus 5.

This is a treat for Sprint and T-Mobile subscribers, but the trick is being played on Verizon customers. Sadly, people on the largest network in the US get left out yet again.

The most amazing thing is the price.  The 16 GB Nexus 5 is only $350 and the 32 GB Nexus 5 is $399.  Colors are black or white. Both are priced without a contract and available on the Google Play Store.

Update: According to Droid Life, on contract prices for the Nexus 5 are being announced by Sprint and T-mobile.  The price? $149.99 with contract.