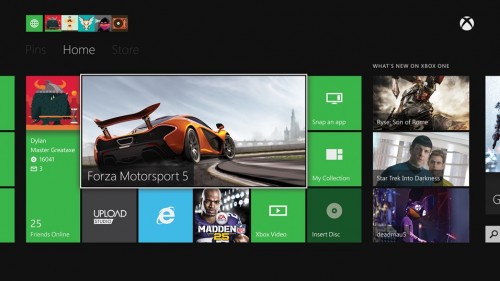 If you’re anything like me, you’re extremely excited for November 22nd to roll around; that’s the day that the Xbox One is being released to the salivating masses.  Today, Microsoft gave us a bit of a teaser into what the next-gen dashboard looks like and how it operates.  Let’s just say that this only feeds the flames of desire.

As you saw in the video above, the Xbox One can move seamlessly between live TV, games, apps, and your friends list without skipping or stuttering.  Using voice commands with the Kinect also looks very simple, but I remain skeptical, as voice commands have always been tricky to use unless you’re speaking perfectly.  I’ll be sure to test out this functionality when I get my hands on the Xbox One.  Overall, however, as the title states, the dashboard looks decidedly next-gen and really slick.

What are you looking forward to most in the next generation of console gaming?  Is it the games, the graphics, the multimedia potential?  There’s a whole lot to look forward to in the near future.