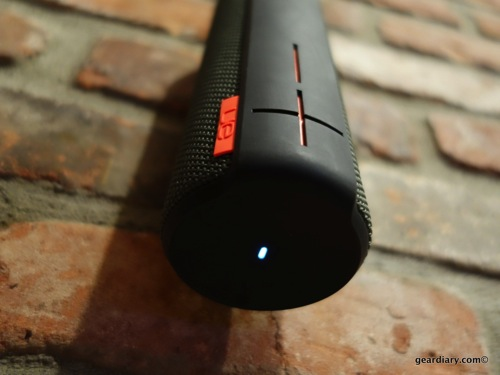 The $199 Ultimate Ears UE BOOM is one of the best Bluetooth speakers available. (Read our review.) The UE MIMI BOOM also impresses and when used as a stereo pair… wow. (Read the review.) A new firmware update teaching the UE BOOM an alarming new trick by improving audio and letting the UE BOOM become your alarm clock.

Check the bottom of this post for both our video looks! 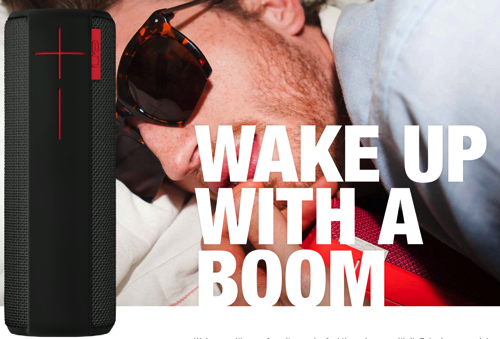 WAKE UP WITH MUSIC: Start last night’s party all over again–every morning. UE BOOM wakes you up with your favorite songs, Spotify playlists, Pandora stations and more. Because the party never actually stops – you just fall asleep. 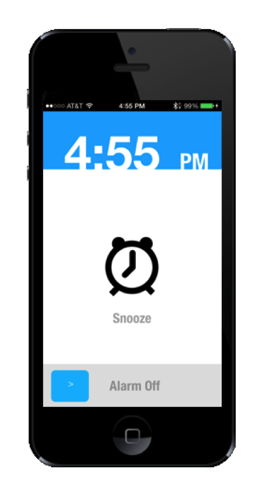 I just love that the image the company uses has the alarm set for… 4:55pm! 🙂

The update took just a few minutes once I plugged the UE BOOM into my Mac. (You can also update via a computer running Windows.) From there it was as simple as updating the UE BOMM app and I was good to go. I really didn’t notice the audio enhancements but, then again, I was already pretty pleased with the sound coming from the speaker. The ability to use the speaker as an alarm clock is a nice addition. I appreciate when companies take the time and make the effort to update products even after they have sold them!

Perhaps an even better update will be the one that adds the alarm functionality to the UE MINI BOOM. After all, the UE MINI BOOM is even more portable than its big brother and, as a result, is ideal for travel.

Check out the update here.