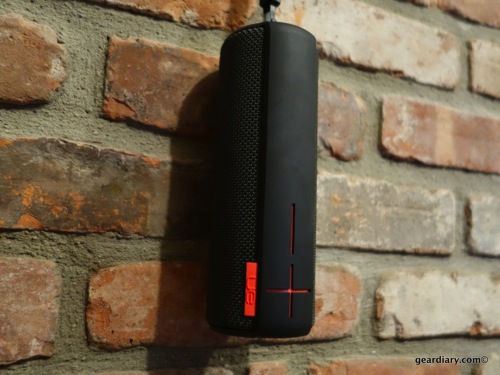 The Ultimate Ears UE Boom wants to be the ultimate portable Bluetooth Speaker. With 15 hours of battery life, great 360º sound, a water and stain resistant acoustic skin, NFC connectivity, and the ability to link two UE BOOM speakers to create a stereo pair, at $199.99 it is definitely in the running. Get one.

We’ve seen a number of portable Bluetooth speakers shaped like a cylinder. Among them are the impressive JBL Flip and the Scosche Boom Bottle, and both of those speakers stand out in terms of build and audio quality. While pricier than either of these options, the $199.99 UE BOOM joins the club of great-sounding, feature-packed cylindrical speakers. 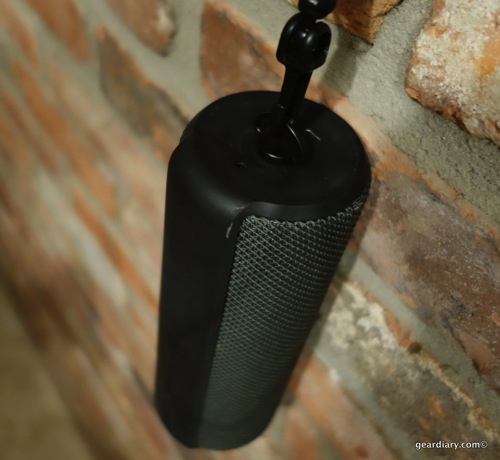 The UE BOOM is designed to go anywhere. It can stand on its own, sit inside a cup holder, or — thanks to the small metal loop on one end — it can clip to a backpack or hang from a carabiner. In order to survive this “go anywhere” approach, the UE BOOM is built solidly and covered in a “colorful acoustic skin with a water and stain resistant plasma coating.” This means the UE BOOM will go with you and survive most any of the bumps and bruises it might encounter along the way. 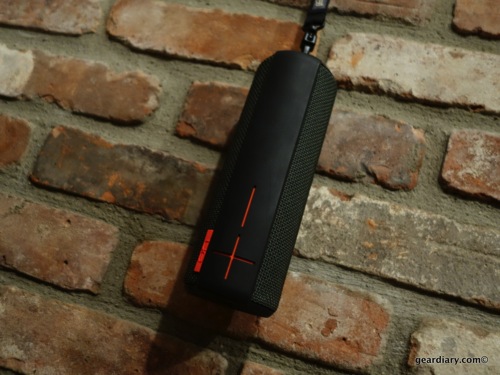 The 7.1” tall speaker is 2.6” in diameter, and it weighs in at 19oz. The heft of this speaker will surprise you the first — and second — time you pick it up. Here is a video look at it:

The UE BOOM is packed with technology. It can pair with up to eight source devices, and it can be actively connected to two of them at the same time. This is fantastic if you are, for example, switching off song selection with someone else. And while the usual Bluetooth range is about 10 meters (30 feet), the UE BOOM gets an impressive 15m (50 feet) of range. 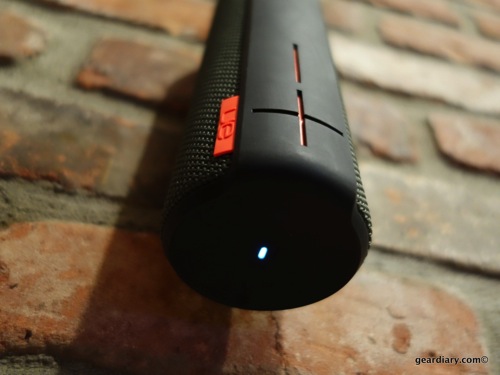 The speaker takes three and a half hours to charge and, from there, can offer up close to 15 hours of sound. Charging is accomplished via the microUSB port. Inside the UE BOOM are two 1.5” drivers and two 2” passive radiators. Together they offer big, excellent sound. I especially appreciate the fact that the speaker placement and UE BOOM’s design allow it to put out sound in all directions. That means that, unlike many portable Bluetooth speakers, you don’t need to be sitting directly in front of it to hear the best quality audio. 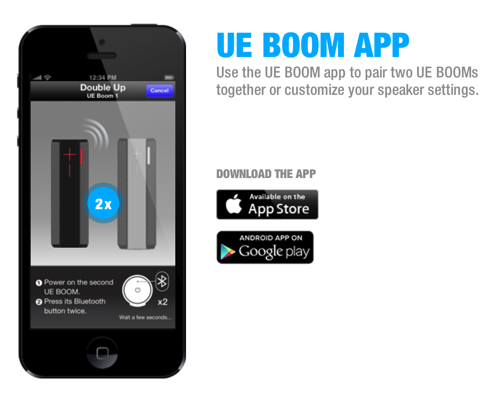 The UE BOOM has another trick up its sleeve. If you own two of the speakers, or if you and a friend each have one, you can download the free UE BOOM app from the iTunes App Store or the Google Play App Store, and you can use the speakers are a stereo pair. The apps also allow you to customize some of the speaker settings, although customization is rather limited in its scope. Of course the UE BOOM also doubles as a Bluetooth speakerphone thanks to its integrated microphone and implementation of A2DP (Advanced Audio Distribution Profile). 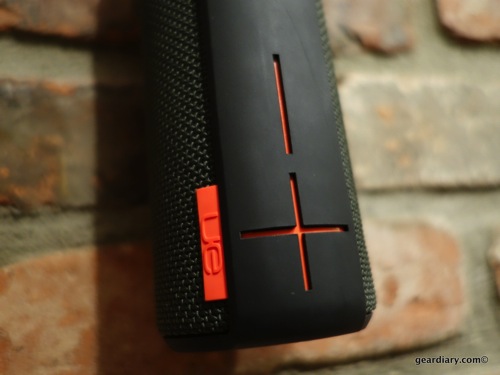 The UE BOOM is an impressive speaker. When I first took it out of the box I was surprised by its heft. This is a solid speaker that is intended for use in the real world. I was impressed yet again when I turned on the speaker. It gets loud and sounds great, and it sounds equally good no matter where you are in relationship to it; the 360 degree sound is no gimmick. Add in great battery life, the availability of various colors, the ability to use two speakers as a pair, and you have a terrific speaker option that deserves a look. Sure it is pricier than some other options, but its features, build, and sound help justify the price. Check out the various colors and order yours here.

What I Like: Great sound from any direction; Rugged without looking like it is; Great Bluetooth range; Ability to use two as a stereo pair; Good battery life; Fits in a cup holder, hands from a clip; Many colors available

What Needs Improvement: Does not ship with a protective bag; More expensive than other Bluetooth speakers; Stereo pair is a pricey option