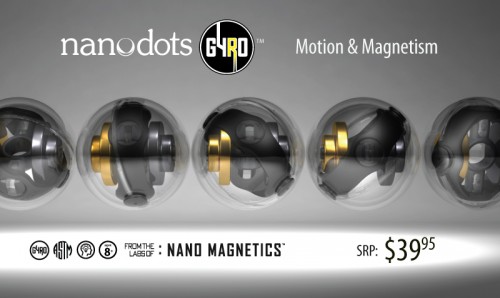 A while back I reviewed Nanodots.  Nanodots are similar to Buckyballs (which had been recalled by the Consumer Product Safety Commission because they posed an ingestion risk for children and teens). Nanodots has come up with another magnetic toy that looks like it might be less tempting to swallow by anyone, Nanodots GYRO. 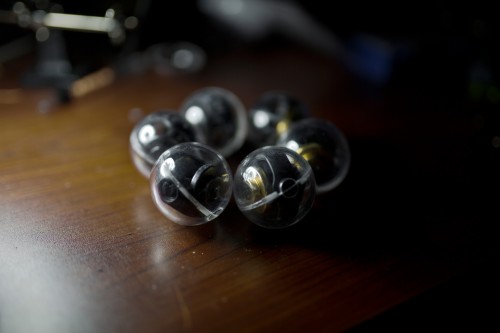 Nanodots GYRO takes neodymium magnets, puts them on a freely moving gimble and then encases them in a ball.  The youtube video below shows you some ideas for how you can play with Nanodots Gyro. 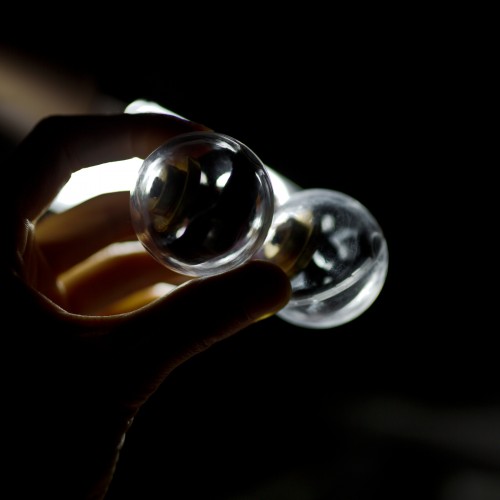 Nanodots GYRO would make an excellent stocking stuffer for the mad scientist in the family.  They are available for pre-order now for $39.95 and they promise that they will ship in time for Christmas!

A note from Nanodots:

Magnets are being recalled because the government and industry (including us) are in the middle of creating new regulations for small neodymium magnets (here’s the version of the rulemaking the CPSC originally created). Before it passes, they have to review the 2000+ comments by the public and us from the industry.  It may sound crazy, but there are currently no regulations on any adult consumer products with magnets in them or consisting of magnets.