I had many RC cars and trucks as I grew up but I haven’t had one since 1995 when I got an RC car as a perk for buying Windows 95. The Toy State Nikko RC Elite Ford F-150 Raptor was sent to me to check out.

This big boy had a ton of fun playing with this truck, and I think you will, too. 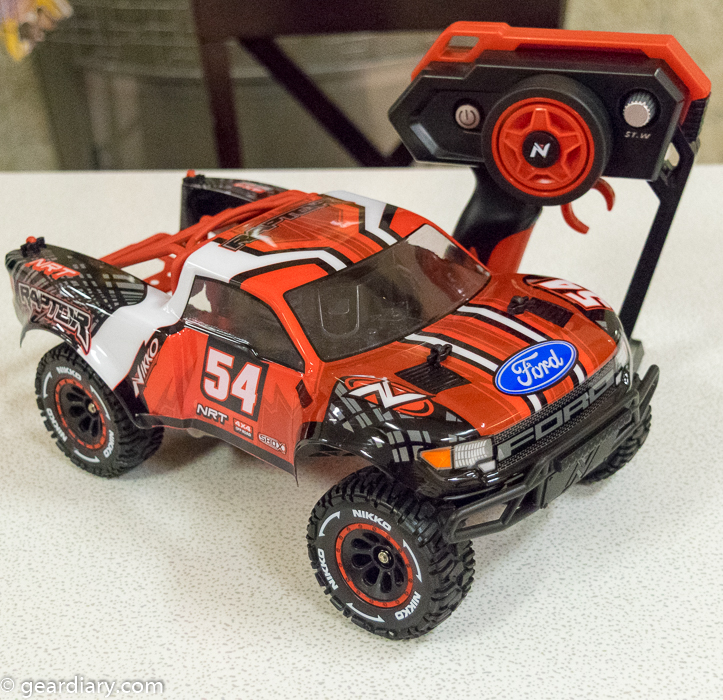 When I was growing up, some of the first RC cars I had all operated in what many call the CB or citizen’s radio band. Operating multiple cars in the same area was always difficult in those days. You had to make sure your car wasn’t on the same frequency as one of the other cars or neither could run their car very well. Thankfully times have changed and most RC cars including this Nikko Elite Raptor are using the 2.4 GHz band. It’s because of this up to 40 drivers can run their trucks in the same space. I never had one issue controlling the truck when I was playing with it with my dad’s and brothers bigger and more expensive Traxxas trucks.

This truck charges up in around an hour with the included charger.  The batteries are Lithium Polymer batteries just like almost anything in the tech world. As for running time I’ve yet to run it out when I was playing with it but I’ve topped it off each time before I fire it up. I think it will easily outrun the 15-20 minute times of my dad’s Traxxas.  Not too bad for a cheaper RC truck! 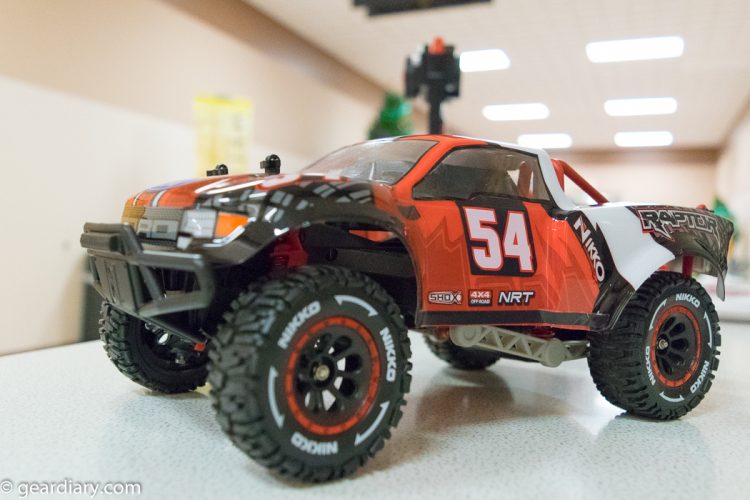 This little Nikko truck maneuvers quite well although it does bog down in the grass. It’s only rear wheel drive which makes it tough when trying to dig through tougher terrain but in the street and in the house it’s not too bad. I did try it on ice once at my church’s parking lot but it would just spin donuts. 🙂 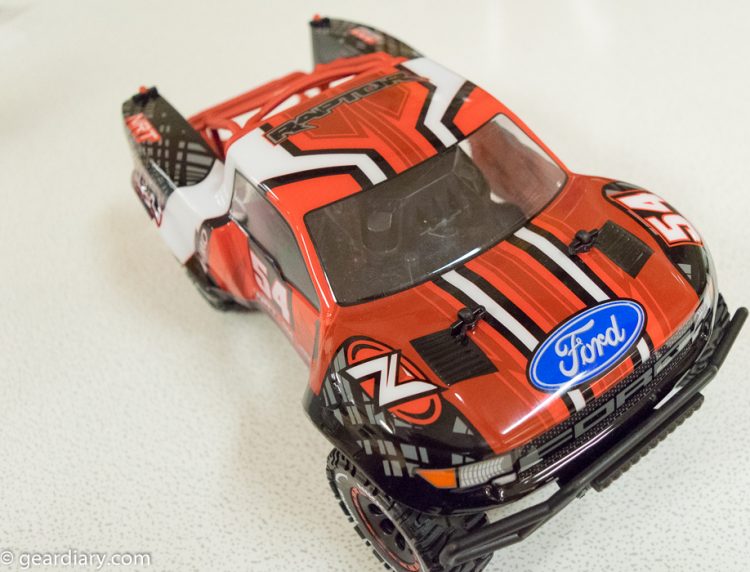 With that said, I’ve wrecked bunches of times and there’s nary a scratch on the body. It’s a thin plastic very similar to what is on the pricier alternatives. I think that actually helps keep the weight down and the speed up as this thing is fast! 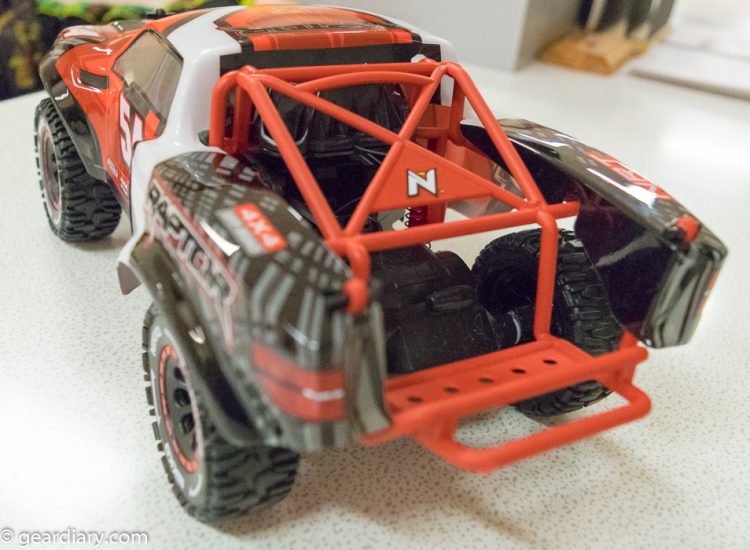 One other kind of fun thing that the Nikko RC Elite Ford F-150 has that some others do not is that it has sound. When you turn the truck on it starts it’s “engine” and the engine revs and changes sound as you drive it. However, this quickly became tiresome. Thankfully they were thoughtful enough to include a switch to turn off the sound. 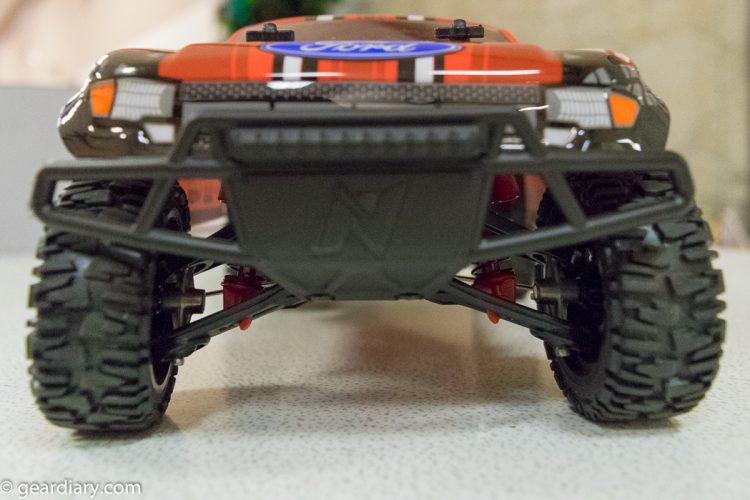 With that said, there are negatives to the Nikko RC Elite Ford F-150.  It is a TOY RC truck. So if you are playing with friends who have the bigger and more durable Traxxas trucks be careful as this little thing will get smashed hard if you collide with them. Unlike the Traxxas cars and trucks, this one isn’t easy to repair!  Once it’s broke it’s pretty much done so if you are afraid of that I would go for a Traxxas or similar brand that you can buy at a local hobby shop.  When you do, if you break a suspension piece or wear out the tires you can buy replacements. However, if you need a cool gift for a kid or even an adult you can’t go wrong with this fun RC truck. I think it’s better to get this versus the New Bright line that I frequently see at Walmart as I think it’s more durable than those.

As for the Nikko RC Elite Ford F-150, it took me a while to find it online at this point in time.  Amazon had it listed for $79.99; as of this writing it is currently not in stock, but I was able to find it in stock here at the same price as Amazon, so I would pick it up soon if you want this truck!

What Needs Improvement:  If you break it there is no easy way to repair it.