Summertime is just about here, and with it comes all the new gear from NERF. Recently, my crack team of testers and I checked out a couple of the new releases for 2018 to see if they are worthy of kids big and small. 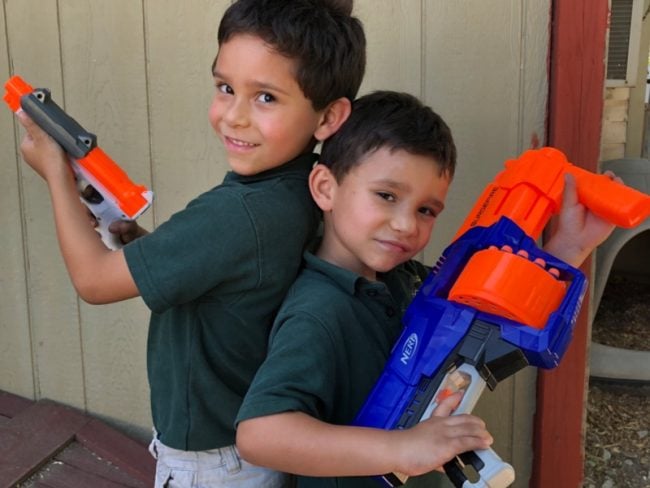 While NERF seems to have become so synonymous with summer it is actually fun any time of the year, especially with some of the new N-Strike foam dart guns that can liven up any stuffy workplace. A few summers ago, we tested the new Sharpshooter unit, and while the kids and I liked it we found the one-shot capability a bit tedious at times. Enter the new N-Strike Elite Surgefire Blaster.

This baby has a rotating drum that holds 15 foam darts so you can overwhelm your nemesis with firepower. The younger of the two grandboys found the cocking action a little difficult at times but my “adult” testers had no issue with working this new model and found it to be exactly what every NERF battle was missing. 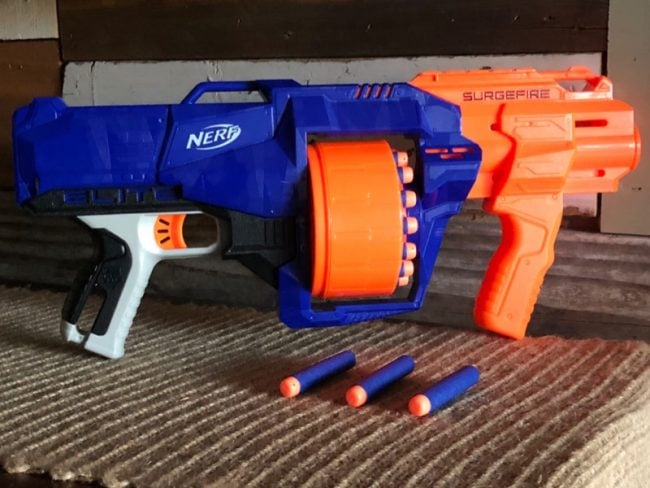 When the Surgefire Blaster arrives you simply snap the drum into place in the frame of the gun and then load it with the supplied foam darts. Cock it by pumping the foresection of the stock and you are ready to fire. The box claims the darts can fly up to 90 feet but we found 50-75 feet of travel more realistic. And you can fire the 15 darts as fast as you can pump and pull the trigger. Once you get the coordinated actions down you will be an intimidating adversary. The unit is available now with retail price of $24.99 and can be found at most major toy retailers as well as www.HasbroToyShop.com. 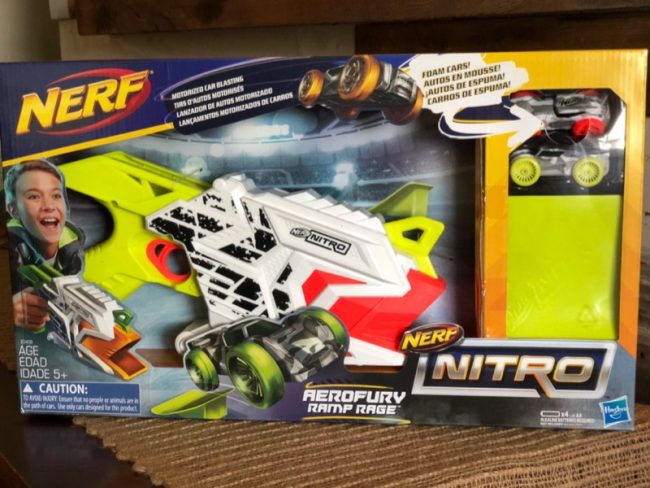 Another interesting “gun” we tested for summer 2018 is the NERF Nitro Aerofury Ramp Rage Set. This thing shoots cars. Yes, cars. Little foam vehicles zip out the front of the unit and can blast just about anywhere including up on the air with the supplied ramp. This new NERF toy caught my eye immediately when I received the press release as it reminded me of the Hot Wheels days of my youth. (Hot Wheels, by the way, is celebrating its 50th anniversary this summer.)

Here is a unit that will launch cars all over the place and can be used just about anywhere. It is quite portable as the kids found out and they had a blast trying to shoot cars at the walls, ceiling fan, cats, etc. They even began shooting two cars at once just because it was cool and their little minds go 90 miles per hour all the time. I had to hit the pause button when they started looking for other items to launch from the Aerofury unit. 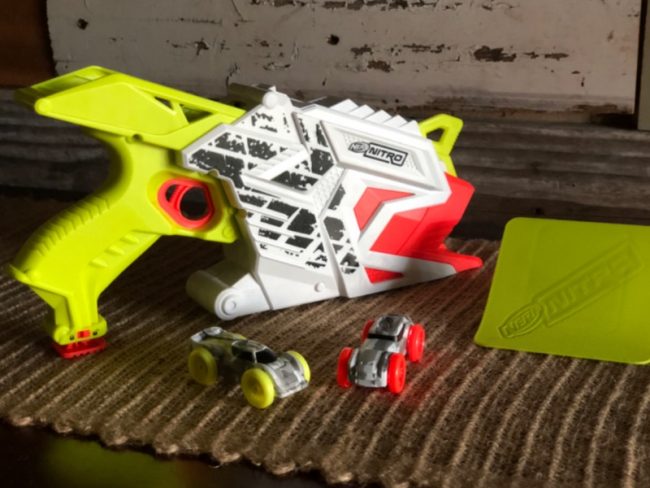 In the right conditions, we found the cars will launch nearly 20 feet in distance and can shoot several feet into the air. It requires a couple of AA batteries to power the motor, but that was easily accomplished. Pricing for the Aerofury Ramp Rage Set is $24.99 and can also be found at most major toy stores as well as www.HasbroToyShop.com.

Summer of 2018 is just about here officially but around our house it has been going for a couple of weeks since we opened the NERF box. These were just a couple of the new offerings for this season from NERF so head over to their website and see what will get you to press “Play” this summer.