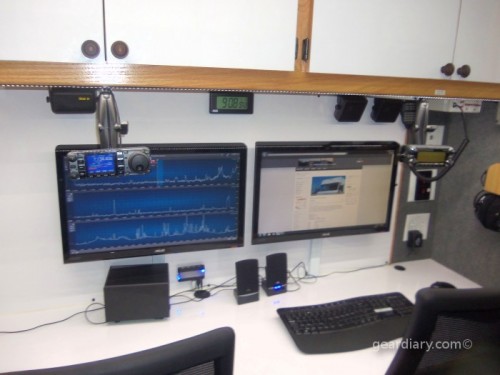 It’s important to have goals.  The new year is an excellent time for new goals, and I thought I would share them here on Gear Diary, as they are oriented around emergency preparedness as well as new radio gear. This year I am planning 2 radio purchases with the second helping me to better serve the community. 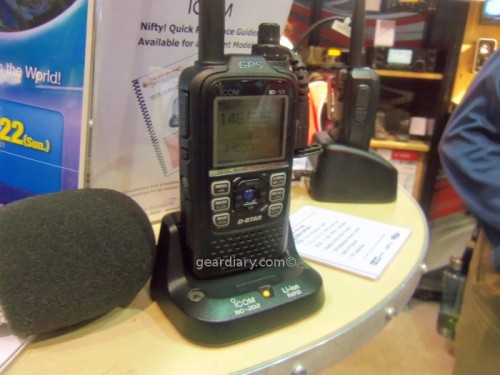 I wanted to pick up a ID-51A last year but the money never was there.  This year the ID-51A will be a priority as my ID-31A that I reviewed earlier is ailing.  My ID-31A works but occasionally the integrated GPS goes out in it and it also is limited to 70cm.  I want the ID-51A because I can pretty much use it for all my daily radio needs so far as local communications goes.  I can use it on both the digital D-star modes and the standard analog ones that are still common. It also works on both the 70cm and the 2m bands. It also shares some of the same accessories that the ID-31A has.  So the extra battery I bought last year will not go to waste. The ID-51A is a better radio in every aspect than the ID-31A so it should fit in nicely with my current setup. 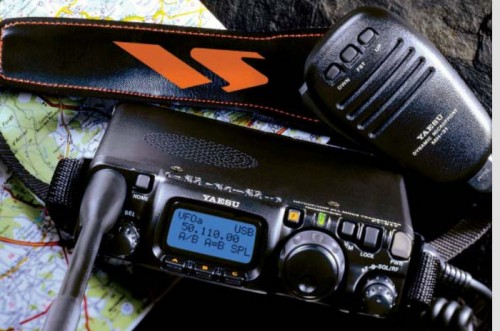 Emergency communications has been a focus of the hobby for me.  Of course it is fun just to play with the radios and talk to hams all over the world but the real reason the service exists is to help people when they really need it. In a true disaster, a handheld radio will only get you so far. They are great for local communications but they fail when the infrastructure fails, JUST like your cell phone. So this year I have an ambitious plan to purchase a completely portable High Frequency (HF) radio setup.

What is HF Radio?

High frequency or HF radio is more what people think of when you think of when you think Ham Radio. In fact HF is probably the first radio that most hams ever talked into when talking into radios wasn’t common like it is today. What makes an HF radio different than a typical handheld? They are usually bigger, more powerful and can work more modes and bands than a typical handheld radio (or Handheld Transceiver….HT for short) like the ID-51A is capable of. For many hams, HF radio WAS the most important radio to have as it was the only one they had at the beginning. This has, of course, changed as the 2m band has became critically important to the organization of the local clubs but it’s still the go to radio when you need to get a message beyond your local area to areas that can help.  HF radio is what the hams use in situations like Hurricane Katrina or last year’s superstorm Sandy.  The frequencies it uses are able to get a message out of a disaster area using HF since it inherently has more range.  It also doesn’t rely on anything local infrastructure like a repeater. All you need is the radio and a power source.  A power source can be commercial power, batteries, a geneerator (powered by gas or even the wind!) or solar power. So you can see why adding one to my station will be a benefit in an emergency situation. For more on HF radio, check out my post on how to talk to the world for more info on HF radio.

What Radio will I Use?

As I am really into using the least amount of power needed to establish communications, I am looking into low power or QRP radios. Specifically, I will use as the center of my portable setup a Yaesu FT-817ND. This radio is a QRP radio. Its top power when connected to a 12 volt source (like your car battery) is only 5 watts. When you use the included internal battery to power the radio, it will only produce 2.5 watts of power on the typical HF voice mode, Single Sideband. You would think that with such limited power, you couldn’t have as much range but you can actually communicate almost anywhere in the world if the conditions are right!

To this radio, I will also add a Super Antenna MP-1. This antenna can work on all the bands I need to use with this radio and even has a mount to directly attach the antenna to the radio making this an ultra-portable setup.

To better match the antenna across the bands, I will use a LDG Z-817 or the LDG Z-817H antenna tuner. The job of this device is to improve the power transfer to the antenna. There’s a lot more I can say about this, but that will be a post for another day!  For now, check out this article on the operation of antenna tuners with regards to amateur radio.

Those really are my top two goals with regards to my ham radio exploits this year. These are what I would call operational goals. They don’t earn me awards. They DO let me hone my skills in station setup and allow me to operate on bands which I don’t have the equipment. This will also increase my ability to serve the community as I can throw ALL of this in ONE bag with my tablet and a few other things and I can fully function on the ham bands almost anywhere I want to. I can see myself putting this stuff in a bag and walking over to the park for lunch and working a few contacts while I enjoy a break from work. The hard part, of course, will be financing this equipment. Ham rigs aren’t cheap and it would not surprise me if I can’t finance them this year but that’s why it’s a goal. I DO think it’s a reachable one and it’s a goal I intend to write about here on Gear Diary as I try to achieve it!