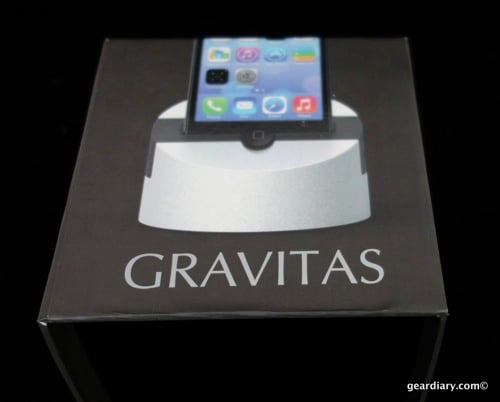 Every now and then a device accessory comes along that simply stands out in a crowded market. That is the case with the Flote M2 Tablet Stand we recently reviewed and it is the case with the Henge Dock Gravitas Lightning. Simply put, if you have an iOS device equipped with a Lightning connector this is the best dock around. 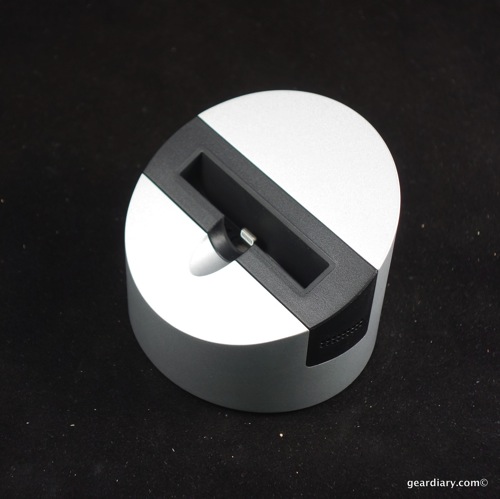 That opening statement is no overstatement. From the minute I opened the package containing the Gravitas I knew this was a standout dock for anyone using a Lightning-equipped iOS device. The dock weighs a ton. Okay, that IS an overstatement. The Gravitas weighs 2.54 pounds and is surprisingly heavy. Made from an alloy that is 265% heavier more dense than aluminum it means the small dock weighs enough that you can lift your iOS device out with a single hand.

And since it ships with four different inserts, the Gravitas will work with all current Lightning iOS devices. Better still, the company is committed to this product being future-proofed and notes on the box that they will offer new inserts as Apple redesigns their phones and tablets in the coming generations. I LOVE that Henge Docks is making that statement early and upfront since, at $89, this is not an inexpensive iOS accessory.

And if you use a case… No problem. 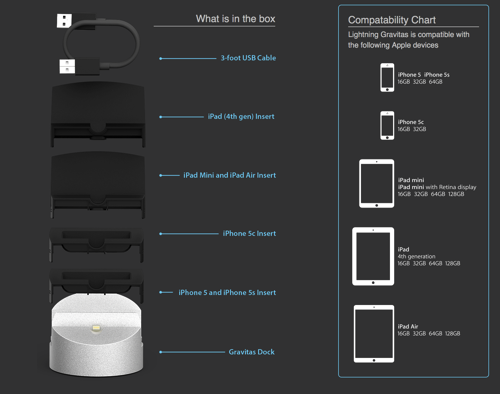 Gravitas ships with the Lightning-equipped base (there is no need to use your own cable), four inserts, a USB to USB cable and instructions.

The Gravitas looks best with the iPhone inserts but the ones for the iPad add that extra bit of back support so the device is held securely and minimal stress is placed on the Lightning connector. 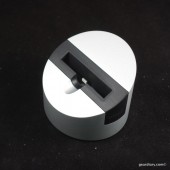 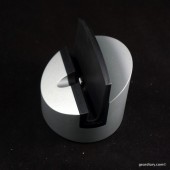 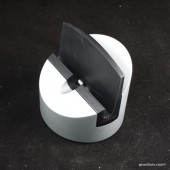 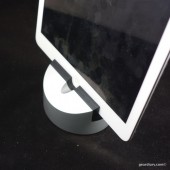 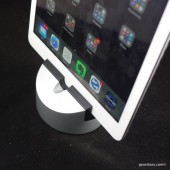 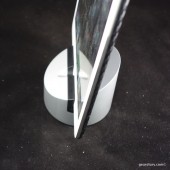 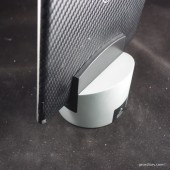 I see myself using it with an iPad most of the time and the rear support makes a lot of sense even it is does kill the dock’s clean lines. 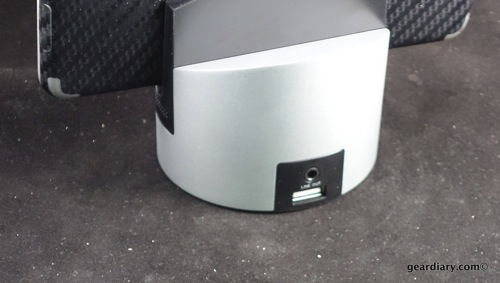 The dock itself does a great job of holding devices securely in place. And if this dock only held the phone or tablet and charged it I would have been impressed. The good news is that it also offers audio out. 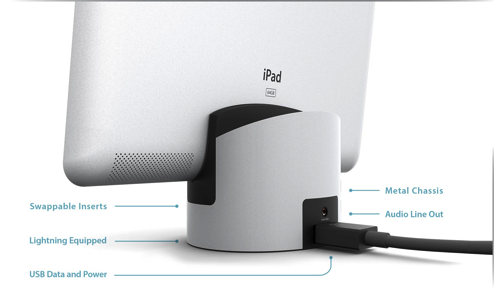 Connect a 3.5 to 3.5mm cable to the Gravitas and an audio system and the music is channeled from the iOS device into whichever speaker system you choose. I ran the cable to the FiiO DAC I recently purchased (the review is on the way) and from there sent the audio to the Kanto YU2 speakers we reviewed last year. It is a superb setup that is clean, simple to use and looks great on my desk. 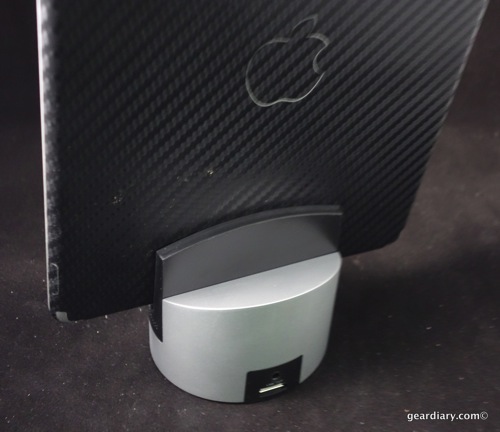 The Henge Dock Gravitas Lightning is pricey but it is a solid accessory that looks fantastic, does its job better than any iOS dock I have tried and, thanks to its design and Henge Docks’ commitment, is future proofed. It is a bit annoying that you need to swap out inserts if you are moving from one device to another (iPhone to tablet etc) but that is the price you pay for a dock that holds your phone or tablet securely in place. For me the Gravitas will be 99% for my tablets so this doesn’t present an issue for me. If there were one thing I would have wanted it would have been a tiny bit of an angle rather than the device being held all but vertically. That, however, is a minor complaint on a product that won a Best of CES award… and completely deserved the accolade. Learn more here.

What I Like: Amazingly well made; Looks great; Weighs a great deal so removing devices is easy; Ships with four different inserts; Allows for audio out; Future proof

What Needs Improvement: May be more than people are willing to pay for a dock; Device held all but vertically