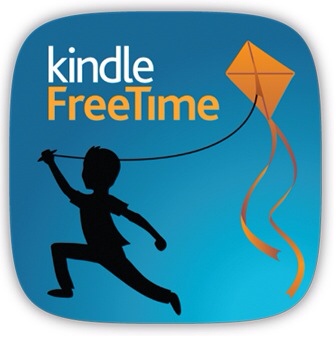 A coworker came to me recently for advice about buying a tablet for his family, one that he and his wife could use and share with his toddler. Specifically, he wanted a way to create timed parental controls, and he wanted to make sure he was right in believing the Kindle Fire was a better fit than the iPad.

Basically, he wanted Kindle FreeTime and was disappointed that iOS parental controls were far weaker and less fine-grained. He was envisioning being able to hand his daughter a tablet, locking her into specific apps and limiting her non-educational time, something that can really only be automated well on the Kindle. What really disappointed him was that he called Apple to confirm there was no way to easily switch controls around, and Apple told him to buy a separate tablet for his child if that’s what he wanted.

Obviously, Apple doesn’t design iOS for multiple users, even parent/child. Look how long it took for them to tweak the in-app purchasing system after parents complained. This strategy clearly hasn’t hurt them, but it does leave them vulnerable. Kids are practically born working smartphones, something we’ve seen with our son. He has no idea what he’s doing, but he does know how to accidentally hang up the phone (must be the allure of the big red button). I have no doubts that before we know it he will be begging for a chance to play games on our phones.

I haven’t used FreeTime on the Fire, so I can’t comment on how that might work, but I do think that when he’s ready to play with the phones, we will be handing our son my Windows phone over Sarah’s iPhone thanks to Kid’s Corner. For those who aren’t familiar with Windows Phone, Kid’s Corner is a separate start for kids that you can set up on your phone. At the lock screen, you swipe left instead of up, and it takes you to a special area with apps you’ve selected. No browser, no phone, no email, no marketplace, and only the games and videos you’ve approved. It’s a way to have a curated kid-friendly area instead of having to dig through layers of parental controls.

There is nothing similar to this for iOS, and there needs to be sooner rather than later. Apple could capture families from a very young age with a kid-friendly iOS setting! In fact, why not sell a kid-friendly version of the iPad-call it the ePad after the old eMac! Apple already sells the old iPad 2 for some odd reason, why not use that old hardware to run an even more restricted version of iOS just for kids? Schools would love it, parents would love it, and it would stave off the competition. In the meantime, the lack of family-friendly parental controls is a major Achilles heel for Apple…it’s cost them at least one sale, and I am quite sure my coworker’s family is not the only one faced with this dilemma!