Like Michael, last November I bought the HP Stream 7 Tablet. As Windows users everywhere were getting the button in the notification bar that you can reserve Windows 10 for your PC, the Stream 7 didn’t because it uses a compressed version of Windows 8.1.  That does not mean it will not run the new OS.

Will you want to?  The answer is maybe. 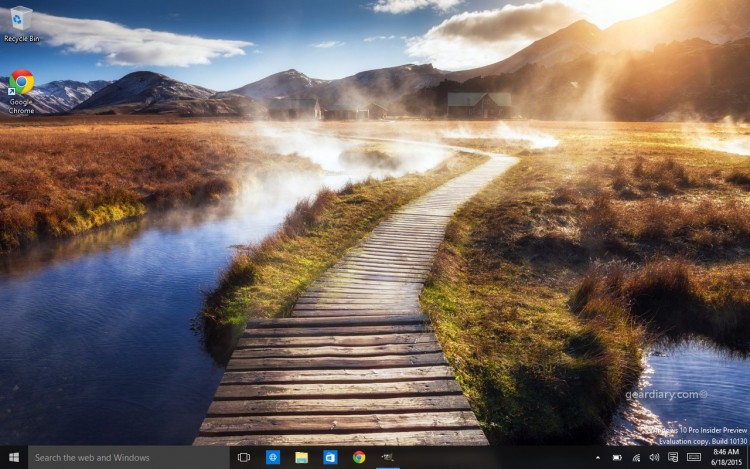 I followed instructions I found on the web to install the latest technical preview of Windows 10 on my Stream 7.  These instructions also included making a copy of the Windows 8.1 image already on the tablet onto a thumb drive so that you may reload 8.1 later if you don’t like Windows 10.  The only things you will need is a handful of thumb drives, a USB OTG cable, a powered USB hub and a mouse and keyboard. I won’t regurgitate the instructions here but the process is relatively painless with the exception that you will need to download the drivers for the tablet from the HP site and put them on a thumb drive.  Other then that, it was like any Windows install you may have done. 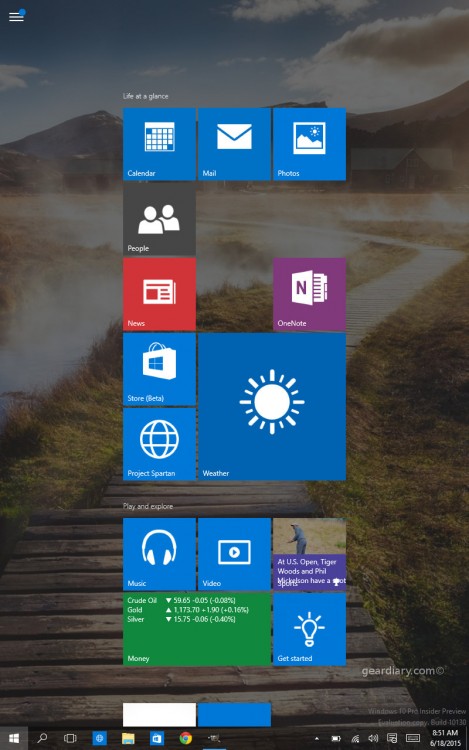 Windows 10 has brought back the start menu and also added the ability to switch back and forth from a tablet and a desktop interface. In both modes, you can view the start menu full screen.  In desktop mode you can also use a smaller, more desktop version of the start menu. This smaller menu will be fine for laptops but on tablets like the Stream 7 it’s actually better to use the full screen menu. Tablet mode will make each app take up the entire screen which makes sense on a small tablet. Although it looks a little odd when running a install shield with an installer in a window. It blows the tiny window up but leaves considerable blank space as it doesn’t re-scale the controls to fit the screen. Although this is mostly with installers rather than apps like Office.

Speaking of office, I am trying the Office 2016 Preview as I subscribe to Office 365. Word, Excel and others all seem to work well on the tablet although it IS difficult to use.  It’s obvious, to me, that Microsoft needs to and intends to make a tablet version of Office and the Stream 7 screams for it, but for now this will have to do.

Microsoft’s Edge Browser, formerly known as Project Spartan, runs ok on the Stream 7 and I actually like it quite a bit better than Internet Explorer, but I still installed Chrome.  Somethings never change.  🙂

Other then that, I am hard press to find why this would be better than Windows 8 on a tablet.  It still feels disjointed, but it’s less than the disjointedness of Windows 8.1.  I think Windows 10 is a winner on a laptop or desktop.  With or without a touchscreen. On tablet? That remains to be seen, but my feeling is that Microsoft would do better to make a separate version for tablets and phones apart from laptops and desktops.  Insisting on one OS to run on everything doesn’t make sense at all.  Oh they could and should use the Windows kernel everywhere, but each context doesn’t just need accommodation…it needs it’s complete interface…one where you never leave it and things never feel out-of-place.  That’s where Apple and even Google are better.  Android tablets don’t feel disjointed like this and neither does the iPad.  Microsoft has some considerable work to do if they want to survive in the tablet and phone space.

Performance also was a bit anemic on the Stream 7.  This could be because it’s not the final version of Windows 10 but I will keep this on my tablet until the final version is out.  We’ll see if I keep it there or revert it back to Windows 8.1.