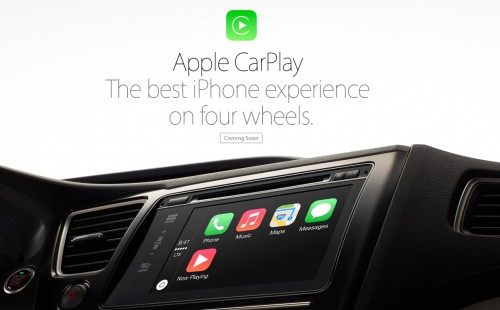 Apple announces CarPlay which makes extensive of their Siri voice control software to control your iPhone 5 (or higher) while driving. Available on select cars (initially Honda, Hyundai, Jaguar, Mercedes Benz, Volvo, and Ferrari) in 2014, the system will allow hands-free control of your iPhone and important apps such as phone, music, maps, messages as well as select third-party apps.

This system was originally announced at Apple’s WWDC conference in 2013 as iOS in the Car, which would connect iPhones into in-car systems.

Integration of iPhone controls seems  deeper than what may be available on most cars today. The company notes that Siri will integrate (where available) to the voice button on your steering wheel. Other integrations such as touch screen and knob controls have already been available for many existing Bluetooth based auto systems. 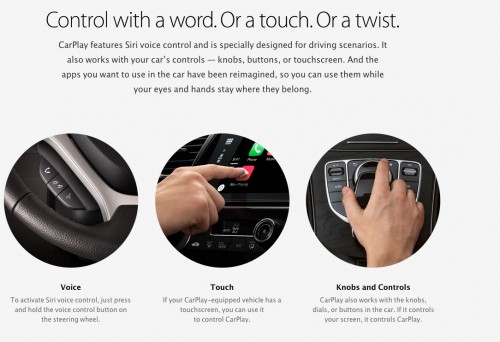 Perhaps one of the more important integrations is maps, and for now this uses the Apple Maps app for turn-by-turn directions, traffic conditions, and estimated travel time. Apple also says CarPlay can predict where you want to go based on addresses from your email, text messages, calendar, and contacts. 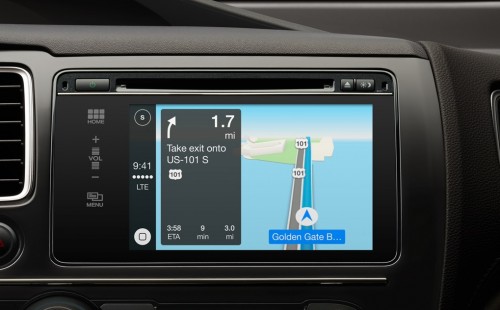 It would seem that native integration to automotive dashboards is a huge advantage for Apple. What remains to be seen is how native this integration will be. Will it completely overlook Android devices or,  as is more likely,  will car manufacturers allow for multiple dash experiences by integrating Google’s Android system? It’s also unknown what the cost of this will be. While dash based integration is nice, the experience of using just a smartphone is not all that different, and in some cases could save the steep price that some automotive manufacturers attach to this new technology.