In my first trip out to to San Francisco, I had the task of covering a very fun event. Ford’s “Further With Ford 2015”. It’s the fifth edition of the event, the first being in San Francisco. And to be completely honest I had a ball. So much so, I have #FordTrends as a favorite hashtag on Instagram and Twitter now.

In all fairness, this conference was not a job, but rather a trip. Everyone was completely nice and understanding. From my flight to San Francisco, to Ford being able to pick me up and know who I was (even though I stuck out like a sore thumb with the beard … it happens). My driver to the hotel gave me suggestions on where to eat, Sausalito, and even discussed prices if I decided to move there (and it’s pricey so I doubt that will ever happen). But once at the hotel everything was laid out perfectly.

I expected to just hear Ford talk cars and the latest and greatest features… but this was certainly not the case. Ford has started on the right path, a path not many companies, be it automotive or not are taking, and listening to the new generation. The thing about the current generation, is everything moves fast, not just the cars. Ford understands that, and after partnering with some companies like Pandora, Spotify, Glympse and more, the one thing they paid extra attention to are the future generations, and the current one, Generation Z.

It’s more than motion, it’s human progress. This is one of many statements Ford made that even creator, Henry Ford could respect in his era. Mr. Ford understood that mobility is all about freedom, and one thing that this generation doesn’t lack in the department of, is freedom.

With virtually hundreds of ways to communicate with our peers, there’s always the need for more. Ford brought out many contributors such as SAP, and a multitude of different personalities to discuss how working with Ford they plan on making life easier and more efficient for the future. 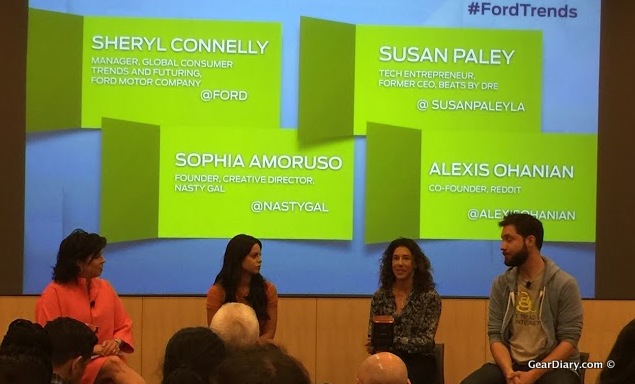 Some of the panels!

What’s the latest trend? What’s the newest app? Or in Ford’s case, what makes people’s lives better? These are questions that arose since their last Further With Ford convention and seems as if the popular automobile company has their finger on the pulse. 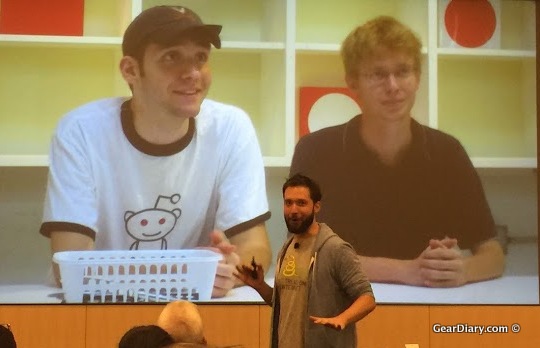 Even Co-Founder of Reddit, Alexis Ohanian, was in attendance

Currently there are 28 mega cities, and by 2030 there will be around a total of 41, so it’s safe to say urbanization is indeed very, very real. And in Asia alone, driving has a lot of growth due to the dynamic shuffle of life and people’s wants needing to be met. Think about it, anywhere you go, you can ask a person what they want and even at a Starbucks it’s the same thing.

And it’s the truth. With companies like Ford, they are attempting to not just be known for their Mustangs and Expeditions, but they want to look into the future and fix what they can, now. Just in Washington, DC alone, parking is terrible. God forbid you cannot park, which goes for quite a few folks. So Ford is looking towards selling some of their smart bikes, the MoDE series that might alleviate that problem. 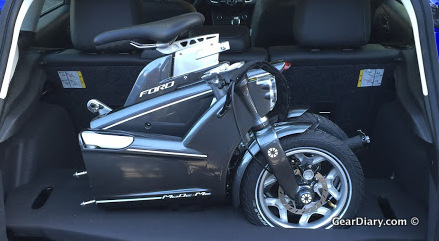 Easily accessible and removable from your car trunk, they plan on making sure their bikes are not only convenient, but safe. With features like turn signals, and even an adjustable sensor at the rear that will alert you through the handlebars when a car has gotten to close to you. 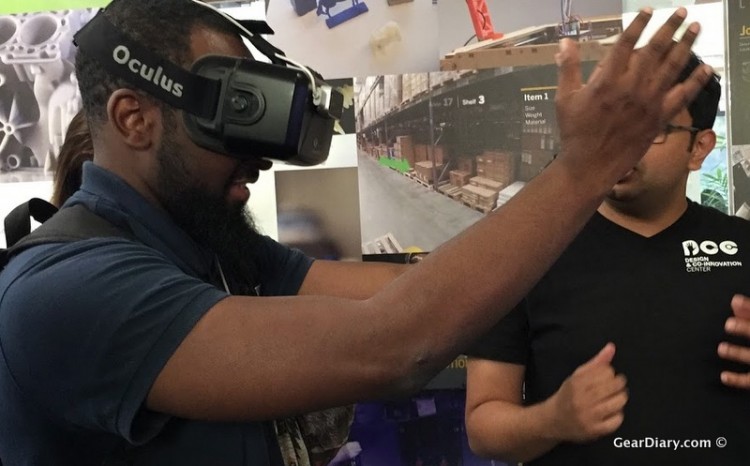 Testing some a pair of Oculus goggles that will make you not only interact with orbs and the like. Will be very helpful in hospitals, including predicting injuries.

This isn’t even the half of the things I’ve seen at the convention. Between my ventures to see places like the Painted Ladies and the Golden Gate Bride, down to seeing the home from Full House (because who wouldn’t, and why?) the automobiles I drove in were downright gorgeous, from top to bottom, inside and out. But what made me love them more was the integration of new technology from SYNC 3 that makes Ford so innovative, even more-so than their competitors.

Each car had its own destination for us to go on so Chloe (of Chip Chick) & I, along with a newfound friend by the name of Choy went about exploring the city of San Francisco in Ford’s newest fleet. Although getting lost in route to Golden Gate (which is described later- GPS issue), we discovered that the vehicles themselves are very fun to drive. We had the opportunity to test the Escape and the Mustang, with the Escape going first. 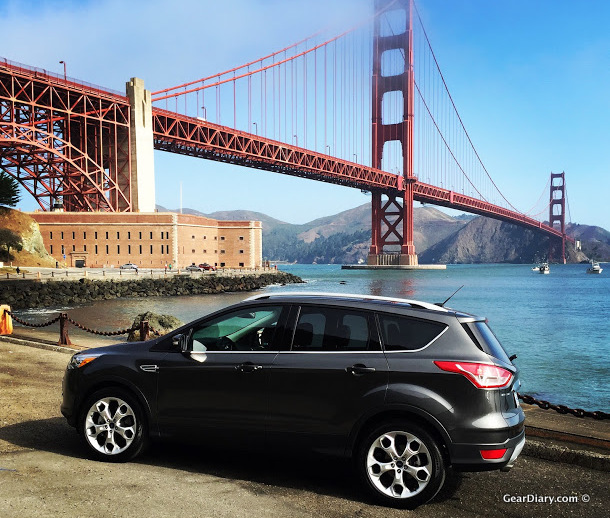 I will say the Escape isn’t for me personally, but I did enjoy the ride of it. The dash was great and the features were top of the line. I did feel as though the Escape was a bit heavy for a mid-size, and the fact that it felt like most of the weight being on the driver’s side was a bit odd. We tested the smoke grey model, but we personally wanted to try out the colorful options because the Escape is pretty stylish. 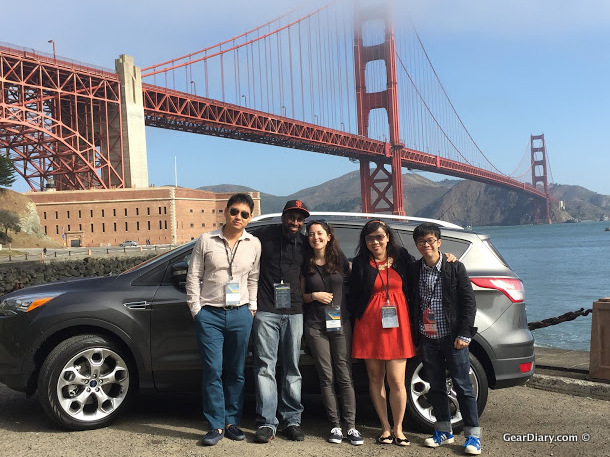 Chloe of Chip Chick & I with our new friends, courtesy of Ford

The Mustang is what everyone came for, and it didn’t disappoint. Naturally being in Giants territory, I HAD to ride Orange. It’s the only way. After having them beat the dodgers 6-0, it was a treat to show off a bit on the road. Chloe rode with us in the hard top version, as well as testing out particular features of one with the top down. 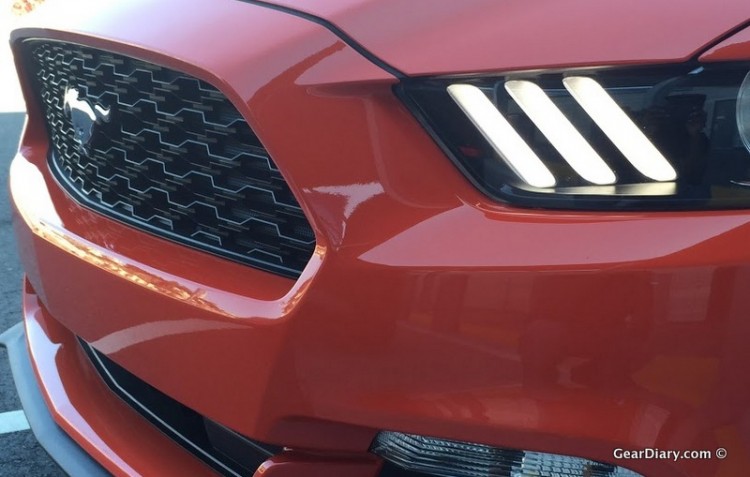 The features are everything you’d expect from a Mustang of course, but Ford’s Sync 3 system seemed to be super fast, from jamming out to Pandora, to being able to recognize names of places. For instance, getting to the Alcatraz pier, I literally could either type a few letters and it received it instantly. Pandora didn’t miss a beat at all either, which I can’t even get to happen on my phone. 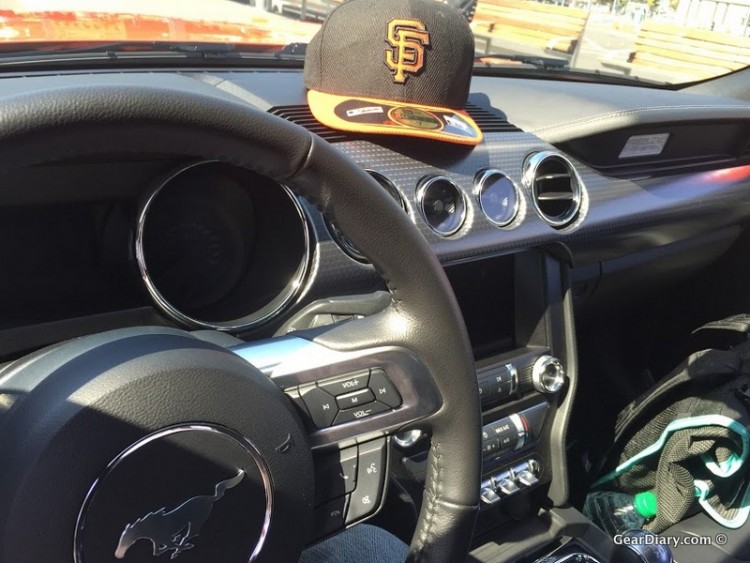 With Ford implementing systems like a carshare program that feature things like one-way rentals and guaranteed parking… living in a urbanized city is a whole lot more bearable. Imagine being able to literally just look at a third-party app on your phone and know “hey, there’s a spot, and it’s designated for the car I’m driving.” Sounds cool right? Now just imagine the features that come with it. 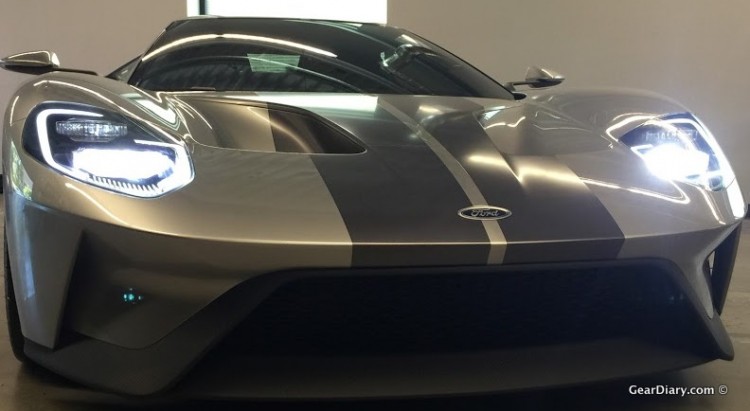 Oh this was a parting gift from Ford to everyone who attended, we each received one. Not.

Remember when we discussed some folks not being able to parallel park? I’ll admit I’m personally not a pro at it myself, but I do know that Ford’s “Mobility Solutions” such as assisted parking are great. I’ve seen them with my own eyes. Now when I say “assisted parking”, this isn’t “hey you put your foot on the gas, now take it off, okay now turn the wheel a bit”. Not the case at all. I sat in awe when I watched Joe of Joe’s Daily stand outside of the car and watched it “Remote Park” itself. This is innovation that we need in the tech world.

What I’m trying to say if I haven’t already is, Ford has truly gone “Forward”, and they can even go beyond… our expectations. It takes a lot to wow me, and with a lineup like theirs, with mid size cars like the Escape which I had a chance to test out it’s (currently in the works) SYNC 3, I loved it. The GPS only had a minor hiccup when it came to giving directions to a particular Pier I needed to be to on my road testing, but it was fast, nifty, and can only get better. Spotify’s integration was great on the Premium version that I have. Syncing yourself to the car took two button presses and my iPhone 6 Plus recognized it instantly. 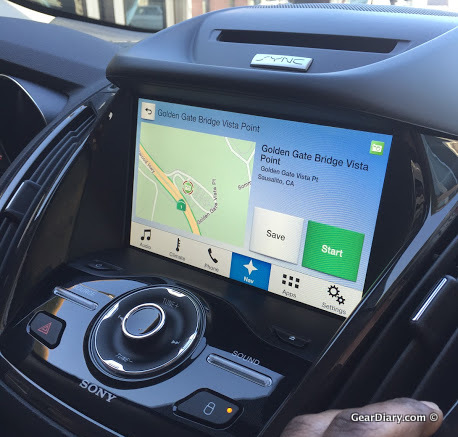 With my trip now being over, I personally cannot wait to see what’s next for Ford, and how they will top themselves after pulling out all of the stops at their 5th Annual Forward With Ford convention.

And just as a reminder: Sheryl Connelly is the best dressed person at Ford, Sorry Mark. 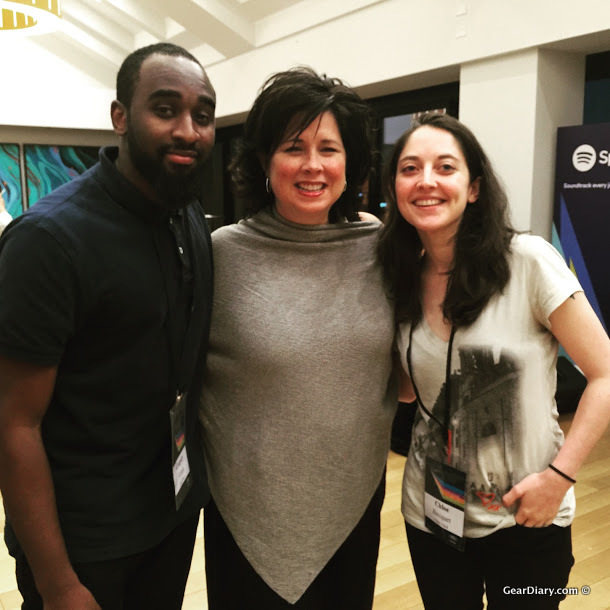 Disclosure: Ford paid for my travel, room, and meals; there were no conditions or expectations made regarding what I chose to write about with regard to my experience.