Last week Google rolled out a pretty big update to Google Now. Among those updates was a sneaky trick; if you have an Android 4.4 device, use Google Now to search “Ok Google Everywhere”. Now head to your Google Now settings and select “Ok Google detection”. You now have Google Now everywhere! 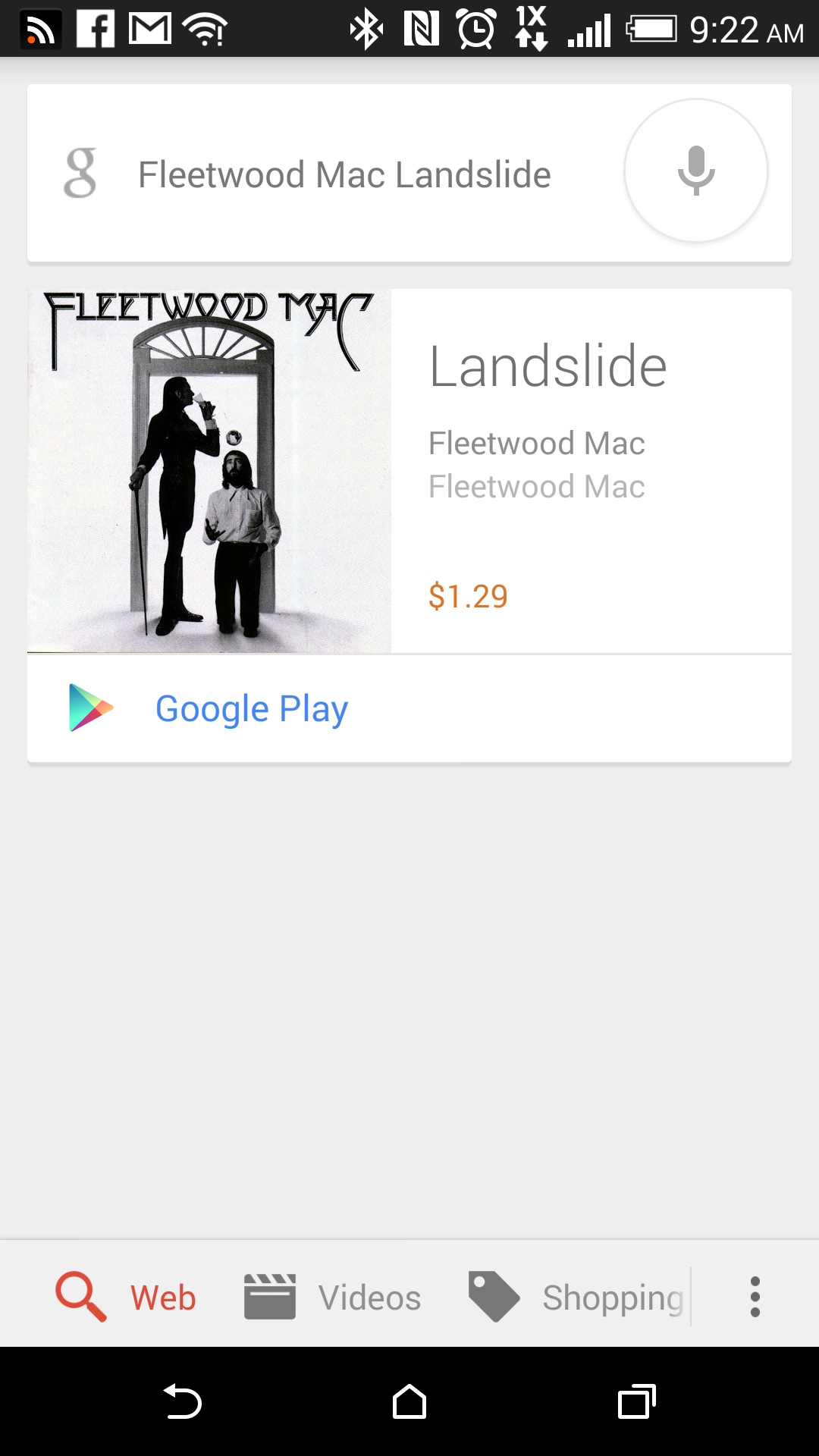 Judie, Dan and I discovered this fun trick Sunday, and so far I haven’t noticed a major battery hit on my HTC One M8. It has prompted me to discover some very cool tricks that Google Now has up its sleeve. For example, this morning I was driving to work and a song I didn’t know came on the radio. Without taking my eyes off the road, I was able to ask Google to listen to the song and identify it for me. I didn’t even have to touch a single button on the car itself to trigger it!

Yes, some cars now have Siri buttons, or similar “voice activation” type features, but my car is old, and I’m lucky the Bluetooth can make phone calls. Google Now Everywhere is bringing a feature I wouldn’t have had until I upgrade my car to my arsenal now, which is pretty exciting.

One protip: When showing off the new feature, try not to use the phrase “Ok Google” when describing it, or you’ll find yourself accidentally Googling bits of conversation as you describe how cool your phone is!

Check out CNet’s directions for activating your Google Now Everywhere trick, and if you have an Android 4.4 device and can’t get this working, make sure your Google Search is up to date in the Google Play store.