Are you someone who spends more time on your phone texting, emailing, checking social media, and surfing than you actually do making calls? I am, and that’s why I’m intrigued by some of the larger devices available today, including the new Huawei Ascend Mate2. This $299.99 phone with the 6.1 screen might allow you to leave your tablet at home! 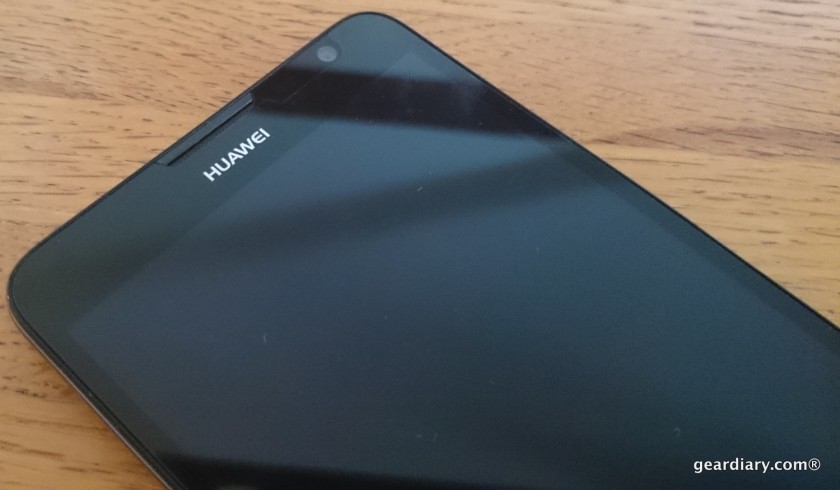 I was shocked when I first wrote about the Ascend Mate2 … an unlocked 6.1″ screen on a 4G phone with a 3900mAh battery, 13 megapixel rear camera, and a 5 megapixel front-facing camera. All that for $299.99? Sounds like a winner, right? But putting such a large phone in your hand, much less holding it to your head to take calls takes a bit of adjustment. Can it be done? I was on a mission to find out. 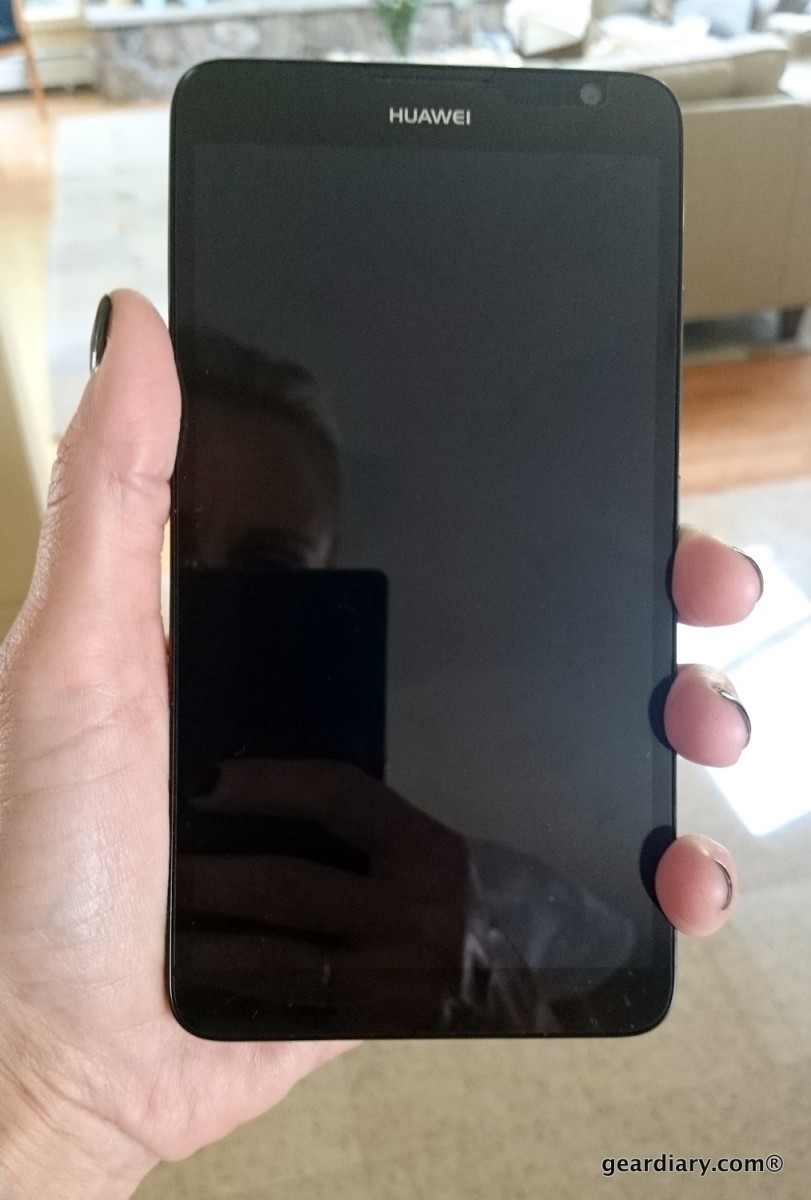 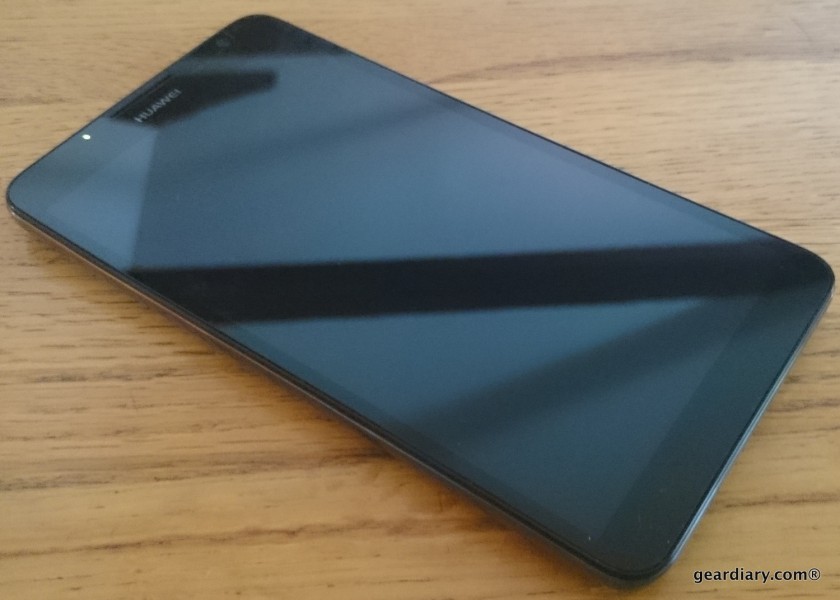 … the sides are a shiny gunmetal plastic, and the back cover is a textured black plastic. You can see the 13 megapixel camera and the LED flash centered above the Huawei logo. 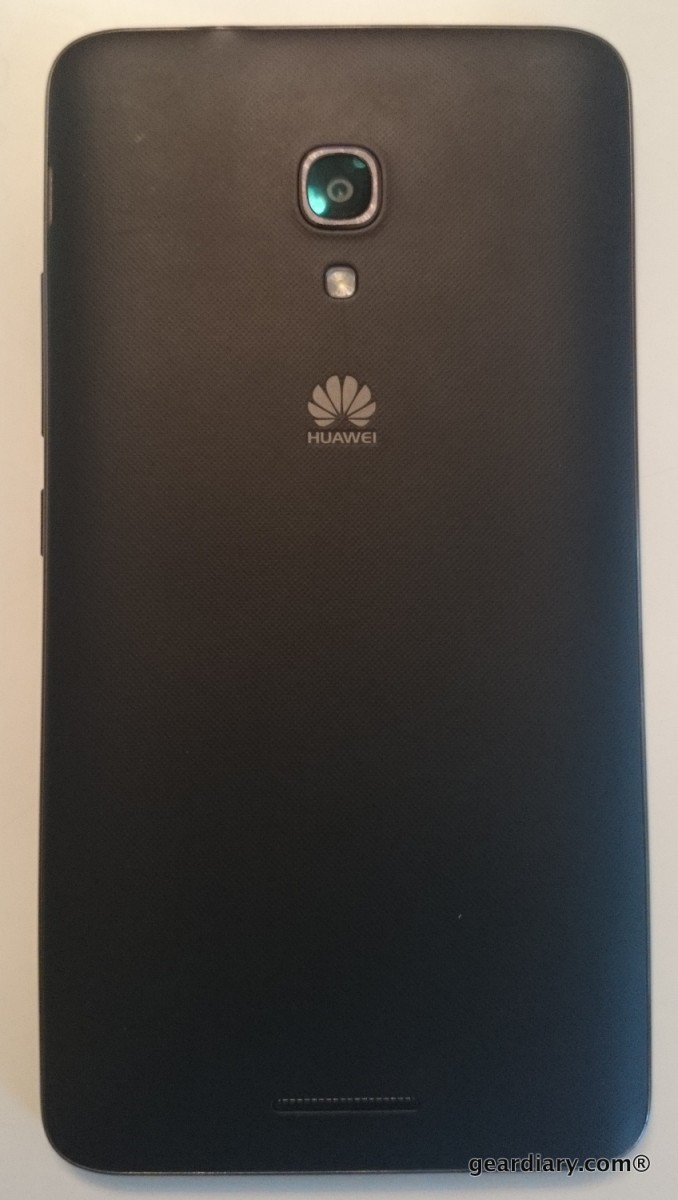 The top of the device has the 3.5mm headphone jack and a noise-canceling microphone. 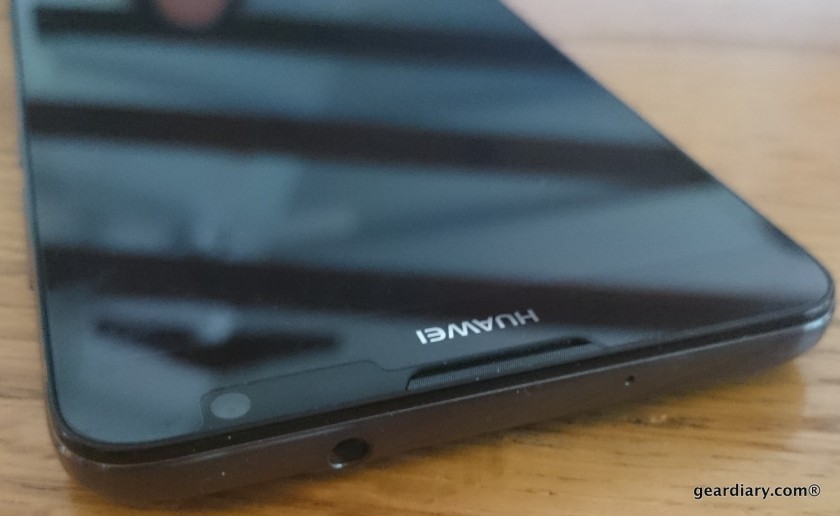 The left side doesn’t have any keys or buttons.

… and the right side has the power button and volume rocker.

You can squeeze and attempt to torque the device, but it won’t creak or give in any way, which is a good thing. I think it feels at least as solid — perhaps even more solid — than any Samsung product I’ve handled. The Ascend Mate2 may be a bit large in my hand, but I am now used to holding the Z2 (which has a 5.2″ screen), so it’s not too much of a leap. I thought that the Ascend Mate2 would be closer in size to the Sony Z Ultra with its 6.4″ screen, but I find that it actually fits solidly in the middle. Even so, the Z Ultra is a good point of comparison, since these are both oversize phablets. 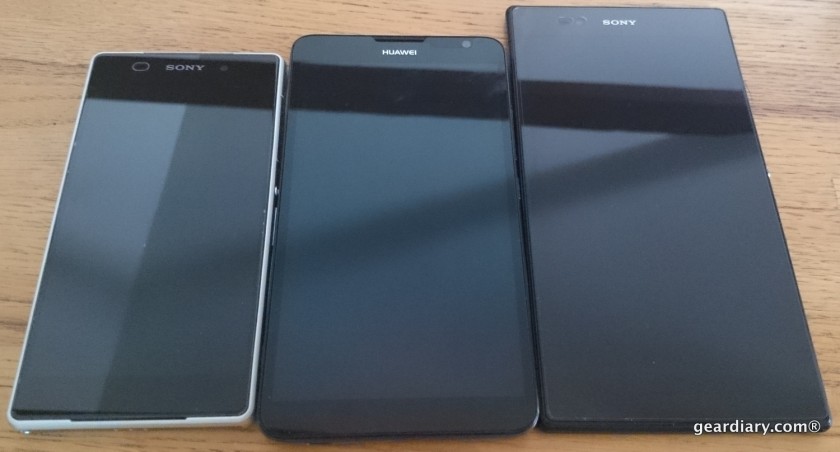 The Ascend Mate2 has a 1280 x 720 pixel screen; the Sony Xperia Z2 has 1080 x 1920 pixels, and the Xperia Z Ultra has 1080 x 1920 pixels, so right away the Huawei might appear to be at a disadvantage. But here’s the thing; sure, if you are looking at both phones at the same time, you might notice a difference. But why would you be doing that? In other words, you probably won’t notice or care unless you are feeling overly critical. I can guarantee that if you are trying to keep your phone in a pocket, the Huawei will fit better than the Z Ultra, and it will be less likely to snap in two, so theres’s that to consider., too. 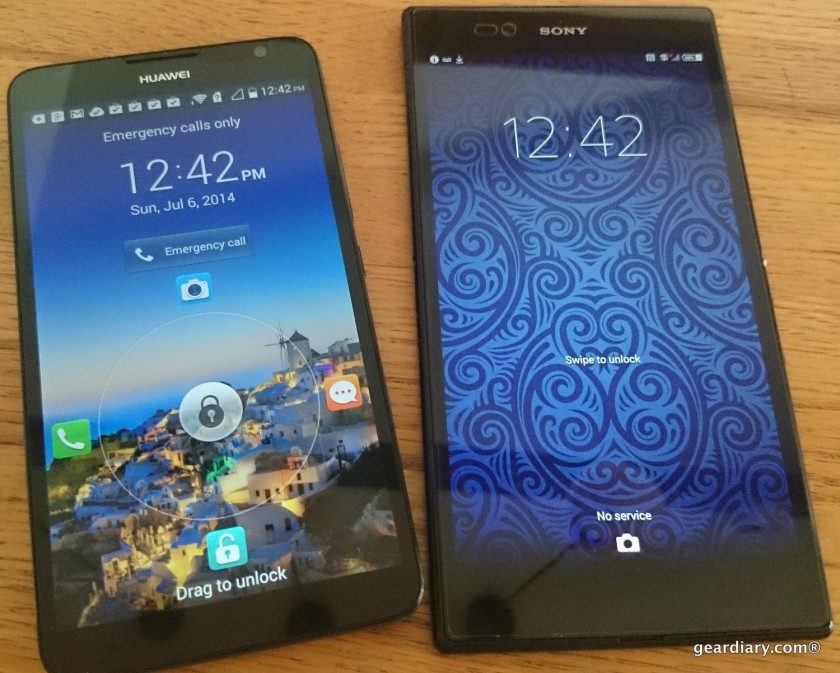 The Huawei Ascend Mate2 has a Quad Cortex A7 1.6 GHz Processor, while the Ultra has a 2.2 GHz quad-core Snapdragon 800 processor. I honestly couldn’t see a difference in speed when using either. The Ultra has a 3050 mAh battery, the Ascend Mate2 has a huge 3900 mAh battery, which is even more impressive because you can get an optional reverse charging (AF16) cable so that you can use the Ascend Mate2 to charge your other mobile devices. That’s a pretty handy feature to have, and in a battery that large, there is power to spare. Or if you aren’t feeling generous enough to share your mAh, you’ll have a battery that will last for more than a day of the hardest use.

The Huawei Ascend Mate2 comes with 2GB RAM & 16GB ROM, but the number you need to remember is 12.28GB, because that’s the amount of memory actually available for the user. If you don’t think that will be enough, you can always add up to a 64GB microSD card.

The one thing that I was a bit surprised by was that the Ascend Mate2 runs on Android 4.3 rather than 4.4. Up until just a few days ago, I wouldn’t have thought it was that big of a deal that the update hadn’t yet been pushed through — and it may well be pushed through soon — but with the recent update of the Google Now app, so that it will work from any screen on Android Phones running 4.4 and up, it’s a bummer that the Ascend Mate2 isn’t yet able to take advantage of the upgrade.

What this basically means is that on phones that have the Google Now update, you won’t have to actually be in Google Now app to say, “Okay Google” and then use voice commands to control your phones functions handsfree. This is considered a major selling point of the MotoX, but now it available for all phones running Android 4.4 or higher. You can install the app Open Mic to get much of the same functionality, but I digress.

I should mention that there are a couple of things I’ve found that are unique to the Huawei Ascend Mate2’s interface: for one, instead of creating folders full of apps on the launcher screen that you’ve selected from a greater pool of apps on the device, there is no “app drawer” so to speak; instead, you’ll see all of the apps on your main launcher screen pages, and you can arrange them into folders from there. If you’ve ever owned an iPhone, you’ll feel right at home. I think it is actually a much more efficient system that what I am used to on other Android devices.

The 13MP rear-facing camera is not too shabby; because there is a flash you can take photos in lower light situations. I found that the camera did very well in close-up situations, and most outdoor photos were pretty good — except when it was too bright outside and things seemed to wash out a bit. 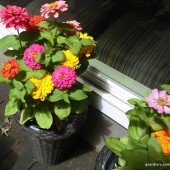 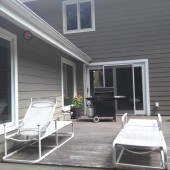 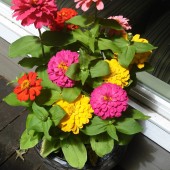 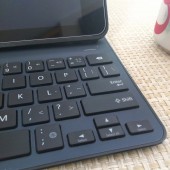 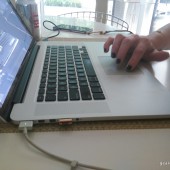 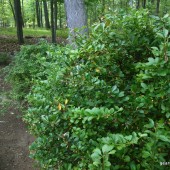 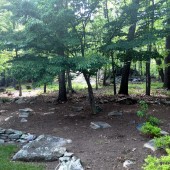 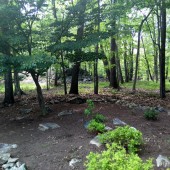 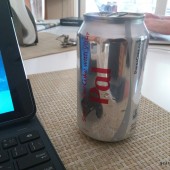 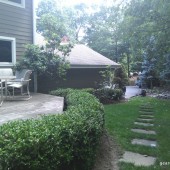 I am honestly impressed that a phone this big, this relatively powerful, and this unlocked is only $299.99. Huawei has managed to make a (very) large-screened device that doesn’t come with a $400+ price tag, and they don’t seem to have cut that many corners. Granted, it’s not yet running Android 4.4, but the Ascend Mate2 is a phone that will definitely suit someone who doesn’t mind holding a big slab to their head when a rare call does come though … or who has mastered the art of wearing an earpiece. If that’s you, the Huawei Ascend Mate2 is one big phone that may make it possible for you to leave your tablet at home!

What I Like: This phone is inexpensive, unlocked, and 4G/LTE; 6.1″ screen that is excellent for gaming and reading; reverse charging capable (with optional AF16 cable accessory)

What Needs Improvement: The Ascend Mate2 has not yet updated to Android 4.4; otherwise, I have no real complaints.

Just for fun, here are some more pictures of the Huawei Ascend Mate2 compared with other popular current devices including the Moto X, the HTC One (M8), the Sony Xperia Z2, the Sony Xperia Ultra, and the Apple iPhone 5C.