It’s hard to believe but some umpteen years after Prius landed on Plymouth Rock, there are automakers just now coming into the hybrid vehicle arena. Subaru is one such nameplate, recently launching its first hybrid gasoline/electric, and it arrives on one of the brand’s newest lines that is also becoming one of Subaru’s most popular models – the XV Crosstrek. 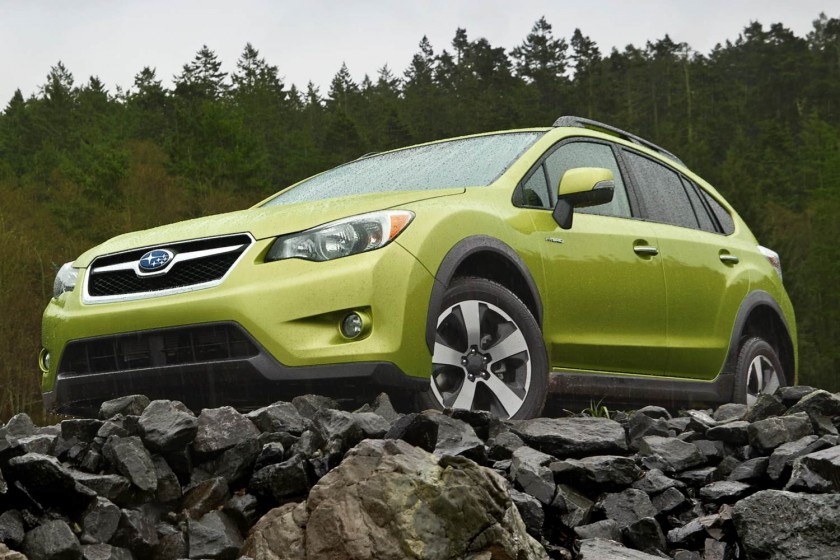 Subaru chose to launch its first hybrid model on the new Crosstrek crossover utility with all-wheel drive with the hybrid version sharing the same architecture and capability as its gasoline counterpart. New for the hybrid is additional attention for a sportier driving experience thanks to retuned suspension and electric power steering systems as well as updated technology and safety features.

The primary drive system is Subaru’s 2.0-liter BOXER four-cylinder gasoline engine mated to a permanent-magnet AC synchronous electric drive motor for a total hybrid system output of 160hp and 163 lb. ft. of torque. This is paired with the automaker’s Lineartronic CVT continuously variable transmission that sends power the standard Symmetrical AWD running gear. The results are a competent, smooth drive with fuel economy of 29 mpg city and 33 mpg highway. 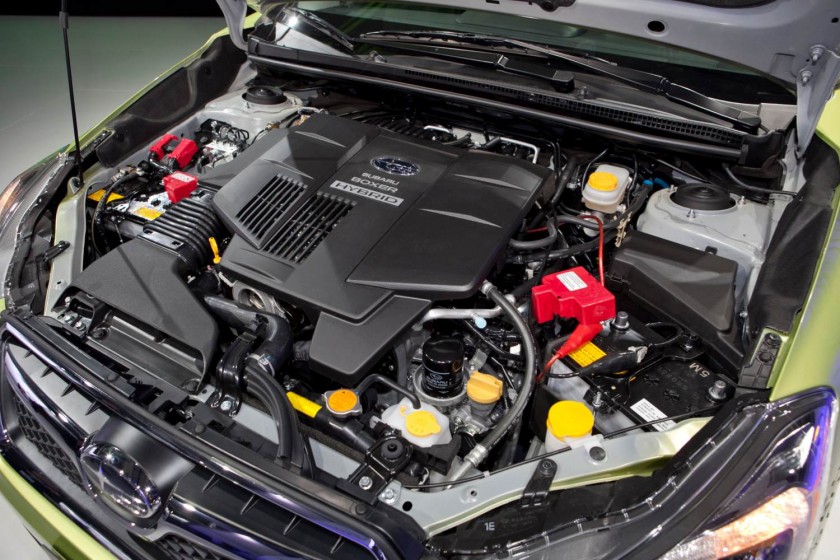 To supply power to the electric drive motor, Subaru places a 100.8-volt, 13,5 kW nickel-metal hydride batter pack underneath a revised rear cargo floor. The vehicle retains its 8.7-inches of ground clearance and loses less than one cubic foot of cargo space versus gas models. The new XV Crosstrek Hybrid also features Active Grille Shutters for improved aerodynamics at speed and start/stop function of the gasoline engine and it can be operated in EV mode for short distances under 25 mph.

The 4.3-inch multi-function display inside is on the small side when compared to other vehicles on the market today and I found the rearview camera display way too small for my tastes when backing. Our premium grade interior package was very comfortable and added attention to noise, vibration and harshness makes for a very quiet, comfortable driving experience in the 2014 XV Crosstrek Hybrid. 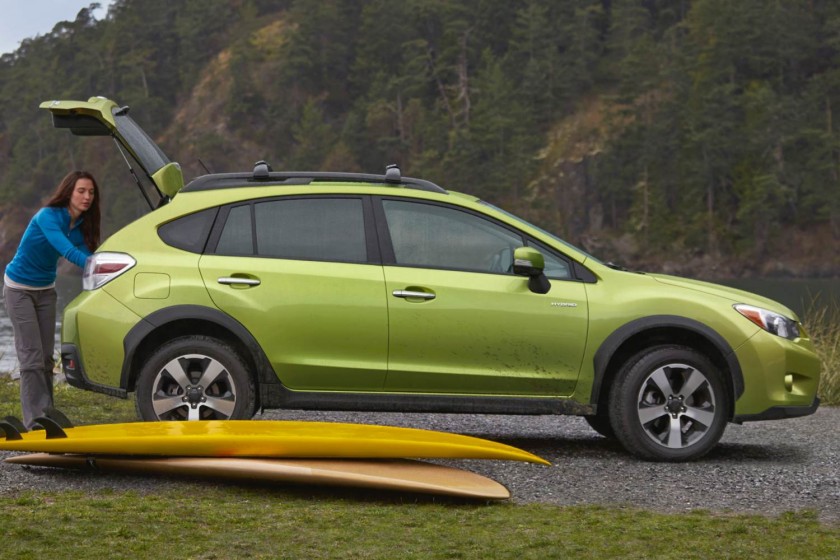 Aside from a few badging differences the new hybrid is nearly identical to its gasoline XV Crosstrek counterpart and actually bolsters the model lineup by offering a model with more power and acceleration on the same platform. Pricing for the 2014 XV Crosstrek Hybrid begins at $25,995 Base model MSRP with our loaded Touring tester arriving at just over 30 grand including destination and delivery.

While the new Crosstrek Hybrid does not deliver significantly better fuel economy over its gasoline counterpart, I would actually recommend it to buyers for all of the enhancements made to it including its quieter ride and better performance. Subaru’s first hybrid entry made one of its up and coming vehicles just that much better. 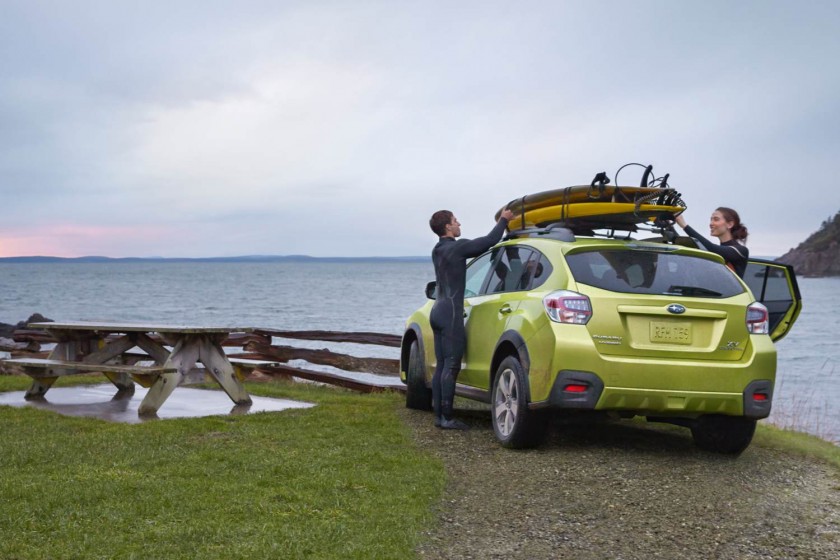