Bem’s Bluetooth Wireless Speaker Band isn’t quite the Dick Tracy Watch, but it’s close! The Speaker Band is a small Bluetooth speaker in the form factor of a watch that you wear on your wrist. Inside the speaker is a microphone, so you can take voice calls without ever picking up your phone. The Bem Speaker Band retails for $49.99. 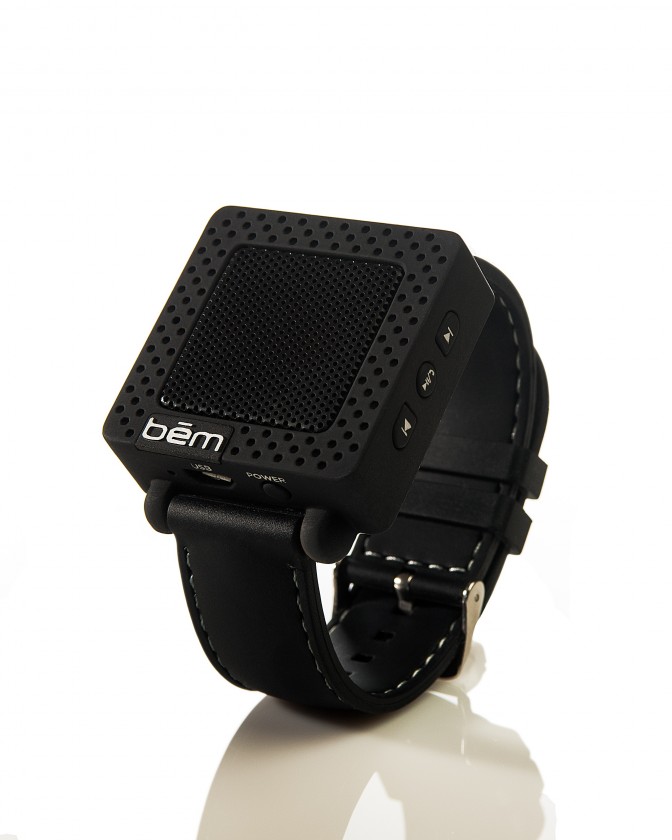 The speaker itself measures 1.5” x 1.5” and fits well on my wrist. The wristband is made of soft-touch plastic and is comfortable. The side of the speaker has three buttons: The up/down buttons control the track by tapping or volume by holding the buttons. The central multi-function button plays music, pauses music, takes calls, and ends calls. 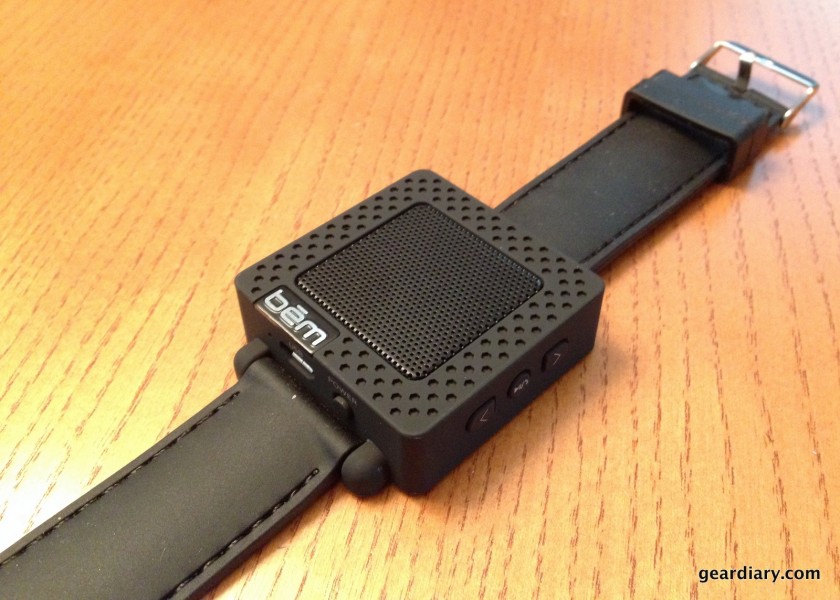 The bottom of the Speaker Band has an open microUSB port for recharging the internal rechargeable battery as well as the power button. There is also a blue LED light on the bottom of the Speaker Band to let you know that the band is powered on. The internal rechargeable battery is stated to last about 6 hours, which is about standard for such a small gadget. 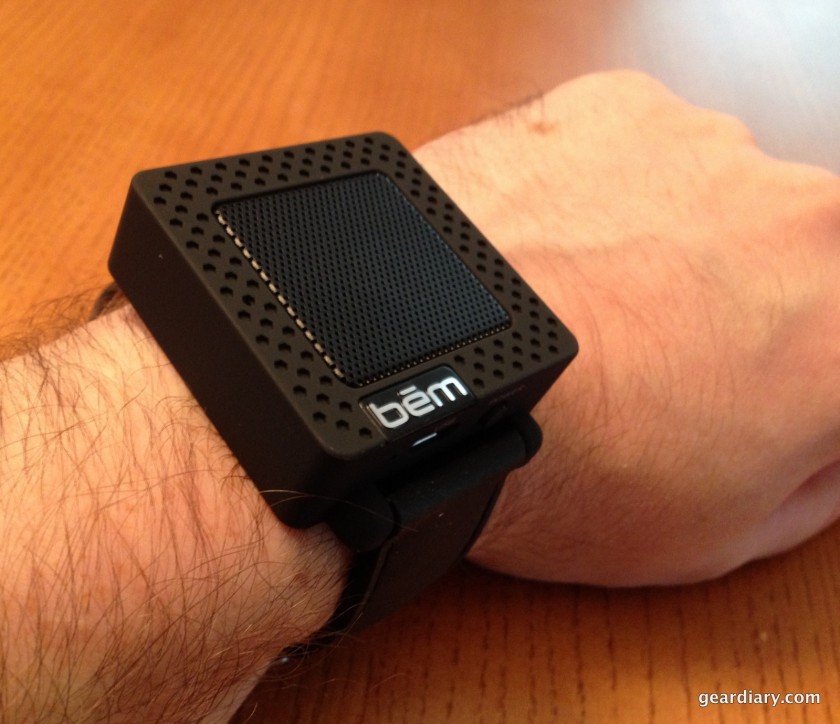 With such a small speaker, it’s hard to expect a very good quality of sound, and the Speaker Band doesn’t break the mold too much here. While playing music through the Speaker Band, the music sounds a bit hollow and not very deep. Since there is no bass woofer, as you’d expect, there is very little low-end sound.   I could imagine this speaker being good for use while running or working out, but I would not recommend it for casual music listening. 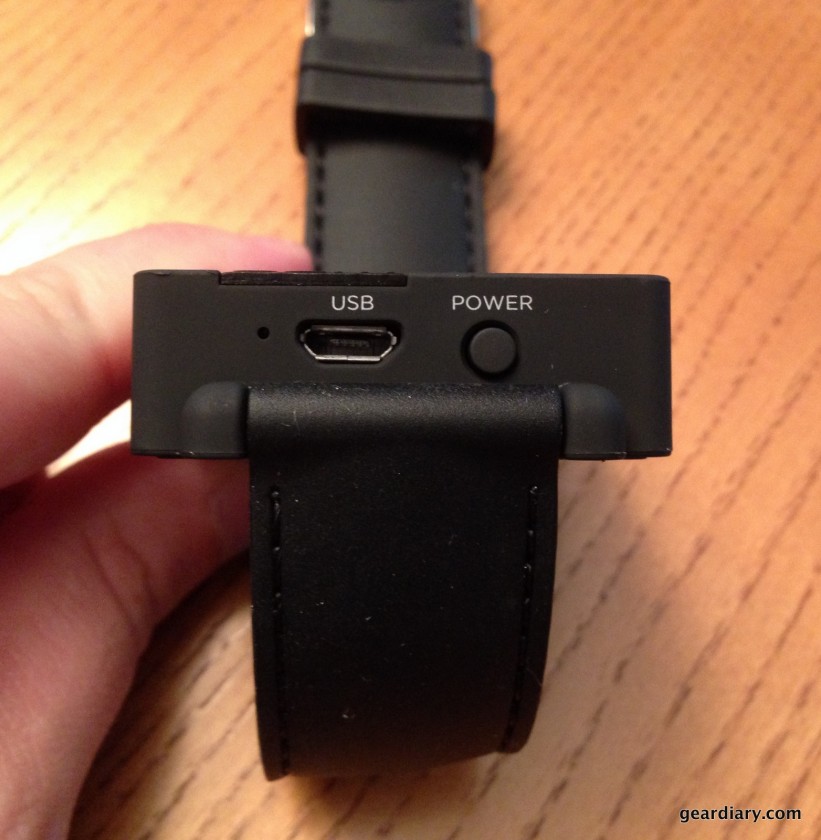 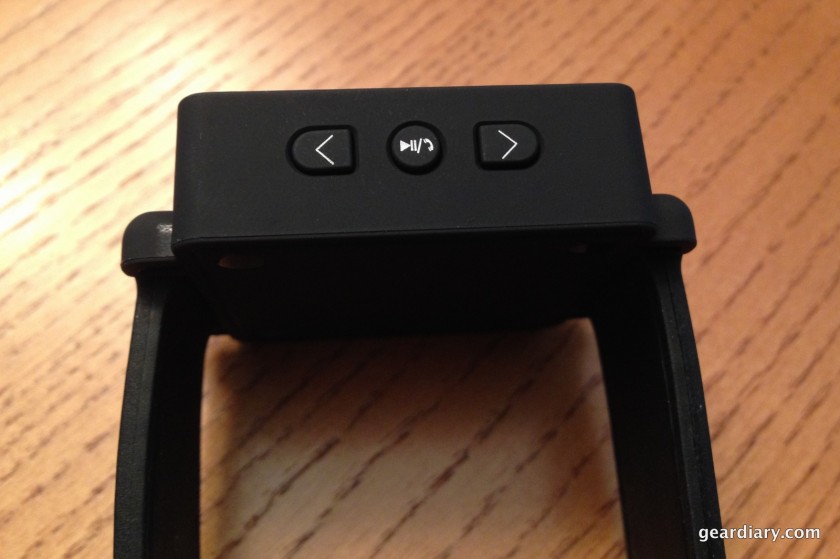 You can purchase the Speaker Band directly from the manufacturer.

Source: The Bem Speaker Band Bluetooth Speaker was provided to me as a review sample by the manufacturer.

What I Like: Small form factor; Comfortable on my wrist; Good call quality.