With the Summer in full swing, I’m at the beach or at the pool as much as possible. And as a result, I’m always playing music from Spotify or Apple Music, which can be draining to your battery. But one thing I refuse to do is to set my phone out in the sun and charge it.

The iPhone isn’t built to sit out on the deck all day, and no matter what anyone tells you, there’s no physical “case” that doesn’t leave your beautiful smartphone exposed.

So when I had the opportunity to check out the Secur Solar Media Player, I jumped at it. Boasting some MAJOR features, I had to take it out to the beach where I knew there were no outlets, so I could not only listen to my jams with the waves all around me, and still be able to leave at the end of the day with more than 20% battery life. 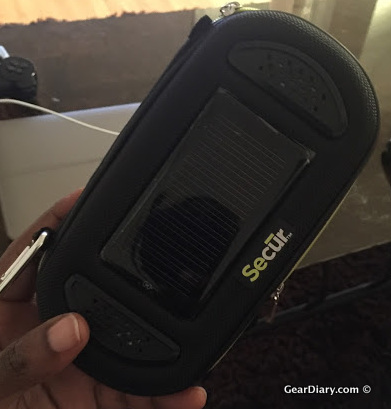 Secur’s Solar Media Player features a 2000mAh battery which is enough to charge my iPhone 6 Plus from 40% to about 70% without a hiccup. Most people would say 2000mAh isn’t enough to charge a device, and to be completely honest this is true. I am a fan of using battery packs that are 800mAh or more, but with the features of this accessory, 2000mAh will get by for now, and hopefully Secur finds a way to rectify this in the future and include maybe 10000mAh. Regardless of the fact it’s a solar-powered charger, sometimes the sun goes down, and you can’t actually rely on the solar energy. 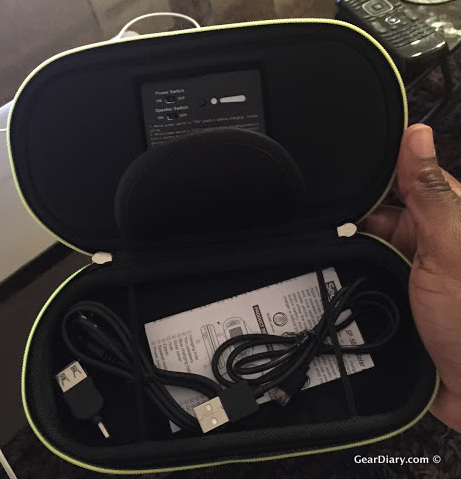 But that being it’s only bad point, the Media Player is also an amplified speaker that is not only charged by the sun, but it’s also a rainproof, dustproof, shock-proof smartphone case. I sat my Secur case in the sun for the majority of the day and didn’t have to worry about my phone overheating, which was a welcomed surprise.

The speakers aren’t supremely loud, so don’t expect to throw a pool party and be the DJ, this is not the type of media player for that. However it is perfect if you’re sitting close by and like to hear your tunes without headphones, because you should never actually sit around on the beach with headphones. It’s strange, really. 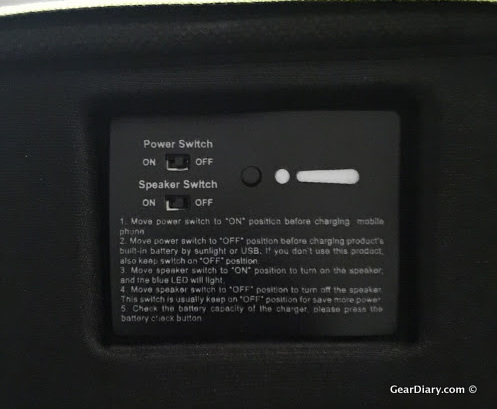 The included carabiner allows you to hang it from your beach chair as well, but I never actually used that because it’s pretty odd to me. Included is a USB cord for charging and stereo connectors which I liked. If you have an Android device it will fit your typical Samsungs, and for Apple folks, your 6+ is safe.

Overall, the Secur Media Player is a good thing to have with you at the pool, especially if you find yourself being that person who wraps their phone in a towel thinking it will prevent overheating. Fact? It doesn’t. And for $50, you can have not only protection for your smartphone, but a dual three-watt speaker, that’s not only solar-powered, but overall a good accessory to have poolside with you.

What I Like: Solar powered casing makes sure even if you run out of juice from traditional charging, if you’re in the sun, you’ll still be able to last out at the beach or poolside

What Needs Improvement: I would personally like the ability for more internal battery capacity, preferably for its size, 2000mAh isn’t enough for standard smartphones, solar charged or not