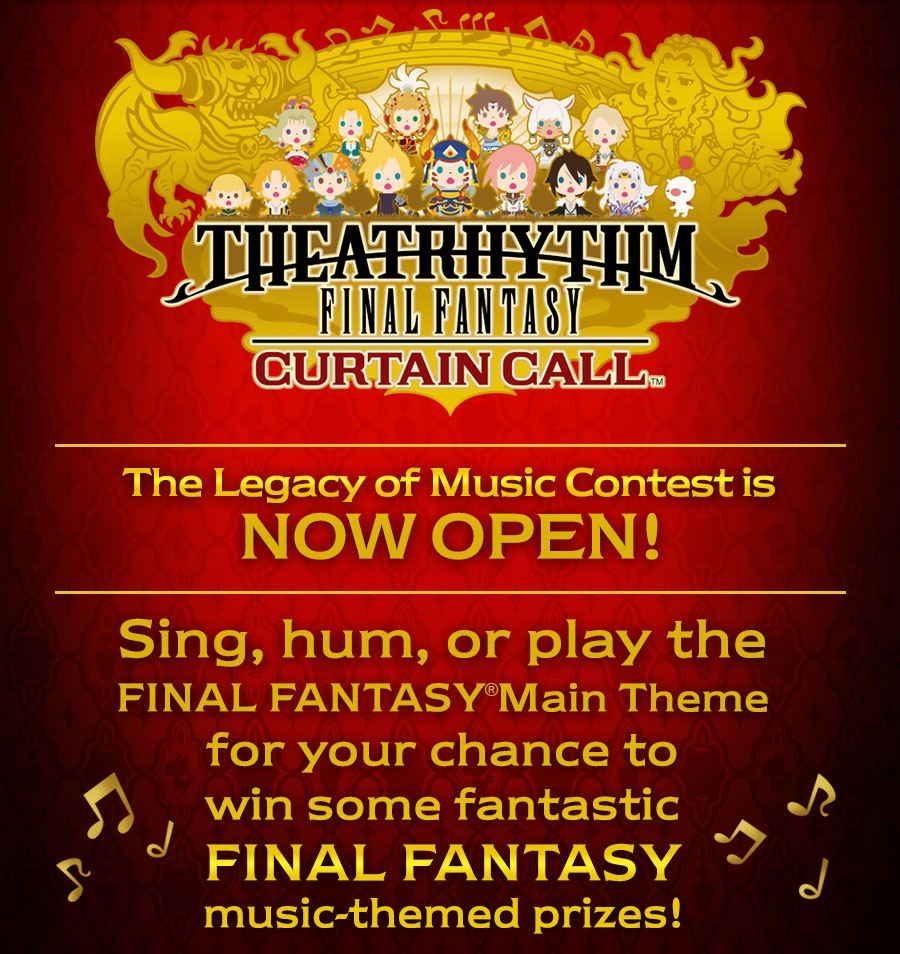 Contest participants must submit a video of themselves humming, singing, whistling, or playing the Final Fantasy main theme on an instrument of your choice. Entries will be judged based on the talent and creativity you can bring to the theme by legendary series composer, Nobuo Uematsu.

Make sure your video (in .mov, .wma., .mpeg4, .mp4, or .flv. format) is no longer than 1:30 (one minute, thirty seconds) and under 250 MB before submitting. Participants must include a sign or piece of paper visible with the name of your favorite Final Fantasy title written on it within the video submission. Do not have each member of a group submit the same entry (will be disqualified; only the person who submits the video once is eligible to win). See official rules for more details. This contest end on August 24, 2014 at 11:59pm PST.

Contest participants will get a chance to win some Final Fantasy music-themed prizes and to be featured in an upcoming Theatrhythm Final Fantasy: Curtain Call preview video. Need more incentives? Check out the big prizes:

One grand prize winner will receive:

One Runner up will also receive the signed Collector’s Edition, the 14 soundtracks, and the figure!

Theatrhythm Final Fantasy: Curtain Call, the sequel to Theatrhythm Final Fantasy, will release on September 16, 2014 exclusively on the Nintendo 3DS with new modes, special collectacards, and downloadable content (DLC) tracks. Do you the musical “chops” to create the best Final Fantasy main theme version? …here is a hint: Perform it at 120-125 beats per minute in the key of F.