There are two facts most Americans will agree are true: Women typically make $0.78 for every $1.00 men make, and you either find comedienne Sarah Silverman hysterical or offensive. The National Women’s Law Center has struck viral gold by combining these two things into an amazing video where she proposes getting a sex change to make more money.

I find the video hysterical, but I love Silverman and always have (I am one of three people who had “The Sarah Silverman Show” on DVD.) Here it is, but be warned: it is absolutely not suitable for work!

Did you laugh? Even if you didn’t, do you feel like you learned something? Besides how delightfully crude Sarah Silverman can be, of course. Silverman casually lists off the various wage issues women face, and then provides quite the pitch for supporting the National Women’s Law Center and their fundraising efforts. Wage issues are rampant among all minorities, not just women, so this is an issue that impacts everyone and their family and friends! 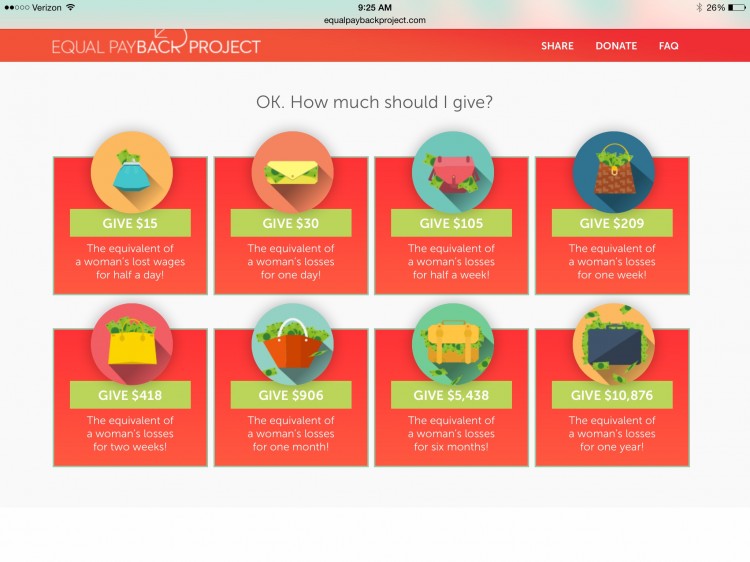 Now, it’s worth noting that there has been a backlash against the video by many in the transgender community. Transgender individuals often face immense wage and other workplace discrimination, and many feel the Silverman video made light of this. I think any offense was accidental, as Silverman doesn’t state or even imply that the gender change is a result of a desire to actually be a man…it’s more that she’s making fun of the idea that being born with one set of physical characteristics over another defines your worth as an employee.

Regardless of your response to the video, it has accomplished its goal. People are talking about and debating wage gaps! Head to the Equal Payback Project and learn how you can help make a difference!

Even if you hated Sarah Silverman’s video, consider this: equal pay means everyone will stop talking about this video!! It’s a win-win!